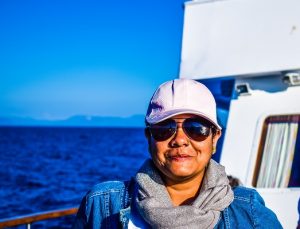 Persistent harmful socio-cultural norms, stigma, misconceptions, and taboos around menstruation, continue to lead to exclusion and discrimination of women and girls. The onset of menstruation is one of the most important changes among the girls during the adolescent year. Adolescent girls constitute a vulnerable group. The manner in which a girl learns about menstruation and its associated changes may have an impact on her response to the event of menarche. Although menstruation is a natural process, it is linked with several misconceptions and practices, which sometimes result in adverse health outcomes! The stigma around menstruation has significant health impacts on women and girls.

Hygiene related practices of the female during menstruation are of considerable importance, as it has a health impact in terms of increased vulnerability to reproductive tract infection (RTI). Today millions of women suffer from RTI and its complications and often the infection is transmitted to the offspring of the pregnant mother. Therefore, increased knowledge about menstruation right from childhood may escalate safe practices and may help in mitigating the suffering of millions of women.

Many girls do not understand what is happening when they have their first period. This is largely because mothers often do not discuss menstruation with their daughters before they have their first cycle. For example, it was seen in my research in Bangladesh, 50 percent of girls aged 10-12 knew nothing about menstruation and instead believed they were ill or dying. When any advertisement on ‘sanitary pad’ is started, parents always change the channel in a second!

Not only is menstrual hygiene a fleeting conversation, but it is also emerging as a central issue for gender equality, human rights and development as women and girls continue to be left out of cultural, education, social and income-generating activities during their periods. In West and Central Africa more than 4 in 10 girls reportedly miss at least one school day per month during their period, and about 73 percent of female factory workers in Bangladesh miss an average of six days of work and pay monthly because of menstruation. The stigma and shame generated by stereotypes around menstruation have severe impacts on all aspects of women’s and girls’!

Culturally in many parts of Bangladesh and India, menstruation is still considered to be dirty and impure. The origin of this myth dates back to the Vedic times and is often been linked to Indra’s slaying of Vritras. For, it has been declared in the Veda that guilt, of killing a brahmana-murder, appears every month as menstrual flow as women had taken upon themselves a part of Indra’s guilt. Further, in the Hindu faith, women are prohibited from participating in normal life while menstruating. She must be “purified” before she is allowed to return to her family and day to day chores of her life. However, scientifically it is known that the actual cause of menstruation is ovulation followed by the missed chance of pregnancy that results in bleeding from the endometrial vessels and is followed by preparation of the next cycle. Therefore, there seems no reason for this notion to persist that menstruating women are “impure.”

Many girls and women are subject to restrictions in their daily lives simply because they are menstruating. Not entering the “puja” or “Namaz” room is the major restriction among urban girls whereas, not entering the kitchen is the main restriction among the rural girls during menstruation in some rural part of Bangladesh! Menstruating girls and women are also restricted from offering prayers and touching holy books! The underlying basis for this myth is also the cultural beliefs of impurity associated with menstruation. It is further believed that menstruating women are unhygienic and unclean and hence the food they prepare or handle can get contaminated. According to a study by Kumar and Srivastava in 2011, participating women also reported that during menstruation the body emits some specific smell or ray, which turns preserved food bad. And, therefore, they are not allowed to touch sour foods like pickles. However, as long as general hygiene measures are taken into account, no scientific test has shown menstruation as the reason for the spoilage of any food in making! Cultural norms and religious taboos on menstruation are often compounded by traditional associations with evil spirits, shame, and embarrassment surrounding sexual reproduction.

I saw, in some parts of rural Bangladesh, many women forced to bury their cloths used during menstruation to prevent them from being used by evil spirits! It is also believed that a woman can use her menstrual blood to impose her will on a man. Besides, there are some strict dietary restrictions which also followed during menstruation such as sour food like curd and pickles are usually avoided by menstruating girls. It is believed that such foods will disturb or stop the menstrual flow. As far as the exercise is concerned, many studies in Bangladesh and elsewhere have revealed that many adolescent girls believe that doing exercise/physical activity during menses aggravate the dysmenorrhea while in real exercise can help relieve the menstruating women with symptoms of premenstrual syndrome and dysmenorrhea and relieve bloating.

The taboo and silence around menstruation make menstruation a non-issue. Despite making up half of the population, women’s requirements are overlooked and neglected, sometimes even deliberately ignored. This low priority and lack of attention at all levels—from international policy-making to the private sphere—has devastating impacts on women and girls’ lives. It prevents women from reaching their full potential and achieving gender equality. Shame, secrecy, embarrassment, fear, humiliation, silence, taboo, stigma— these are just some of the terms often used to describe feelings and perceptions around menstruation. To some extent, this perception of menstruation is a paradox, given that motherhood is glorified. However, menstruation is not perceived as ‘feminine’, it does not conform to the stereotypical role and behavior of women. Such stereotypes require women to be beautiful and beautified, deodorized, and fresh, not bloody and smelly. Hence, women and girls are expected to hide menstruation and go to great lengths to conceal it.

Women and girls feel embarrassed and ashamed about a natural process. They lose days of school and work with far-reaching implications for their education and livelihoods. They are subjected to cultural prescriptions that may amount to harmful practices.

The contribution of the human rights framework lies in drawing attention to the plight of women and girls who are not able to manage their menstruation adequately by highlighting States’ and other actors’ obligations and responsibilities with respect to menstrual hygiene. The framework of human rights and substantive equality requires guaranteeing women the exercise and enjoyment of human rights on the basis of equality. Any practice that prevents gender equality or that allows for stigma, prejudice, and discrimination against women and girls must be eliminated and replaced with a practice that promotes human rights. In the case of poor menstrual hygiene, or cultural, social, or religious practices that limit menstruating women and girls’ capacity to work, to get an education, or to engage in society must be eradicated.

This requires taking account of biological differences, i.e. the fact that women and girls menstruate and adopting appropriate solutions for ensuring good menstrual hygiene practice. Yet, these biological differences are but one factor. Even more importantly, the human rights framework requires tackling the socially constructed perceptions, taboos, and stigma around menstruation. In this regard, human rights reach into the private sphere: each and every one of us can contribute to addressing the stigma through our attitude towards menstruation, through our language and communication, and our actions.

Acknowledging menstrual hygiene as what it is a fact of life and integrating this view at all levels will contribute to enabling women and girls to manage their menstruation adequately, without shame and embarrassment with dignity.

1. Eshita BSN, knowledge of menstruation and practice of menstrual hygiene among adolescent girls in selected slums of Dhaka city, 2015-16, SUBJPH, 6(2)-7(1):19-24
2. Chawla J, Matrika The Mythic Origins of the Menstrual Taboo in the Rig Veda. 1992. [Last accessed on 2014 Aug 09]. Available from: http://www.matrika-india.org/Research/MythicOrigins.html .