“My grandma started body-shaming me when I was just 12. ‘Don’t laugh, all your body parts are shaking’, ‘Don’t eat rice, your breasts will get even bigger’, she’d say. I did everything she said; I thought something was actually wrong with my body.
So that year, when my neighbour’s dad recorded me bathing through my window, I felt like I deserved it. He threatened to upload it if I didn’t meet him at a hotel room. Luckily, I smashed his phone and threw it away. That ended there, but the assault didn’t.
I was molested by my dance teacher’s dad. He walked in on me changing, groped me and inserted his fingers in me; I felt like a dead body. I pushed him and ran out. 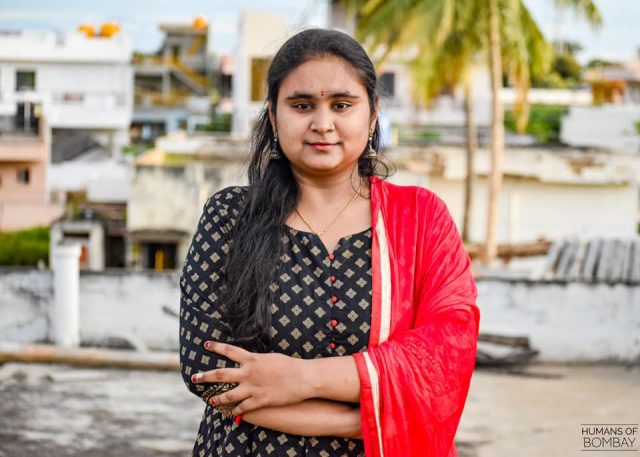 I knew it would happen again; after all, my body wasn’t meant to be respected. And it did– but this time, in my own house. I woke up one night to find my uncle next to me with his hands on my breasts. I kicked him and spent the night on my staircase.
I was furious, but never told anyone; I wrote about it. But my brother read my diary and told my family. Dad didn’t believe me. Mom advised me to not be upset because it was ‘in the past’. Grandma said, ‘Obviously this will happen to you. Look at your big breasts. You’re asking for it!’
I was 16 and I believed her– I cried for hours. I hated my body so much that I started skipping meals. But I’d just end up binge-eating later. I didn’t want to live. I’d have panic attacks; often before my dance performances.
I reached my tipping point when I was molested that year by my make-up man. I stopped dancing after that. For the next 1.5 years, I focused on my studies and did an internship, until one day, when one of my gurus called me for a performance. I was hesitant, but they needed me urgently. So I went.
Just before going on stage, I broke down; it hit me that I’d given up what I loved for no fault of mine. I started dancing again after that.
I was dating someone at the time and confided in him about the makeup man incident. He said, ‘You should’ve been more careful’. He ignored me for the next 3 days and then started body shaming me. I ended it when I found out he was cheating.
It was crystal clear; I was all I had. Only I could make myself believe that none of this was my fault. I decided to be patient with myself and do all the things I love. I wrote more and set aside 30 minutes daily for dancing. I even got accepted into 2 of my dream Master programs; I decided to do both!
I’m currently doing my second Masters in Clinical Psychology and working hard to be a trauma therapist. I don’t talk to my grandma at all; I’m happier this way. I’m a long way from recovering, but I’m trying. Some days, I just look in the mirror and say, ‘You’re good enough.’ They’re small steps, but I’m a little happier, every day.”

The Stories of Female Bangladeshi Migrant Workers in Saudi Arabia