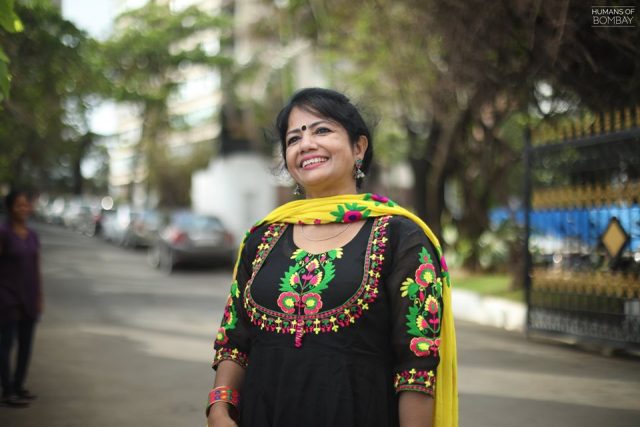 “My love for dancing began when I was 2. My parents and I had gone for a movie and I jumped from my mother’s lap and danced when ‘Jai Jai Shiv Shankar’ came on. I even started training in various dance forms, and at 14, I performed in front of a crowd for the first time! Things were great… but one day my dad suddenly passed away because of a heart attack.
After that, my mother didn’t want to take my responsibility. She even refused to pay for my education. I was in 9th, and sustained myself by dancing at shows where I’d earn Rs.125 per show.
When I was 18, I met another dancer at a performance and we fell in love. I wanted to get married — but my mother disapproved and asked me to leave. I had nowhere to go, even relatives couldn’t help — so to stay together, I got married to him.
I was excited to start our life together, but I didn’t realise how much he’d change after marriage. He was a dancer himself, but he didn’t want to be married to a ‘dancer’ — and asked me to quit.
I couldn’t leave him, so I had to leave dancing.
He wasn’t earning enough so we moved to Bombay for better opportunities, but things didn’t improve. That’s when I started performing again — to earn our bread and butter. Slowly, I started getting work but he still didn’t.
Overtime, I garnered a name for myself and did shows abroad. I even worked with stars like Manisha Koirala. He couldn’t stand this, and started fighting with me. He’d call me names like ‘nachene wali’ — and would make me feel cheap.
Once, he even barged into my show and after my performance, he slapped me in front of everyone. I was broken, I didn’t know what to do.
I still stayed with him, because I thought I had no way out. Soon I got pregnant, but even then he didn’t stop. He blamed me for his failures. When my daughter was two, we had a nasty fight. He beat me up so badly, that I thought I was going to lose my legs. I got so fed up with everything…that I tried to jump from my window and kill myself, but my neighbour heard us and saved me.
My breaking point was when he started having affairs, and wanted to marry someone else. I’d stuck around for so long and sacrificed so much, but it took him only a minute to kick me and our daughter out. I put on a brave face, got divorced and moved into a rented home with my daughter.
I faltered for a while, but I used my savings and built a dance academy. I started it from my building compound, but I worked hard, and today I have a huge academy where I teach over 200 students!
It’s been 15 years now, and I’m finally standing on my own two feet. I don’t have anyone deciding anything for me, or telling me what I’m worth and what I can do. I’m making my own decisions, and pursuing my dream. I love my work, and I know for a fact that I have nothing to be ashamed of.”