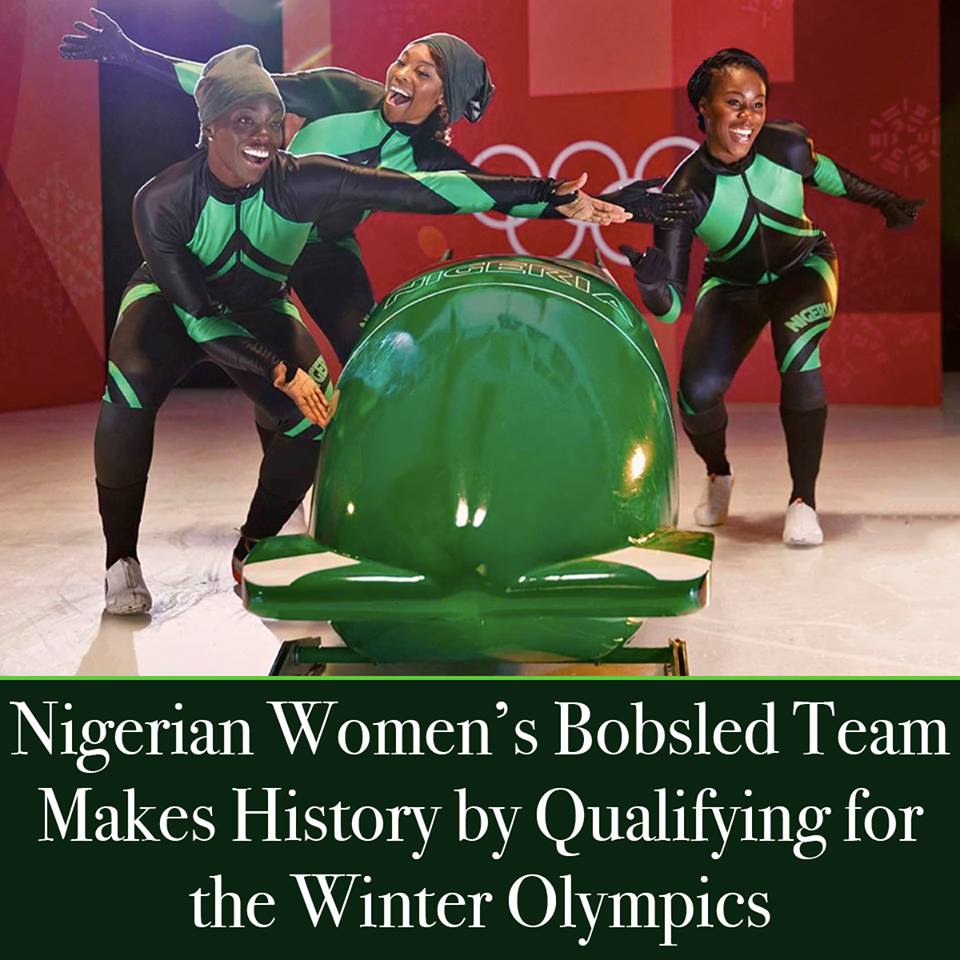 The Nigerian women’s bobsled team made history this week by becoming the first Nigerians to ever qualify for the Olympic Winter Games! The team, who first started training last year with a wooden sled made by one of the women, will also be the first bobsled team from the entire continent of Africa to compete at the Olympics. “We are from a continent that would never imagine sliding down the ice at 80 or 90 miles an hour,” observes the team’s driver Seun Adigun. “The idea of getting people to take to that, in itself, I think is empowering.”

Making it to the Winter Olympics started out as a grassroots project for Adigun, a U.S.-based former sprinter who ran for Nigeria in the 2012 Summer Olympics. Last year, she recruited two other U.S.-based Nigerian sprinters, Ngozi Onwumere and Akuoma Omeoga, to join her as brakewomen. Adigun made their first practice sled herself last year. “I just went for two or three days straight, just hammering and drilling and sawing this wooden sled together,” she says. The women then used a crowdfunding campaign to move to practicing in a real bobsled on ice, and eventually through the five qualifying races necessary for the Winter Olympics. They completed their final qualifying race this Wednesday at the North America’s Cup in Calgary, Alberta.

“Their hard work was inspiring, and I hope Nigerians can appreciate what it took for them to achieve this — the work, the discipline and the personal sacrifices,” said Nigerian Bobsled and Skeleton Federation President Solomon Ogba after the final qualification race. “They were amazing throughout this journey.” If the team medals in South Korea, they will make history once again as no African athlete has ever made the podium at the Winter Games – and the women are determined to be the first. “We all want to bring that positivity back to Nigeria and that should be the primary goal,” Onwumere says, “that we can work together and we can achieve together.”

Congratulations to Nigeria’s Olympic women’s bobsledding team on their success!