‘I know how this industry works, what is your rate — I’ll pay you more!’ 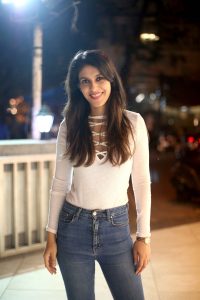 I used to be very skinny as a child. It got worse when I got Dengue and I was skin and bones — people often joked about it and asked me, ‘does your mother not feed you at home?’ In school, during sports, no one ever threw me the ball. This one time when I was in the 9th standard, as a joke they decided to throw the ball to me really hard— I caught it, and fell down! — I ran to the bathroom as all my classmates started laughing.
I was very low on confidence during this entire time — I had braces, glasses and on top of that nothing fit me! For my 18th birthday, I decided to change that and went to my tailor and created my first ever piece from him — it was a beautiful red that I got so many compliments for — I was thrilled!
I kept making clothes for myself after, and that’s how my tryst with designing began. Even though I knew I wanted to be a fashion designer, my family and I thought it was best if I went forward in a different field because it was considered ‘unsafe’ and very competitive.
I began to work with a retail design company, but I kept creating my own work wear and every time I wore my creations, people always asked where I got them from. Finally, I decided to give it a try and participated in a 2 day exhibition where I completely sold out all my pieces — that’s how I decided to get into it full time.
I was 22, young and ambitious — I started at the very bottom. I’ve gone door to door with suitcases filled with my pieces, bootstrapped and saved every penny to get myself a tiny 180 square foot store — Je Couturier. It was a one man show, but I enjoyed doing every little thing myself. Because I was just starting out and I was a custom fit brand, I didn’t do walk ins, but one day this man walked in and sat down in front of me. He was educated, wore a suit and said he was going to give me a lot of business. He then sat down in front of me, spread his legs and said, ‘take my measurements’.

I was shocked…I said I can’t do that and that he could try on our ready sizes and then my master would go to him tomorrow to take measurements — but he refused. He started yelling and saying, ‘is this the service you provide?’ He then blocked my way and refused to leave — he was there until 9 pm and only left once I called up my dad and asked him to come outside. He didn’t stop though, the next day he called me and said, ‘I know how this industry works, what is your rate — I’ll pay you more!’ I was 22 and naively thought he was asking for the price of our pieces — but within a few minutes he passed more lewd comments and I hung up. He only stopped calling once we threatened to report him.
I was shaken after this, but determined to prove a point. I worked harder, took on more clients and moved into my dream store — all because I had faith in myself. Ever so often, we hear about harassment and feel sympathetic but what good will that do? The only way is to rise and fight — women are strong and relentless and it’s time we own it — we aren’t damsels in distress —we’re warriors.”