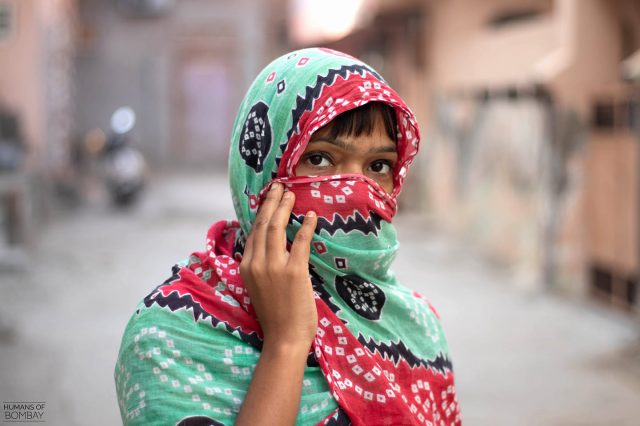 “Ever since I was a girl the word ‘dalit’ has followed me like a ghost. I wasn’t allowed to enter some houses because I’d make them ‘impure’ and when I turned 15, the upper caste people from my village wanted to get me married. But my parents wanted me to study further; Papa wanted me to become a doctor. So I took my education seriously.
Once I was traveling alone to collect my books. Just as I was about to reach, someone pulled me from the back, put their hands on my mouth and forced me into a car. I tried hitting them and reaching for the door, but in vain–they were 8 of them…I wanted to scream but they’d stuffed my face with a cloth.
They took me to a khet, dragged me out of the car. I recognised them; they were from my village, so I pleaded, ‘Bhai jaise ho, please mujhe chod do!’ But they didn’t listen–they hit me and took turns to rape me.
I lost consciousness. When I woke up 3 hours later, I was lying in the same spot without clothes so I quickly wore them and went back home. I was numb; I just wanted to shower. So once home, I rushed to the bathroom–that’s when I saw my body. I had bite marks on my shoulder and scratches all over– I was bleeding.
I tried hiding it from my parents; somehow I thought I’d wronged them. But when I couldn’t hold it in anymore, I told them. Maa hugged me tight and cried while Papa paced the room, thinking about what next.
The next day he took me to the police station, but on our way we were stopped by the same gang. They’d taken videos of them assaulting me and were blackmailing us, ‘Jaante nahi hum kaun hai? Video viral kar denge!’ We had no other option but to go home.
Papa dropped us and left saying he had some things to look after. That was the last we saw him… he committed suicide.
That’s what caught the police’s attention. The rape cases in my community are so many that it took my father’s life for action to be taken.
The next day, Panchayats from 80 villages were summoned but all they said was, ‘Yeh hota rehta hai. Inmei se kisi ek se shaadi karlo, upper caste bhi hai.’ I didn’t know what to say. It was like being Dalit made me less human.
That day I decided to take charge and took my case to the sessions court. I had to go to court every other month and narrate the entire incident, every single time. It was traumatic, but the day 4 out of those 8 savages got arrested, I let out a sigh of relief. But I won’t stop till they’re all behind bars.
It’s been 8 years since– I’ve moved to the city to study law. I want to fight injustice better; no girl should feel as powerless as I did.
Still, everyday there’s news of atrocities against Dalits. Even after moving here, I face it. Once my principal told me, ‘Dalit-on ke saath hote rehta hai!’ How can one normalise something as gruesome as this?–‘kyu hote rehta hai?!’
We just want to be treated like other citizens, we have the same rights on paper, we just want to be able to exercise them. Is that too much to ask?

1. ‘Bhai jaise ho, please mujhe chod do!’ – ‘You all are like my brothers, please let me go.’
2. ‘Jaante nahi hum kaun hai? Video viral kar denge!’ – ‘Don’t you know who we are? We will make this video go viral’
3. ‘Yeh hota rehta hai. Inmei se kisi ek se shaadi karlo, upper caste bhi hai.’ – ‘These things keep happening. Just marry one of them, they even belong to the upper caste.’
4. ‘Dalit-on ke saath hote rehta hai!’ – ‘It’s normal for Dalits to face something like this.’
5. ‘kyu hote rehta hai?!’ – ‘Why does this keep happening?’
Reproduced from Humans of Bombay.