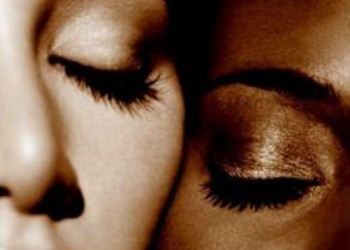 The complexion of a husband and wife is like both sides of a coin. One is dark and the other is fair. I was actually talking about my mother and father. For genetic reasons, we inherit either our father’s or our mother’s or the genes from anyone from our ancestors. I got my mother’s dark complexion which was perfectly okay for both my parents.

Everyone in my family is fair-skinned except for my mother and I. So it was obvious we were different from the rest. While playing I was teased for my dark complexion, even though I played better and owned the sports kits. I used to cry to my mother returning home that they teased me by calling black. Mother used to laugh and tell that they used to lie. I was very beautiful. I should not feel sad. I should not behave roughly with them.

Whatever, I have spent my childhood hearing that I am dark. And what is even their fault if I am different from the rest of my family; it was obvious that they neglected me. From my primary days, I have grown up listening to these comments and started believing that I was dark and not beautiful.

After I shifted from primary to high school, my journey became harder and I started listening to these taunting words more often. It hurt me more and more. My father was a member of the school committee. Everyone knew my father. I started to get recognized as my father’s daughter. Everyone used to say that the girl did not get her father’s good looks! I asked my father, “Dad, am I the ugliest girl?”. Father hugged me and said, “You are the most beautiful girl in the world. Those who say such things are lacking in intelligence. People are beautiful through their attitudes and work.”

I went to the city to get admitted into a nursing college. My aunt’s house was there. My aunt was very fair-skinned and beautiful. My cousins were very beautiful like her. One of my cousins saw meet my father and even said it why I was so ugly even though he was so fair! That cousin of mine used to do a government service and stayed abroad for some years. She has progressed in her academics and career also. I felt very insulted that she could have not said it at least in front of me. My father said nothing and went out straight taking me from there. My father can’t speak when he is sad or gets extremely angry.

This sister of mine still adores me a lot, but I still can’t forget that day. No matter how much she loves me, I can never forget about that day. Maybe my father can’t also. But still, she loves my parents a lot. I have also had a job in a renowned organization. One day my father came to my workplace to see me. And that day became a nightmare for me. Everyone started asking me why I was not like that? Why not like my dad! I never answered this question ever. Though I had answers to this question.

At last, even my present workplace continued with the same problem. One day one of my officers said that why not be at least fair in my works even though my complexion was not fair. I was astonished; he continued that he said nothing wrong as I was not as fair-skinned as anyone else!

I was so shocked that I could say nothing to him.

I just said that your certificates were nothing but blank papers.

These are only just some examples. A dark toned girl is much more mentally abused.

But I have no headache about my complexion. Never had. I never bought a single fairness cream from the market. I have never done anything to get a fair complexion in my life. Because my parents nor any books taught me that complexion cannot be a parameter of my qualification.

And there is nothing that I don’t do. No one saw my brilliant academic results. I can cook well. I can make anything by just watching youtube or seeing it from somewhere else. I can sew and make any handicraft items. I make my own dresses. I have a reputation in my hostel for making unique dresses. I can do my groceries and travel from one place to another without relying on anyone else. I do a government job, I can do my alimony on my own, I don’t have to depend on anyone.

I can easily support someone if I want to. I have read almost two thousand books with my mother’s help, which has developed my ability to think practically. I can brilliantly do any officially internet-based works easily.

I can do so many things, but still, I am judged by the complexion of my skin!!

I am a very confident lady. I have never suffered from depression in my life.  I have suffered a lot in my life but nothing has ever broken me.

There is no need to think that I am tensed about my complexion. But I have been mentally harassed for them. Let it be my close ones or someone else I can never sort it out how one could judge someone for their complexion.

I pity them for their thoughts. Thinking about their lack of using the brain. Pitying for them that they can do no good other than just laughing about it.

Even if anyone today says that I’m not fair or I’m ugly, I only tell them what my father told me, “People are beautiful through their attitudes and work. Not their complexion.”

N.B. : Please don’t give me any consolation, I beg off you. 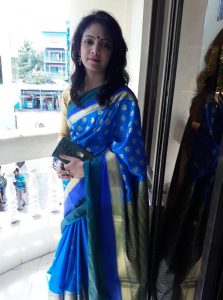 The writer is currently residing in Sylhet, Bangladesh. She has completed a B.Sc in Nursing Science. ( Bangladesh Nursing Council). The writer loves to read and write in her spare time. 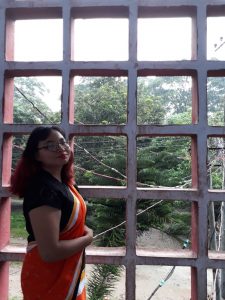 Sanchari Chakma is a passionate feminist and a human rights activist who dreams to write in future on issues of injustice and to advocate for justice. She is also a passionate traveler.