Allen Ginsberg wrote this poem after visiting the refugee camps of the 1971 Bangladesh Liberation War.] 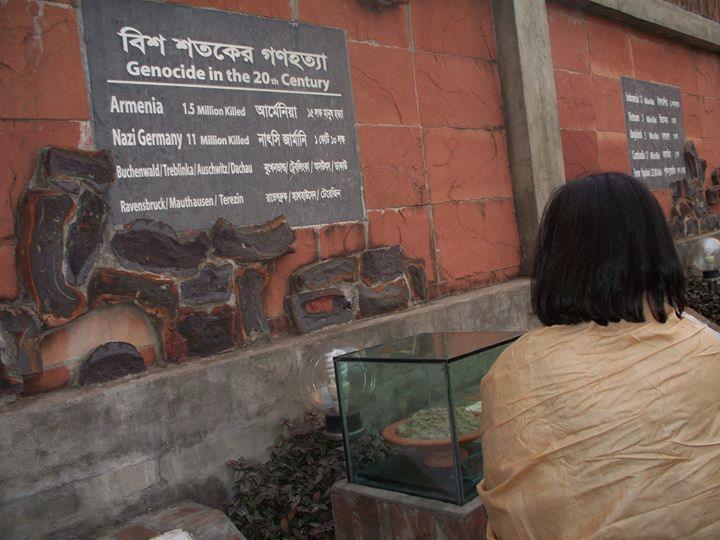 We are on the road. My mom is in a ‘sari’, and my dad is in ‘lungi’ – all of us are wearing just one piece of cloth. My mom has her wedding jewelry tied in the waist of her petticoat. Such beautiful ornaments! Such dazzling ornaments! My grandfather bought gold bars to make the wedding jewelry for his firstborn.

I am riding on my dad’s shoulders – my feet are dangling. My little sister is in my mom’s arms. We are leaving. We are refugees. We do not have a home. We do not want to die. Pakistani armies are chasing us.

Some villagers gave us shelter. We did not know them. The love of unknown people kept us alive. My mom wanted to keep my baby sister alive too. She kept on mixing water with powder milk and kept on feeding that to her. My sister is looking like a “Biafra baby” – big eyes, big head; rickety legs and arms like sticks. Still, we have a long way to go.

Villagers have scattered thorny canes on their fields. What else could they do? Millions of people are trampling paddy fields, trampling death – they are escaping to the neighboring West Bengal.

We spent days, we spent nights in unknown houses in my country, in unknown houses in the neighboring country. At last, we reached Malbazar of Jalpaiguri, India – my mom’s aunt’s place. She was my grandfather’s only sister, his beloved little sister. She hugged all four of us. With her stood her daughters – Sadhana, Kalyani, Bhabani, Shibani; her son – Shankar; and her husband. They kept on thinking about what all they could do for us!

We spent five months in their house. We left our country. We just ran for our life. We were refugees.

We sat down on the floor in long rows. We were eating on banana leaves. It was a big meal. They gave us ‘rosogollas’ as dessert. In the end they gave us sweet yogurt too.

My little sister Shyama is such a slow eater. She cannot finish anything! My mom was hurrying her. ‘Eat. Eat. Eat the fish!’ An elderly woman told my mom, ‘Come on. She is just a little girl. Let her eat the amount she is able to eat.’ My mom’s fair face became all red from the insult.

Whenever I think of this story from 1971, I think as if my mom is “Sarbajaya” *. I think she is that mother from “Song of the road”. “Sarbajaya” means the conqueror of all. “Sarbajaya” is the undefeated.

[When Pakistan was losing the war in Bangladesh (which was then known as East Pakistan) and the war was nearing its end, the Pakistani Army, with the help of the Al-Badr militia, systematically killed doctors, engineers, lawyers, professors, journalists, novelists, artists, songwriters, playwrights, writers, poets, and reporters– eminent intellectuals of Bangladesh were killed so that even if Bangladesh became a new country, it would never be able to stand on its own feet. Many dead bodies were not found. Many were found – blindfolded, hand-tied, tortured and killed in open fields, in water pumps, and in brick mortars…headless bodies were found floating in ponds and rivers. Many were buried alive in trenches in the 1971 genocide. We found my dad’s dead body. My mom was twenty-seven. I was four. My sister was one and half. My mother has never re-married. She has finished her Ph.D. from England after my dad’s killing and raised us all by herself, alone – a Bangladeshi Woman.

* “Sarbajaya” is the ‘mother’ character from one of the greatest filmmakers of all time, Oscar winner Satyajit Roy’s 1955 directorial debut film “Pather Panchali”(Song of the road). The film is based on the novel written by the famous Bengali author Bibhutibhushan Bandyopadhyay in 1929.] 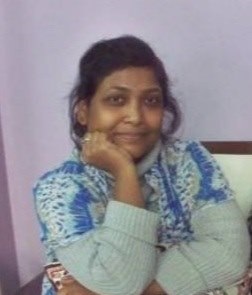 Kalyani Rama is a Bangladesh-born writer. She has seven published books in Bengali. She is a software engineer by profession and works in Madison, Wisconsin. Kalyani loves listening to people, animals, and trees.