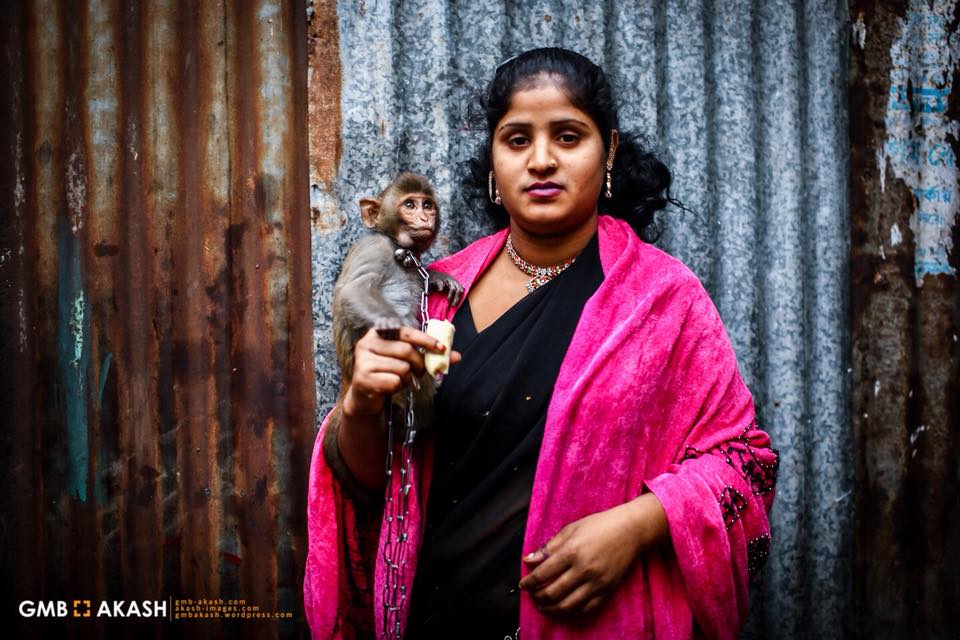 Prostitutes don’t expect love in return from anyone. I also don’t expect it. From the very beginning of this life, we learn how to live life without being loved back. But for the last 14 days I have been feeling very compassionate for this sick monkey…. I feel that he is far better than any social human being I ever met. This innocent creature even understands love and compassion and can love you back.

I bought this monkey from a street magician two weeks ago because he was looking so sick and the magician was forcefully making him dance and play. It was hurting me so badly that I started quarreling with that man and wanted to buy his monkey. He was not agreeing to sell his money-making monkey. But I was also not a girl to let the poor monkey suffer. So the man asked for a big amount of money and he thought it would make me leave him because I am a poor prostitute. I told him to sit for a minute and without thinking for a second, I took all my money from my trunk which I had accumulated in the last 3 years making my blood into sweat so that I could get rid of this hell.

I finally could save my baby monkey. Everyone laughed at me and called me crazy but no one will ever understand the satisfaction that I feel. I am feeding him healthily and taking care of him for the last 14 days to make him well. I decided I will leave him in a jungle far from this concrete jungle. I know a prostitute can never be free and live her life in the society of the good people but I believe this monkey can live happily in his jungle.

GMB Akash is an award-winning photographer, who  received more than 100 international photography awards and my work has been featured in over 100 major, international publications including: