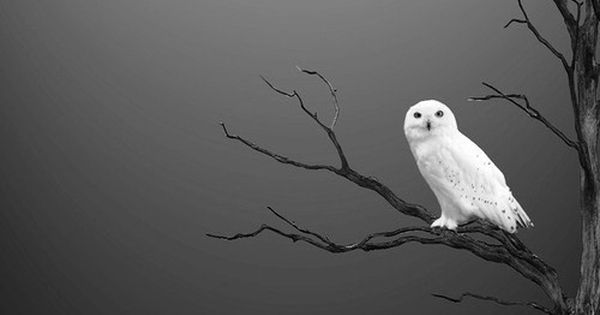 “Night owls go to bed late and wake up late, while larks do both earlier. Based on your trends, you are more of a night owl.” Did someone say that about you? Or, “Early to bed, early to rise! It makes a man healthy, wealthy, and wise!” My father often said this saying to his children.

Nevertheless, this misogynistic rhyme did not impress me, by the way. Following these lyrics, I have never been wise as I was too lazy to wake up during the sunrise and go for a morning walk with my father. Now, I can feel my educationist father tried to wake up his children to be better prepared in the morning for schooling.

In Dhaka, 2017, it was midnight; while I was working on my computer, I heard a strange, constant screeching sound. It was scary, but what it was. It might be an owl or a snake, but I did not know. The next day, I inquired with our caretaker, but he could not give me any information about the screeching noise. We had a few mangoes, guava, and jackfruit trees in the backyard that my mother planted. I thought the sounds are coming from the trees. The hissing sound made me think of a snake.  I asked everyone in the apartment building, but nobody could give me the right information about the screeching sounds. Finally, our 5th-floor tenant lady, Apu Di, told me that the noise was coming from the owl babies. She said that the owl mother built a nest on her 5th-floor sunset.

I was so excited to hear that and decided to take a few photos at nighttime when they come out from the nest. It was too dark at the left ally to take shots at night. I found a few white-faced cute, adorable babies are sitting on the sunset from the third-floor balcony. They were five siblings, and they had a charming and elegant mommy.

They were talking to each other. The babies stopped screeching as soon as I put torchlight on them. Seeing the torchlight, they were startled. As if they were trying to check on me if I am harmful to them. They were absolutely silent because they could see well in the dark. Actually, the bright torch lights momentarily paralyzed the baby owls. From the third-floor balcony, it was tough for me to take pictures. However, I did that. Glad that I really had some excellent photos of baby owls. I was lucky enough to observe them. However, on that night, I could not take pictures of their mommy because she was away for hunting at nighttime. The babies had a creamy, white-colored pear-shaped face with some dark markings around the white face. Their wings and back were a little darker with light orange-brown and grey-white feathers.

Ignorance cannot always be bliss! Many people and traditions believe that seeing a white owl is a bad omen. It brings bad luck to see a white owl. Native American tradition considered white owls a symbol of death and turned into scary stories that would scare little children not to go outside at nighttime.

In the Western world, an owl is both the bringer of wisdom and death. And seeing an owl near the birth of a child is a bad omen. For the same reason, it is not allowed in the Middle East to have any owl image near a newborn. Arabic folklore also says that an owl is a terrifying creature. It is ominous watching an own, and it is a messenger of death. They believe that a person will die after an owl’s first sighting within 3 to 7 seconds.

On the contrary, in the South Asian Hindu tradition, a white owl symbolizes wealth, good luck and prosperity. Perhaps, an owl is seen only at nighttime, and it would scare the ancient people. Especially white owls make a screechy noise, which is scary.

About the white owl, I am narrating one childhood experience here. I was about seven years old. In the mid-afternoon, I was sitting with my father on the balcony. I saw a giant white owl in our backyard. It sat down just at the top of the Kadamba tree. We both watched that beautiful white bird. My father did not pass any bad remarks about the owl or scare the bird to fly away.

I sat there and observed the owl until I was tired of watching it. I was just thrilled by its beauty and presence. On that very night, my mother delivered a premature baby, and both were very ill. My father was so anxious and upset; however, both of them, my mother and sister, survived that critical journey. So, it means if you see a white owl, that is not an omen. It is just a coincidence as my mother and sister were ill. However, this is a superstition that makes us believe it is true.

In my view, I am really fortunate, as the big white owl was so beautiful, one of nature’s miracles, a magnificent creature I could behold on that day. Since my childhood, I have been pretty much fascinated by birds as my mom loved birds. She had a parrot, mynah, red, white, and grey pigeons, including ducks. They had beautiful names too. So, I lived with the companions’ birds; my mom taught parrots and mynah to speak Bengali words. And I was fascinated to hear the mimicking of parrot calling my mother, momma. Whenever I called my mother, momma, the parrot also called my mother momma, which was so sweet. So my mother had no way not responding to two callings, momma, momma…..

In 1995, one giant beautiful Eastern owl sat on the boundary wall of our Dhaka home. Our caretaker held the wings of the owl to take a few pictures with my kids. The brown colored owl was so big and majestic. My kids still remember the day. I think people who believe in superstitions they are just terrified of the darkness of nighttime. They are unable to see the beauty of the dreary dark night and the wise and elegant owls.

From the website, I can see there are a few pieces of advice from an owl: “stay focused, be who you are, trust in a wise friend, live off the land, glide through the dark times, be observant because life is a hoot! Observe and reflect, and become a little wiser every day.”

From my collateral experiences, and my faith in animals’ beauty, energy, and vitality, if I see a white or brown owl, to me, that is an incredible memory, definitely not an omen. However, In 2017, I might have seen a beautiful Eastern white-faced owl in my Dhaka home, not the white snowy owls. For me, all these magnificent, brilliant creatures are divine, and they can not be ominous signs or ill-fated extraterrestrials.