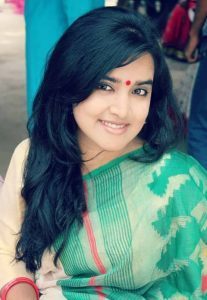 Considering women as public property irrespective of their age, cast, color, and religion is a universal problem. This problem is prevalent all over the world. The rate may be fluctuating because of the geographical and economic position of a place but the problem exists. The New Year’s Eve was supposed to be a good and brand new one but this New Year’s Eve has brought about old perversions in new forms that are already frustrating. All the roads lead to Miss Madhumita Pandey’s research. What creates this problem? Is this a psychological deficiency some people have got by born or is it just the way of the society that makes men/society thinks like this, create problems like this?

We are not even halfway to 2018. We are halfway to the month January, new year’s eves’ celebration is not over yet and perversions around the world has already made this year toxicities and left people tormented. The year started with tragedy. Zainab a seven-year-old girl in Pakistan was abducted in, raped, killed after that and last but not the least was left in a dustbin trash. But Pakistan has learned the language of protest.  The spark was not over yet when another incident hit the society to its core when Brekhna embraced death. Brekhna was a stage dancer in Peshawar, Pakistan. A guy named Ali Akbar Afridi proposed her to marry him. Brekhna’s father refused the proposal which left Akbar Afridi blindfolded in rage. He attacked her father with a sharp weapon killing him on the spot. Brekhna was severely injured trying to protect her father then she embraced death too. The guy Ali Akbar Afridi later committed suicide. It was simply a marriage proposal rejection. What is so harsh about this rejection that hit Akbar’s man ego in this manner? Which world or society does he live to get an impression that he can get any girl whenever he wishes to? 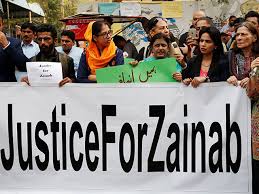 The world was not over from these distressing incidents and another youth died in Nepal while living exiled during her period. In Nepal despite the law passed a few years back, girls have to live in exile against their will during their “that time of the month”. There are thousands of campaigning’s going on around the world increasing awareness during the period. Then what civilization is it where a girl is still being forced to live in exile during her period because people think her as “impure”? Why even in this 21st century the idea of being “impure” still exists with pride?

Leaving the rest of the world, if we now look into Bangladesh then another circus can be seen! Circus arranged by a YouTuber, short filmmaker. This “Great Person” has made a new short film from his concern for society’s moral deterioration. Such sweet thought of him! In that film a guy with limitless arrogance is seen advising a girl he met just there. He is lecturing with full spirit how it is immoral specifically for a girl to smoke a cigarette in public and how it is natural for a guy to do that. In his “logical defense” he goes on saying a guy can walk around topless in the society because this is something very normal and it “pollutes” the society when a girl goes topless. In the same manner, it is absolutely fine if a guy smokes in public but it “pollutes environment” when a girl does that. Sweet summer child lives in such a small, backward, uncivilized world where men still can do rounds in topless where women must stay in lines. It is possible to counterattack every single letter used in that video. Still, it’s better to focus on the psychological part that is reflected by the maker of this film and the popularity of this crap. In these days when a YouTuber releases a film uttering sentences like, “Women are given so much freedom and liberty, they are given reserved seats in transports, and they are given scholarships….” This shows somehow that psychopath thinks they are doing some sort of charity on women. Women’s rights are not something a human being own by default. They think they favor women by giving their rights and also own the right to snatch out those favors if needed. What kind of social structure formed this sort of disgusting ideas in their mind? Again in that video, the protagonist said, “you can smoke I have no problem with that but not in public”, cause the guy did not want his mother coming from village watching such violent scene a woman smoking a cigarette! A guy can be careless about what other parents are thinking but it is women’s duty to be the light bearer even for those who she never encounters! How ridiculous thought is that! Again the advice of being secretive seems marvelous too. These are the guys who judge women as hypocrites too soon. The protagonist also is seen saying to the girl “this is not the system of being modern” and in the end, he advises all the viewers to take video clips of the girls who smoke publicly and make that viral on the internet. What a madness women live in where a random guy can teach her the way to be modern, can capture her and make her viral. This notion is not only misogynistic but also a criminalistics notion but this is what you women are ought to live in. The guy who thinks he has right to tape a girl and make it viral does he suffers from iodine deficiency or potassium is unknown. What is known is he or the guys of the same mentality think they can treat girls as public property and in worst cases“paternal property”. Is it what they are born with or the society helps to develop this sort of mentality? The “filmmaker” out of pressure and protest said he will take down the video. But it is not a surprise that he said he will do that because his protagonist is being harassed. IT is not surprising at all that the YouTuber is still proud of what he did!

In the year 1990 when sexual harassment survivors created a village for only women in Kenya, they created a new wave. Last year when the campaign #metoo broke out, it showed the magnitude of a problem. It threw light on the problem that women are being harassed everywhere, the problem with the silence of thousands of years. Be it Brekhna from Pakistan or Khadija from Bangladesh. BE it Zainab or the little girl from Dinajpur who was brutally raped and wounded. Be it Nepali young girl or Kenyan victim of sexual cleansing the problem is the same and that is society, people think women as their public property and like to treat them as per their will. Society considers women’s very own right as someone else’s favor or charity. But this is the time everyone around the world should change their view, their perception, and their mentality. Otherwise, New Year’s will come and go and only bring new forms of perversions like this year.

(Translated by the writer herself. To read the original article published in Women Chapter’s main site in Bengali, Click Here)

1.Madhumita Pandey interviewed 100 convicted rapists in India for her doctoral thesis at the criminology department of Anglia Ruskin University in the United Kingdom. You can read more about her research here:

2. In Kenya, the village Umoja was founded in 1990 by a group of 15 women who were survivors of rape by local British soldiers. Umoja’s population has now expanded to include any women escaping child marriage, FGM (female genital mutilation), domestic violence and rape – all of which are cultural norms among the Samburu. You can read more about the village here:

Sadia Rahman is pursuing Masters from Rajshahi University, Bangladesh. Other than writing, her passions include writing, debating and anchoring