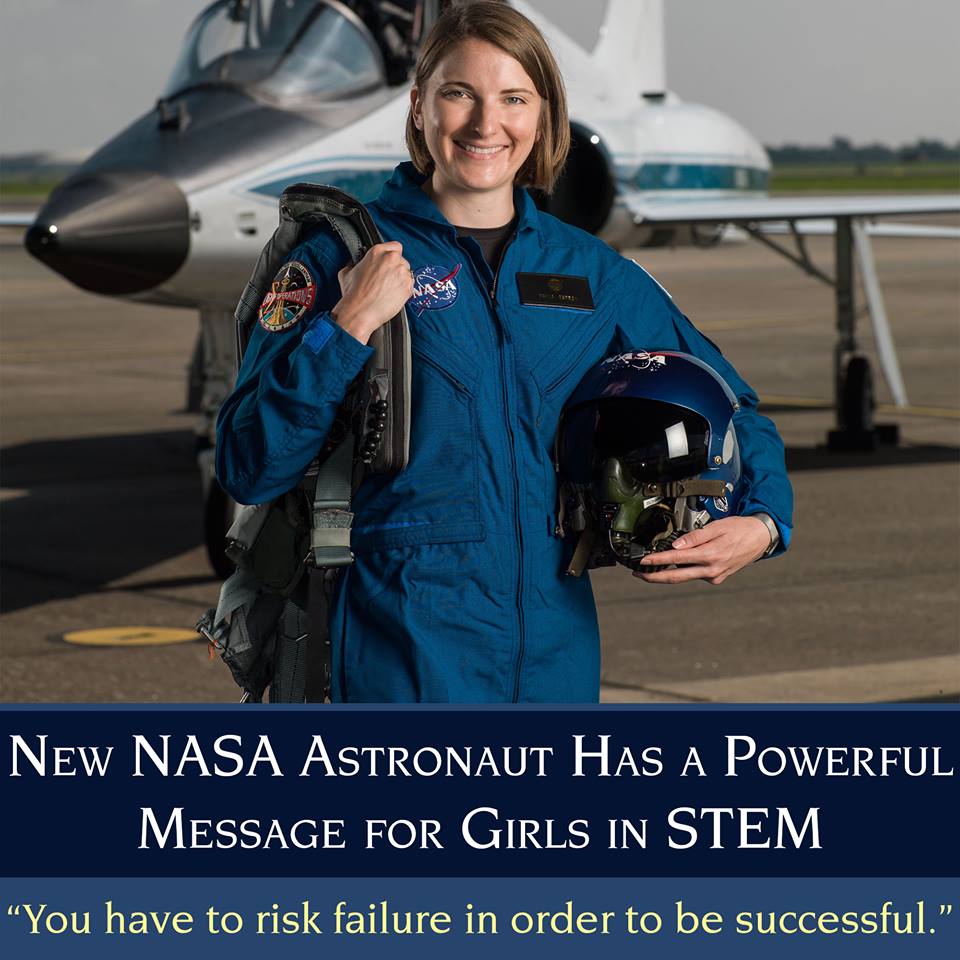 One of NASA’s newest astronaut candidates has a powerful message for girls who dream of following her into a career in science or engineering! Kayla Barron says throwing her name into the ring among the thousands of applicants — last year, NASA selected just 12 new astronaut candidates from over 18,000 applications — brought her face to face with the very real possibility of failure, especially given her seemingly unconventional background as a submarine officer in the US Navy. “I knew it was competitive,” recalls Barron. But she knew that she decided to take the chance and encourages girls interested in STEM careers to do the same, observing that you need “to learn how to fail and move on from failure. You have to risk failure in order to be successful.”

The 30-year-old submariner is unusual among NASA’s astronaut candidates because she didn’t originally imagine a career as an astronaut. Working in the confined, controlled environment of a submarine, however, got her thinking about the possibility: “The depths of the ocean are not that different from the vacuum of space,” she observes. But her superior officer, Vice Admiral Ted Carter, is the one who gave her the final push to apply. After telling him about her thoughts on the way to an event at the Air and Space Museum, he introduced her to other astronauts and then asked her if she knew how to become an astronaut. When she said no, his response was simple; “You apply,” he said. That was kind of a light bulb moment,” Barron says. “It was the obvious answer; that I should go for it and put my name out there and I wouldn’t be here if hadn’t.”

Barron was commissioned as a Navy officer in 2010 and immediately attended graduate school. Her graduate research focused on modeling the fuel cycle for a next-generation, thorium-fueled nuclear reactor concept. Following graduate school, Barron attended the U.S. Navy’s nuclear power and submarine officer training before being assigned to the USS Maine (SSBN-741), an Ohio-class ballistic missile submarine homeported in Bangor, Washington. Barron qualified as a submarine warfare officer and completed three strategic deterrent patrols while serving as a division officer aboard the Maine. At the time of her selection, Barron was serving as the Flag Aide to the Superintendent of the U.S. Naval Academy. (Wikipedia)