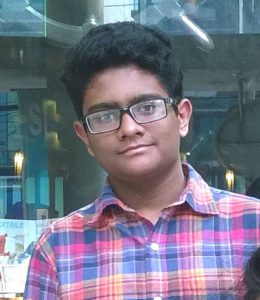 Happy Birthday to Taslima Nasin, a Bangladeshi icon of free thought and progressive activism, striving towards an image of the world very few can dare to imagine: a world devoid of superstition and prejudice, a world blooming instead with appreciation of reason and scientific reflection.

Ms. Nasrin is a paragon of the ideals sought after by progressive humanists across the globe. Describing as her “an accomplished writer” is much of an understatement. The comprehensive list of the prestigious accolades, prizes, and titles awarded to her is far too long to fit in my essay–that should hint at the scope of the tremendous recognition she has received for her devoted work as an author and activist. Some of the honors bestowed upon her include the The Sakharov Prize for Freedom of Thought from the European Parliament, Kurt Tucholsky Award from Swedish PEN, Academy Prize from the Royal Academy of Arts, Science and Literature from Belgium, Distinguished Humanist Award from International Humanist and Ethical Union, among others.

As I have said before. it would be quite a disgraceful understatement to label her “a freethinker” or a “a progressive humanist”. No, her life and work encompasses the realization of missions and social quests that soar beyond the limits of  such a pithy description. No, simply praising her as a “heroine for women’s rights activism” or “a fighter for free speech” does no justice to what her devotion to social progress has genuinely achieved.

She was a crusader, yes. But no, she was not a violent crusader, nor did her crusades leave cruel bloodshed and mutilated corpses in its wake. She crusaded instead for her values–values that reflect the spirit of a humanist, the spirit of a determined feminist and secularist within her. She did not lead her crusade with swords or catapults–no, her weapons were reason and humanity. She appealed to the dire significance of reason and science through her writings. Her appreciation for logic and humanism perpetually echoed through her multitude of essays and poems.

She dared to raise her voice for the plight faced by women across Bangladesh. Through condemning the utter, naive disregard many Bangladeshi leaders harbor towards women’s rights, Ms. Nasreen attacked the pitiful state of gender equality plaguing our nation. She did not shy away from consistently demonstrating that Bangladesh was, in its current state, no nation for women.

She additionally served as a fierce and formidable critic of dogmatic religion. Her voice did not diminish as she approached the issue of religion with cold reason and hardcore scientific thinking, even as she came under fire from religious zealots enraged at her treatment of their deeply-held beliefs. Death threats did not deter her from lending a bold voice to her mind. Being exiled from her own nation and being forced to hide out in India  also failed to disrupt her crusade to uphold the values of reason and humanism.

All in all, it is clear that her profoundly emboldened and vigorous spirit did not wither away even in the face of imminent death and destruction. She planted her feet with resolution in the realm of reason and refused to be intimidated  by intellectually and morally cavalier thugs.

Taslima Nasreen’s work is what our blog strives to emulate. Her devotion and dedication is what all humanists retain in their mind as they combat the flames of unreason. Her “mission statement” as a secular progressivist is remarkably similar to the values all humanists work to implement.

Taslima Nasreen has waged a crusade towards realizing a wistful image of the world that lingers in the minds of all humanists: an image of a world that is blooming with appreciation of reason, celebration of scientific thinking, and tolerance and empathy towards all people regardless of their ethnicity, gender, sexual orientation, or religious faith (or lack thereof). A world where we repudiate baseless, artificial borders and embrace the joys of humanity and unity.

A world where we no longer look solely to superstitions or religion for our understanding of ourselves, but rather pick up the weapons of reason, rationality, and compassion to forge through the tangled mess that hinders our path to a better future.

A world where our beliefs and behavior are chiseled by scientific thinking, substantiated by evidence and logic.

A world where people are not slaughtered in the streets for criticizing deep-seated religious beliefs, as many have been in Bangladesh. A world where scrutinizing religious ideologies, or any ideology for that matter, does not result in us being looked down upon. A world where a skeptical, analytical, unbiased approach to religion is encouraged rather than demonized. A world where some ideas and concepts are not deemed “unable to be criticized”, and are open to logical scrutiny.

A world, in short, guided by reason and science, and maintained through compassion and mutual respect for each other.

Today, 25th August is Taslima Nasrin’s birthday. Team Women Chapter extends heartfelt warm birthday wishes to Ms Nasrin. A very happy birthday to you! You have inspired thousands of women in Bangladesh and beyond to speak up and draw attention to issues that concern them.

Adeeb Chowdhury is a student of William Carey Academy.He is a fan of writing, researching and debating, focusing mostly on social issues, human rights, and global affairs. His multiplicity of interests include Model UN, international matters, and science, and his writings have been published on sites such as the Women Chapter, Mukto-Mona, Shuddashar Magazine, The Bangladeshi Humanist, BornoMala News, and more. He is also the Co-Founder and Vice President of the William Carey Academy Model United Nations Club.