All labels of “male” and “female” quietly disappear backstage as a vaguely human-shaped mass of color and glitter seizes the spotlight. Genderless, sexless, shapeless, formless, shameless, ageless—the soul of David Bowie’s musical persona takes gleeful pleasure in the audience’s scandalized attention. The clownish, bizarrely beautiful humanoid onstage flaunts its purple cheekbones, glaring eyes shrouded in splotches of green, flowing hair dyed the colors of the rainbow. Its neon blue catsuit stretches against its bone-white flesh and is cut off at the left thigh, letting a naked leg romp bold and bare. It’s a living, breathing, dancing insult to all things conventional and normal and mainstream.

It bathes in the frenzied color it splashes across every stage it dominates. It rejects labels, pronouns, any artifice that limits the somewhat insane freedom and fluidity that defines Bowie’s performance. It prances and waltzes onstage, abuzz with unbridled energy and a kind of taboo sex appeal, making passionate love to the mic with unabashedly orange lips.

David Bowie was equal parts ravishing, revolutionary, and ridiculous. To say that his mark on music, fashion, and popular culture is indelible, would do a disservice to the quiet revolutions he sparked within every field of performance that he has touched. Perhaps the most iconic elements of his image were the most bizarre and bombastic ones—the tight and unusually colored costumes, red hair beginning with spikes and ending in a mullet, a different voice in every song of his, the iconic lightning bolt streaking across his right eye, the utter shamelessness and openness with which he performed.

However, more subtle impacts of his legacy are often overshadowed by his dramatic, dazzling persona. In many ways, Bowie’s outrageous characters not only shocked and fascinated audiences but also urged them to think just a little differently. The artist, whose birthday approaches on January 8th (followed immediately by his death anniversary on the 10th), laid the seeds of a gender revolution that pop culture continues to subconsciously celebrate today—he radically and permanently transformed how gender is seen and thought of, and what masculinity means.

Bowie accomplished this not through activism or campaigning or leading rallies on the street, but through simple, nonchalant performances of his art. He made no bold, radical declarations promoting sexual liberation. His name was attached to no movements and no protests. But that didn’t obscure the message of Bowie’s glam, glittery gospel—the fact that he had zero respect for traditional, rigid ideas of gender norms and notions. He couldn’t care less how society thought men should act and dress, and he let his musical talent do the talking for him.

Perhaps the driving force behind Bowie’s rebellion against gender was the philosophy he used for his dance performance, a Japanese style known as kabuki. This philosophy made very little distinction between male and female performers, and often encouraged one to freely dress up as the other—or neither—if it allowed for more fluid, free performance. Bowie embraced this philosophy wholeheartedly. The cover of one of Bowie’s defining albums, The Man Who Sold the World (1970), featured the man himself proudly and stylishly dressed as a woman and reclining playfully (see below). 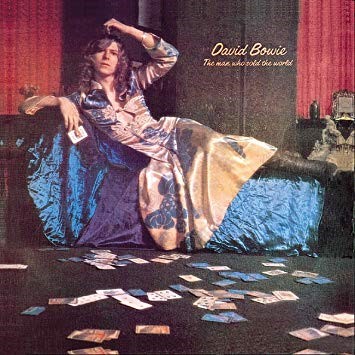 Figure 2: Bowie dressed quite lavishly for The Man Who Sold the World.

Other iconic Bowie imagery, such as the cover art of Hunky Dory (1971), featured Bowie with flowing hair and feminine getup, posing like a sensual Hollywood diva. Bowie’s sensuality and comfort in his own skin added a distinct flair to his performance; mimicking the physical gestures of both male and female artists such as Katherine Hepburn and Elvis Presley, Bowie succeeded in creating a radically new, endearing persona abuzz with hints of the diverse styles that rocked the musical hall of fame before he did.

David Bowie was well known for his eccentricity and his unusual characters. He rarely performed as “himself”, instead adopting various identities throughout his career, each with their own special look, style, and even life story. Some of his most popular characters were the iconic Ziggy Stardust, Aladdin Sane (“a lad insane”, also the one with the famous lightning bolt eye makeup), and the Thin White Duke. Several of his identities, including Ziggy and the Duke, were openly genderless—some curious creature that was a bit male, a bit female, and a bit neither. Gender fluidity became a defining trait in Bowie’s performance and public image. His use of heavy makeup, eyeshadow, silk scarves, feminine poses, rebellious lipstick smears, sensual dances, flowing hair—Bowie’s disregard for gender norms couldn’t be clearer. And this “gender rebellion” is clear in later artists who drew inspiration from the man, such as Madonna and Lady Gaga.

Bowie was clearly not the first, or the only, artist embracing genderlessness in his performance. But he was arguably was the most well-known and beloved musician who worked gender fluidity into his persona and identity as an artist, normalizing and popularizing the idea that gender can have very little bearing on how one dresses, acts and expresses oneself.

Bowie’s embracing of such values, coupled with his international stardom, helped make strides for the queer and transgender movement, adding a touch of utter stylishness and confident artistic flair to being genderless. As we near his birthday and death day, it’s worth noting a small bit of the Starman’s legacy outside music and fashion—encouraging people to not only tolerate different personal identities but celebrate them. 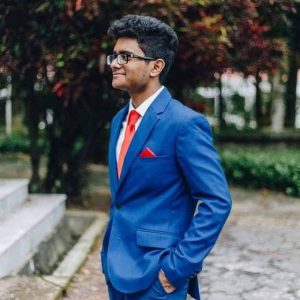 Adeeb Chowdhury is a writer, debater, and aspiring diplomat currently living in Seattle, Washington as part of a US State Departmental exchange program. He is the president of the Youth Internationalist Association, a contributor to various magazines, Model UN enthusiast, and a member of various institutions such as JSA (Junior Statesmen of America). Besides writing and politics, Adeeb is interested in old movies, stand-up comedy, and early 2000’s hip-hop music.