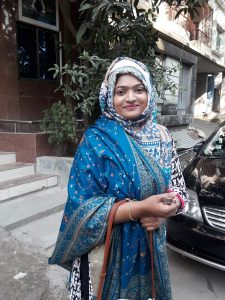 In many places around the world, myths about women hold back the society. These myths make the women suffer from lack of education, no rights for any outer job, lack of health care, lack of social dignity etc. In a way, these myths actually destroy the women. Though there were o lot of obstacles, courageous women have worked tirelessly to overcome those age-old-myths in this patriarchal society.

In the beginning, I am going to talk about the myth, in which it is described that the idea of women’s ideal position is always in the home. Nightingale talks about –

“When shall we see a woman making a study of what she does? Married women

cannot; for a man would think if his wife undertook any great work with the  intention

dinner – that she would destroy, as it is called, his domestic life.”

The common concept of the society is the men should be the bread earner and women should be the caregivers. Nightingale even points out that the talking between a husband and wife is limited in who will come for dinner, who is to live in this lodge, how to improve their domestic life, or where they should go for the next vacation etc. There is nothing such political, scientific, literature related conversation between them. Even today, in our Bangladesh, if a woman wants to work outside home, the husband, as well as the in-laws, finds it disgraceful in front of the society. If we consider Virginia Woolf’s A room of one’s own, in which she described the condition of Mrs.Behn who struggled a lot in her life and became successful in her job life. But in the same society, if a girl wished to be as successful as Behn then their parents would definitely tell them, it should better to die than to live the life of Mrs. Behn because she has done a social kind of sin by working outside of the household. Funny!!!Again, if we go for the fairy tales, those are full of women’s desire to get a good husband who will make her his queen and set her in a good place in his palace. All the girl or ladies of old fairy tales have the qualities of being an ideal housewife such as they are splendidly beautiful, shy, dreaming about their prince charming always, and the most important thing is that they are all living happily ever after with their prince charming at the last of the story. The story never continues to show what they will go through after their marriage, do they have any right to study? Do their husbands have multiple wives? Do they have any scientific or political conversation with their husbands? And the most important questions is what – do they ever want to have all these kinds of thoughts in their mind. The answer will be direct- ‘No’. I think they can’t even imagine those things in their dream too. In Cinderella, she was abused by her stepmother and sisters by making her confined in the household chores, doing all the time domestic works. Then she thinks of her freedom, what first came to her mind as she can only get freedom by marrying the prince. But she never thinks of going out of the house and earns her livelihood by herself. For gaining the attention of the price, she has to make herself beautiful. Mary Wollstonecraft has said on that part-

“….they spend many of the first years of their lives in acquiring a smattering of

accomplishments; meanwhile strength of body and mind are sacrificed to libertine

notions of beauty, to the desire to establishing themselves, – the only way women can

rise in the world, – by marriage.”

Here, Cinderella also wants to change her living style by shifting herself from one home to another. That means women’s places are in the home. They are made for remaining home.

“The conduct and manners of women, in fact, evidently prove that their minds are not in

a healthy state; for, like the flowers which are planted in too a rich soil, strength and

usefulness are sacrificed to beauty.” 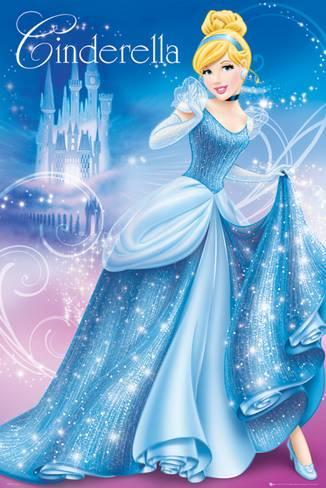 If we look into our society, especially our Bangladeshi society. When we go for a quest for an eligible lady for our relatives for marriage, then we first notice the skin tone of a girl. That means, white skin is the most beautiful one. In a way, it’s a kind of racism. From the childhood, a girl is prohibited to go to sunlight, climb trees, playing outside etc. These all things are only to maintain her beauty. The question here is, if a girl has the potential to be a sports personality, then the ability has been closed by the society in the early ages. Even, in many families, girls are not allowed to study late at night. Because it can affects their beauty. And in a extended version, in many families girls are not allowed to eat more, because it can make them fat and spoils their figure. It’s okay, being health conscious is a good one, but if this causes a damage to your health then it’s not okay. I saw many of my classmates in my school and college life, they usually go to schools & colleges without having breakfast. I thought that they might don’t get time to have foods or their mothers may be not well concerned about their health. But after talking to them deeply, I find that they do that to maintain their sexy shape of body! Even, when I am in my undergrad, one of my friends used to eat like a hippo whenever she went to the canteen, though she was thin. One day, I asked her why she becomes crazy about foods in the canteen, those foods are not so healthy too. Then her reply was a thunderbolt on my head, that her mother didn’t give her foods properly. She needs to eat more, but her mother didn’t want her daughter to be unfit for marriage. That’s why, the mother gave her daughter less food that she didn’t get fat. That means, the beauty is more important to them and their family than their lives. The fairy tales are the best example to show how beauty defines a protagonist lady. If we consider Cinderella, we find Cinderella is blessed with wonderful beauty. But her stepsisters are ugly. That means, beauty is good, ugly is bad. Then comes the part of prince, he was attracted by only her beauty, he never goes further to know more about her. Even, when he go to find Cinderella with a glass shoe, he got to know by the talking of the birds that who is the real Cinderella. How strange! The patriarchy is defining women through their beauties. Then comes, Sleeping beauty. The title contains the information that the protagonist lady is undoubtedly a beautiful one. Why not sleeping ugly or sleeping a black lady, in an extended version “ sleeping nigger”! I think if the title was like that no one has any interest to read the story. Everyone wants beauty. Humans are the worshippers of beauty. The prince is also going to rescue the princess because he comes to know that the princess who was sleeping is splendidly beautiful. If we go for an extreme example of this topic, then snow white is the best one. Show white’s stepmom wants to kill her because she is more beautiful than her as well as she is the most beautiful lady on earth. That means white is beautiful. And the line, I can’t stop myself from bringing the line- “Mirror, mirror on the wall, Who is the fairest one of all?” Actually, the fact is, we don’t know how we look like. Our perceptions of ourselves are developed through others because we can only see what’s in front of us. That is the mirror, who says we are beautiful or not. If we consider those ads and media showcase the female bodies are just used as objects. It’s a pretty wrong way of looking at beauty. The beauty which is showcased in the media is also not perfect in reality. They are photoshopped bodies of models and heroines. Alas! our body can never get the shape of the Barbie dolls. But there is a way of modifying our beauty using make-ups. Makeup enhance our beauty but for me, every time, it becomes a mask for me. I attended a lot of weddings, but after the wedding when I see the bride I hardly recognize them. It’s a mask to cover your ugliness.Because you are ugly, only makeups can make you beautiful.

At last, I should say that, nowadays, things are not like the past. We really overcame a lot of shortcomings of our social life. Now we can see many girls, both from first world countries and Orientals, who gain success in their job life. Even the Disney world has also changed. Female protagonists like Miona, Mulan, Elsa( Frozen), Belle( Beauty and Beast) and Pocahontas are amazingly overflowing their own personalities. So, we can hope that after a decade or two, we will also rule the universe in our own ways.

Wollstonecraft, Mary. From A Vindication of the Rights of Woman. Ed. Carol H. Poston. 2nd

The write-up was previously uploaded in Academia.edu