Shucheesmita Simonti: Once again it is Pohela Boishakh, Bengalis all across the world are celebrating the festival with utmost zeal. But I still shiver at the memory of last year when I read the news of massive sexual assault on women on streets of Dhaka. I remember I could not believe my own eyes when I scrolled through my newsfeed on Facebook.

I knew sexual harassment on women in crowded places on such occasions is nothing new in Dhaka, in fact I hardly ever was allowed to go outside on such festivals. I rebelled and considered my mother as an oppressor during the rebellious teenage phase, but it is last year I realized why my mother forced me to stay indoors on such occasions.

I was also appalled by reading Facebook status of some of my friends (both male as well as female) that it is the fault of these women-they should not have gone to crowded places with their boyfriends wearing seductive clothes.

I was disappointed as they are quite well-qualified people who hold university degrees and are considered to be ‘educated.’ I argued with few, but eventually gave up as I realized that bringing sense into them was beyond my abilities. But, the event continued to haunt me and I wondered what can be done regarding sexual harassment in public places. 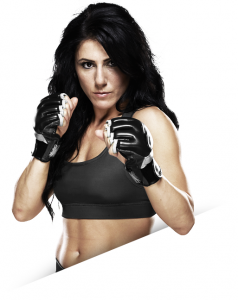 What can we do about these barbaric people who get great pleasure out of groping women in crowd, knowing that they can get away with their acts? I know many of those brave women who spoke up, got hold of the abusers and beat them with all their might, ignoring the nasty comments from the people around; but not all can be that much assertive.

After all, a woman who speaks up against any form of abuse is still considered ‘loose’ in our patriarchal society and many times it is other women who will oppose speaking the truth and prefer to maintain the silence.

But how long can we allow such barbaric acts and carry scars tucked away in our hearts? Before few months, I watched this movie titled “Cairo 678” which revolved around 3 Egyptian women who were subjected to sexual assault. One of these women, Fayza was subjected to groping in crowded public bus numbered 678 every single day.

One day, she could not take it longer. She hit on the genital part of the abuser with safety pin of her hijab. He cried in pain, but nobody in bus had a clue about what happened. That gave her the courage to carry on her silent protest against sexual harassment. She did it again to a person who stalked her, and to the next person and her silent revolt continued. 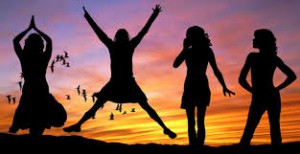 If we cannot confront, at least we need to do as Fayza did; we do not know when our society will be liberated in their thinking, we do not know when they will wake up to the fact that being subjected to sexual harassment is not related to one’s clothing, we do not know when they will understand that we need to punish the abuser and not the abused. To defend ourselves, we don’t need to carry guns or knives or pepper sprays. We need to have courage first. We need to be brave enough to protest when our dignity is being violated. Only then something as simple as a safety pin can come to our disposal.If any perverted monster touches us against our wish, we need to hit him back because nobody else will.We need to stand up for our dignity, because our society will not.

(The author is a final semester M.A. student of International Relations at South Asian University, New Delhi. She is currently serving as the Brand Ambassador of Safety First for Girls(SAFIGI), an organization headquartered in Zambia, dedicated to promote women empowerment and focuses on safety education for girls. To know more about SAFIGI, visit