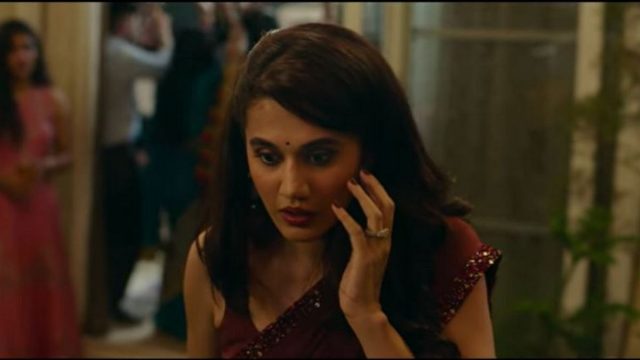 A regular night in the year of 1997, Mita was walking alone on the street carrying her one-year-old child in hand. It was around midnight and was raining cats and dogs. She was very worried about her child because both were completely drenched. That night, Mita went to her mother’s home. Mita was married to a guy named Alam for over three years now, but despite having a love marriage, it was a living hell.  Alam had been constantly torturing her mentally starting from foreboding her to continue her job to always take his family’s side whenever there was a matter of dispute. But that evening, he crossed all his limits by slapping her. And later that night, he threw his one-year-old daughter and wife out on the street.

Eleven months later of that incident, Mita returned to her “husband’s home” from court. Just an hour ago they were at the family court, discussing their divorce. But Mita’s mother said, “I won’t keep a divorced daughter at home”. Thinking about her only child, Mita helplessly accepted Alam’s apology and sacrificed her dignity and freedom. 25 years later, Alam didn’t change at all rather the situation exacerbated from time to time. But Mita kept on making sacrifices for her three children and often thinks her life might have been completely different if just once someone had supported her for a while. She might actually have had a – life.

That’s the story of my mother. But when I was preparing to watch the Tapsu Pannu starring movie “Thappad”, I was expecting a good story but not something I could relate to. In the movie, Amrita (Tapsee) is an educated and self-chosen housewife, who has an arranged marriage with a guy named Vikram. She is living a completely happy life with her husband and mother in law. Just like a perfect homemaker, every morning she wakes up at 6, prepares meals, and stays completely busy preparing her husband until he leaves for office. She supports Vikram’s struggle, celebrates his success. Her family is also very pleased, why won’t they? They handed their daughter into a good family.

But everything changed in one evening. When Vikram, mistakenly but consciously slapped his wife at a party. For those who still haven’t watched the movie, I would like to give you a spoiler alert. She dragged this matter into the court and after a long fight, they got divorced.

Wait, the story doesn’t end here. Because Amrita getting the divorce for what happened to her is not actually the story here. The story is the journey that gave her a concussion after being slapped by her dear loving husband to realizing her self worth. That journey which unveiled so many small yet salient issues which could have entangled her to forcefully stay in that marriage.

In that whole movie, Vikram apologized to Amrita twice. First, the next morning after that incident when he found her upset.  He apologized and told her to not take it so seriously because, in his defense, he told her that he was going through serious issues at the workplace. Days went by, Vikram thought bygones are bygones. Everything was back to normal, he was getting his breakfast – get on with his work life – even took Amrita on a dinner, because a nice dinner is enough to buy the lost smile for your wife. On the other hand, Amrita’s whole life was upside down. She couldn’t fathom the fact that her husband hit her. Because she never saw something like this at her father’s home, because her father never hit her mother and showered Amrita with incessant love. She recalled the entire incident of that evening again and again. She tried and tried to justify Vikram’s action, but somehow it didn’t click. She was heartbroken.

Then,  one day she packed her bag and left. She didn’t know what was going to happen but she was surely unable to breathe in that small heaven that she and Vikram created. Vikram was shocked but more than that, irritated. Because it was just a slap! Who does all these tantrums for a slap?

The same thing said her mother, father, and her lawyer. But that one slap made her realize how she was missing her own life all along. She was happy, but her happiness revolved around others. Every element of her life was borrowed from her loved ones, and she had nothing of her own. Maybe that’s why her husband did not even think that hitting her could be an issue.

She started shriveling but she found her worth. She fell out of love for Vikram but it raised her sense of dignity. While she was filing for the case, she had all those chattering too who asked for compromise, including her mother and brother. Because it was a mistake, it was just a slap. From that point onward,  Amrita’s story took a different turn from my mother’s. Her father supported his precious daughter, “If you feel it is absolutely right, I support you.”

On the day of the divorce, Amrita and Vikram were sitting side by side on a bench. They signed the papers and then, Vikram apologized to her for the second time. But it came from the heart after realizing what he actually did. But what changed his heart? It was his mother. His mother finally had the courage of accepting that she taught her son wrong and that her son is guilty.

With the apology, Vikram promised Amrita to win her back – that was the most shocking part to me of that story. I wasn’t expecting this but again it took me back to my mother’s life. Had she had someone’s support 25 years back, my father might have understood her worth and fought to earn her back? Or maybe, she could have found a better person or maybe just would have lived alone with her only child, but on her own terms. Living a life not just by sacrificing for others but by prioritizing herself.

That’s why “Thappad” is a movie that made me feel hopeful;  it gave me hope. It showed the journey of a woman from being submissive to gaining her own identity. A woman is not entirely lost in a bad marriage, there’s always a way out. Maybe, in this era women will have the courage and support from their loved ones while leaving someone whom once they loved pouring their hearts out.

Because there’s nothing worse than having a life with someone against your own will. It destroys both of them and the people around them. To find that answer, one can always ask me! 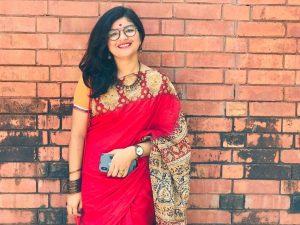