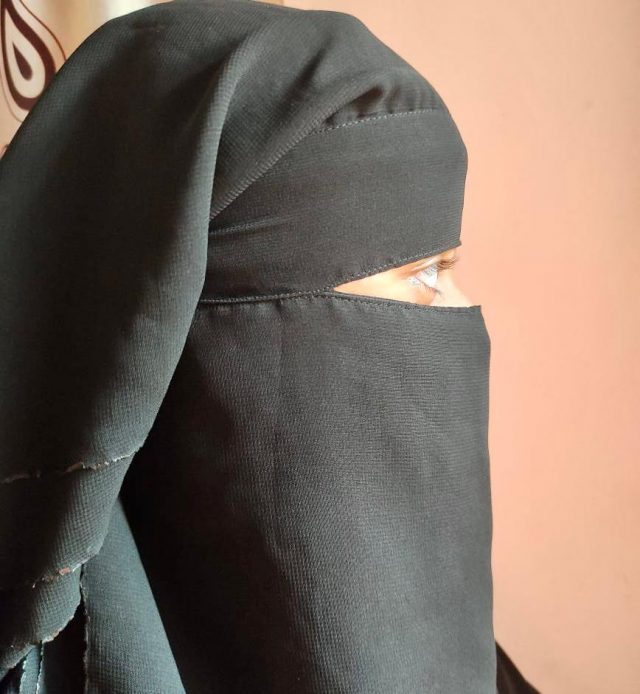 You can’t look eye to eye, and still wear

bracelet and anklets – the prisoner’s symbol;

tear off the veil of yours,

unchain yourself, it has taken enough toll.

In this poem, “Women,” Bangladesh’s National Poet Kazi Nazrul Islam’s call for throwing away “veil” has been misunderstood by many critics, particularly the conservative Muslims, and conveniently they misinterpreted Nazrul’s call for the removal of the veil as against the religious obligation for women. However, it is not.

The gender-sensitive poet believed in women’s liberty. He called for equality for women and wanted to break the gendered role in society.

The necessity of a veil for a Muslim woman must be understood clearly. The hijab and nikab (headwear and face-covering pieces) are not mandatory accessories or unique styles in Islam; instead, the veil is being used as a social norm, from society to society, for different causes. In many societies, it has become a symbol of backwardness or repression, and one can probably better understand and appreciate the message of this poem.

Wearing a veil is not part of Islamic law; the culture adopted it. Rather wearing a veil was a part of the olden days’ culture. Some Muslim women like to maintain a headscarf and face-covering by a piece of clothes. Some Muslim women do not want to wear any of those accessories as it is not necessary to maintain Muslim women’s modesty, purdah fitting to Islam. For more than fifteen centuries, using a headscarf has become a part of the culture in many religions. Thus, a veil or extra outerwear (a long dress to cover the entire body) has become a part of a social choice. Women are wearing those accessories sometimes for the pressure of the head of the family or for women’s choice.

Thus, this article touches upon double standards applied to Muslim women in Canada and worldwide. Some people talk about the veil/hijab/nikab/ hand gloves, others about Muslim women’s leadership, and terrorism in Muslims.

The diversity of the subject matter is indicative of the range of voices in the growing Muslim community. The way Muslim issues are discussed everywhere is not the definitive view of a true Muslim. Part of the problem with media representation is that some people talk about all sorts of issues randomly without pursuing knowledge. They just become the Muslim voice or non-Muslim voice; however, it would be great to have more than one point of view.

When we see a woman with a veil, a hijab, or a niqab, we must not change the ideas of diversity. We must not be fearful and standoffish and worried; instead, we have to be understanding and not see conservative Muslim women as the offender or the person to be feared, but rather see them as vulnerable and someone who wants to be understood.

In the doldrums of Islamophobia and ISIS movement across the world and their declaration to convert the entire world population into Muslims and Islamic states, a new fatwa was ruled by a Saudi Cleric against wearing hijab. The fatwa was issued by Saudi Arabia’s former head of the Commission for the Promotion of Virtue and Prevention of Vice in Makkah, Ahmed bin Qassim al-Ghamidi. He said that “Islam doesn’t require women to wear a veil,” adding that women can put makeup on, take pictures of themselves and post them on social media networks. The Saudi cleric said that “there is nothing wrong if a woman shows her face or puts makeup.”

He adds that as far as to claim that only the wives of the Prophet (PBUH) “were required to wear Hijab so that adult males outside of their immediate family couldn’t see them.” To support his claims, he quoted a previous saying of the Palestinian Islamic scholar Ibn Qudamah al-Maqdqsi. He said that “if the woman’s face and hands were intimate parts of her body, it would not be Haram for her to cover them while performing Al-Haj. Ahmed bin Qassim al-Ghamidi adds that instead of blaming women, the blame should be put on men who are required to lower their gaze. The Saudi cleric quoted Morocco’s scholar Qadi Ayyad, who once said: It’s not mandatory for a woman to cover her face outside her house, but it is a Sunna Mustahaba (preferable, not obligatory). Men, on the other hand, shall lower their gaze.” Morocco World News posted the above news on 6th December 2014.

It is unclear how Muslim women started wearing the veil/ hijab in Mecca and across the Muslim world. Was it imposed in the name of Islamic rule by men or not? Or it became a norm for women to get identified as their high status in society, need to be clear.

(Photograph has been provided by the writer. The photo may not be used elsewhere without the writer’s permission.) 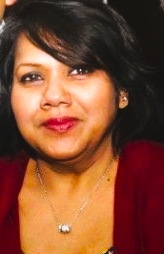