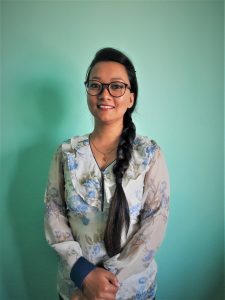 Gender Discrimination is an issue against which various national and international organizations are working together to overcome inequality and building a just world. During this continuous effort, various impacts have been observed. Hereby, I am discussing two such issues. First, a positive impact; but not much have been achieved to close the gap and meet the standard. Second, a negative impact; which has resulted due to the misuse of power.

Despite efforts made, a significant impact of gender discrimination is ingrained and challenging to overcome. During most of the development projects’ implementation, gender is a key issue and inclusion is evaluated critically. In one of the projects I am involved, community ownership is as vital as inclusion for the sustainability of the project. Therefore, considering both the aspects; inclusion as well as ownership, we aimed to form an inclusive committee. They, who leads the community and makes the decision for the community. We put forth a condition for the beneficiaries: For a committee to be formed, at least 33% of the members must comprise of women and/or girls with at least one in a leadership position. It seemed to us the best possible way to involve women in decision making and for their voice to be heard.

However, during a field visit, we realized that women did hold the position but neither they had any power, nor did they have any decision-making capacity. Surprisingly, all our effort was in vain. In order to identify the reason behind this reality that opposed our expectation, I carried out one-to-one interviews with 5 women from different villages who hold a leadership position. Except one of them, none of the other 4 had any idea on how their committee performed or have been making decisions; social or financial. While men made decisions and spoke for them, they sat quietly and attended the meetings without any questions or objections. When asked about the men regarding this lack of voice, they would either say that they would be happy if ‘a woman could lead and make decisions’, while in another village they connotated that ‘she is shy and not open about her thoughts, so they do not wait for her to speak up and instead take prompt decisions without her consent’. When asked to these women about this silence some said that they are happy with the decision while others told that ‘men know better’, so they do not feel that they need to speak up. Interestingly, one of them differed from all the other 4 women. She was an active young and educated woman, unlike others. She was appreciated for her sound decision making and leadership ability. Although young, she was respected for her views. She married early, but she continued her studies and has graduated. Despite being a housewife with two children, her educational background might have played a vital role, as she is very much determined to bring about positive changes in her community.

To overcome the impact of gender discrimination, new rules and laws were born, with an expectation of positive changes in the community, but there were cases when the laws were misused for personal benefit. Previously, I was working as a researcher on a Gender-Based Violence project, whereby I realized that gender discrimination and exclusion has resulted in rules and laws that favour women. Women are considered the ultimate victim and as a result, women’s voice is heard more easily than ever before. However, this ‘positive’ change came with consequences.

In many rural parts of Nepal, it is common for men to travel abroad for labor jobs so that they can earn and send money to their families in Nepal. While men marry and leave, women are left behind to take care of the husband’s family. In the meanwhile, women get involved in an extra-affair while her husband is away. Thereafter, women claim that they have been a victim of violence and reach out to the court and receive some portion of her husband’s property, which they enjoy with their new partner.

This I claim to be the impact of discrimination in two ways. Firstly, had there been equal opportunity for men and women, beforehand, women would not have been limited to house works. They would have received an equal opportunity as compared to men. Secondly, gender discrimination and male domination resulted in such laws that favored women over men. As a result, the power has been misused and now it has created new challenges; a negative influence that is developing its prevalence over various communities.

When it comes to development, ‘Gender equity and equality’ has been a buzzword. But to eradicate it has been tough and is growing tougher. Till date, we are still struggling with this issue and its impact that has bulged over generations. Nonetheless, the impact of gender discrimination has initiated new faces of challenges and opportunities. The path to equality seems to be far away than we might have been expecting. Most importantly, to overcome gender discrimination, it is essential to understand the concept of gender and discrimination, its effects over the past decades and finally work together to overcome its deep-rooted history.

Samasti Tandukar is involved as a Senior Monitoring and Evaluation Officer – South Asia. She is a full-time staff in a UK-based NGO in Nepal, Renewable World, where she leads the South Asia team on monitoring and evaluating the projects and conducting research related to Renewable Energy Technologies.

Acknowledged as a dynamic, young individual intensively involved in health and social sciences research, she loves exploring and traveling. She believes, this process of exploration and travel would continue for the rest of her life and would help her grow further as a researcher.