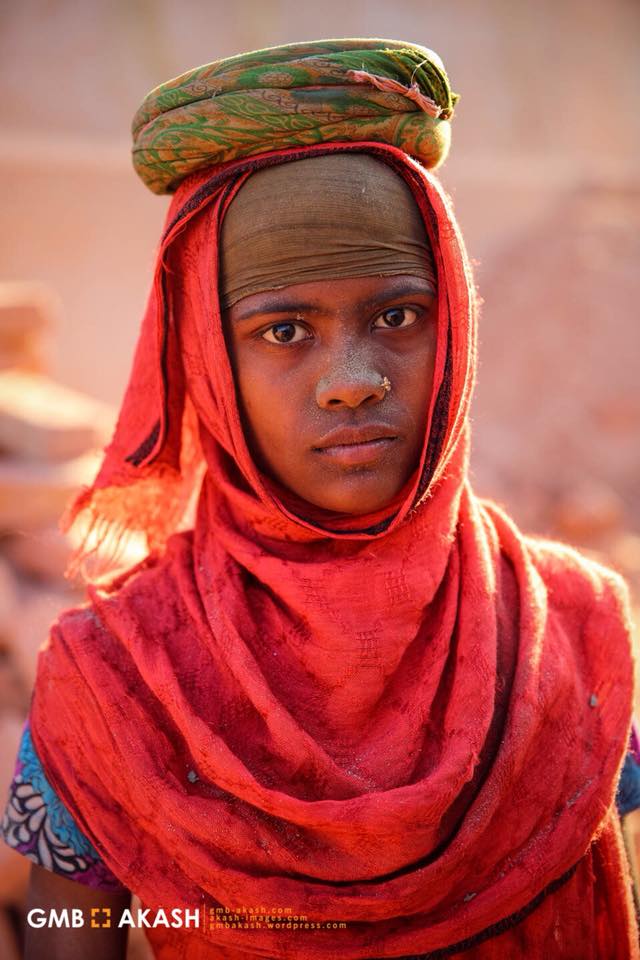 My daughter was one month old when I came to get a job in the brick field. The contractor asked me to leave when he saw me with my baby. He told me that there was no job for a woman. I begged him, cried a lot and then I waited the whole day in the field in hope that he would change his mind. I had no food at home, there was no trace of my husband and I had no idea how to save my daughter. The entire time my daughter was crying for food and I was crying for a miracle. An old labourer came to me and asked me how I could do such job with a new born child. I started crying and could not able to tell him how I was starving, how my daughter was suffering with fever. He was asking me to calm down and I was shivering in tears. If that day I could die, I would be able to stand it. But I was holding my baby and I could not even die leaving her behind.
The old man went to the contractor and requested him to take me. The contractor asked Chacha to go back to his work and threatened to dismiss him from work. The old man became angry and left his job of 30 years. That moment I felt vulnerable. I did not want anyone to suffer for me. I told them to forgive me and requested the old man to go back to his work. When I was leaving the contractor called me and asked me to join everyone the next day. Chacha came to me and gave me 50 taka to buy food. I did not want to take the money and he asked me to return it to him after getting my wages. Because of the money I was able to eat after two days of starvation.
When on that first day I went to work, Chacha created a small space for my daughter and put an umbrella above the mattress that he brought for my girl. I kept my daughter there and fed her in between my work. Chacha became my father and everyone else became my family How years had passed I have no idea. And there was always one person for all of us, our Chacha, Md. Ali. I often told Chacha to spend his old age with us. But his last dream was to go back to his village. I asked him not to return to his village, not to leave us. He always smiled and told me his heart resided in his village, where he must return.
I was saving some money so I could give it to him when he would leave us. He was also waiting impatiently to go back soon. But he could not do that. He died while working. He had a sharp pain in his chest and I lost him before I was able to do anything for him. He died with his dream to return to his village. Everyone wanted to take him to the local graveyard, but I did not let anyone to do that. With the contractor and everyone’s help, I took him back to his village. Now he is resting in peace in his village I was just too late to take him back which hurts my heart with grieving pain all the time.