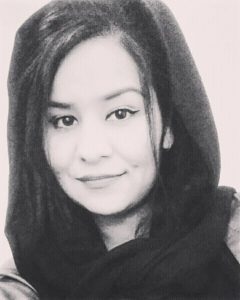 Not only in contemporary Afghanistan but also from very ancient times, women play a very pivotal role in Afghanistan. In the case of Afghanistan, there are two reforms which show the status of women that lead them to get modernized, first Abdur Rahman Khan from 1880-1920. The second is during Amanullah Khan in 1923 was inspired by modernized Europeans and that is the reason he decided to modernize Afghanistan.

Unfortunately, due to the conflict and wars which happened in Afghanistan, it kept women away from modernization. After the Taliban regime and the temporary government, Afghanistan is trying to find its way back to modernization especially by giving women back their rights and support them to stand on their feet and lead them to be independent.Education has been a priority since the collapse of Taliban.Therefore, to eradicate illiteracy and get women educated properly of Afghanistan, the US funded a shocking amount of money in Afghanistan. On the contrary, the constitution emphasizes the balanced development of education and argues for equity for special groups, Women, nomads, illiterates and teaching mother tongues in areas where they are spoken.The government and some specific non-governmental organizations also provide education for girls across Afghanistan and brought many projects to train them into the educational system and the also to work for women’s future education.

On the other hand women and men in Islam have equal rights in everything and should be respected. But there is still violence against women and girls through physical, psychological, and sexual violence because they are still affected by the war and this is the reason why until today Afghanistan is a male dominant country. Afghan women and girls are repeatedly being forced into marriages with older men, leading to a rise in suicidal tendencies. Although, there are women who are attending school and there are women who are getting an education so they can find a good job to have good future and family planning. The women who work come from all classes of women. The upper-class women work for their independence, middle and lower class -they work to improve their financial situation.

Until this day “Women and girls in Afghanistan continue to face discrimination, violence, street harassment, forced and child marriage, severe limitations on working and studying outside the home, and limited access to justice. According to a Global Rights study, 87% of women in Afghanistan went through physical, sexual or psychological violence during their lifetime.Traditional justice systems are still working against women’s rights, discouraging the formal legal development.

The key reason for the girls who are working is to be independent but essentially their aim is that they want to be financially independent and be the support of their family so they can stand on their own feet and matter in her family and her society.For most of these girls and women, watching women working in government jobs, in television channels, and their own school and college friends working and doing well inspired them to work and to be independent on their own rather than asking and depending on someone else in their family but mostly they wanted to be an example to other girls to find the courage and fight for their independence and stand on their own feet.

Women in Afghan society are considered as the honor of the family and they are chained in pureness. They are being controlled under the strict concept of the dignity of the family and that doesn’t allow them to choose their own option and paths and it’s her family who will decide her future and they are bound to follow without any objection. The decision making of their life and future are the only male of the house either father if not than brother or uncle.

We always hear about men being violent on women and discriminating women’s right. There are two kinds of violence, one: the violence of men on women, second: the violence of women against women.There are many who violate women but the roots of that violation started from their mother in law or sister in laws. With them, tempting and telling things to man would boost his anger so that he gets angry and starts becoming violent on them woman.Unfortunately, the violence doesn’t end just in the society and inside their house but the violence takes place inside their office as well.

The working women face a lot of challenges balancing their personal life and work life.As a working woman, that woman of the family should handle and complete the house chores and then go to the office to finish her work in the office.However, the girls who are not married don’t feel so much pressure in their housework as much as the married women do. If a married woman in Afghanistan doesn’t take care of her responsibilities and neglects her children than the family will prevent her from working because she can’t handle two things at the same and for them, the family chores and her kids rising is more important than anything else.

Due to the traditional beliefs, on the other hand, women’s ability to participate has been limited in the workplace. They face many challenges because of them being a female, in a society like Afghanistan women are considered discrimination in the labor force, harassment and in some place, they get lower compensation comparing to men. On the contrary, in the sphere of work, many women felt happy and independent but there are times that women cannot be as comfortable as they want to be due to the social and cultural barriers that made things taboo for women to tell or talk about in a society.

In Afghanistan, women have been the main victim of wars but if they are given the opportunity, they can make a huge contribution in the social and economic sector. Women are the main teachers in a family because when the mother is educated she will teach and educate her kids. A working woman can be a provider in a family and can change the mentality of men towards women who are working by setting an example. Lastly, I would like to say that Afghan women are determined to have their rightful place in their country for the development of themselves and their country and they want to play their social role by attaining their rights.