2009 vs 2019
#10yearschallenge
I just realized I did not take a lot of photos during those years because I was constantly reminded that I am ugly. I was not technically bullied but was often compared to other girls of my age and that affected my self-esteem so much. I hated my face as a teenager. I used to wish so much to meet beauty standards set by our society.
Hugs to my younger self who allowed other’s perceptions to become her reality.
P.S.-the photo on left might be taken in 2008/2009. Not sure 😐

I wrote this status yesterday, on the 16th of January 2018. It all started with the #10yearschallenge going viral on social media, where I noticed many of my friends and acquaintances were sharing their photographs-one current and one taken 10 years earlier. I thought to myself “Why not?”. I tried to find a photograph of mine dating back to 2008/2009 and much to my horror, I realized I have only a handful of photographs. Why was the case? I created my Facebook account in 2009 but I can barely find my own photographs. Even in my collection of old photographs, photographs from my teenage years are scarce. I found out I had only a handful of them. I questioned myself, “Why do I have only a handful of photographs?” Reflecting on my past brought in a flood of painful memories which many youngsters can probably relate to. So I poured my emotions into the brief post; and I received some really compassionate feedback from several wonderful individuals. And this motivated me to share my story elaborately and send out my solidarity with anyone who has been through similar experiences and can relate.

I was not considered beautiful, by most people I knew. I always yearned to be called beautiful. Once in 2008, sometime towards the end of the year, I bumped into an acquaintance after a long time. This man saw me after about 7 years; which means he saw me the last time when I was about 10 years old. And the first words that he uttered were, “Oh little darling! your appearance is totally ruined!(Tomar chehara to pura noshto hoe gese!)”. I was taken aback and upset by his words, but I did not say anything in response. Because I too considered myself as an ugly duckling.

I had a beautiful brown diary that I maintained from 2003-2010. I decorated the diary cover with some photos of barbie doll that I had collected from magazines. In this diary, I used to glue every article I used to find on beauty tips- how to look fairer, how to have shiny teeth, how to have long silky hair, how to have full lips and so on. I was only a child, and I felt I had to try all of these tricks secretly. So, on several occasions that I was left in the house with only my younger brother and the domestic help, I used to try making face packs from ingredients I could find in our kitchen. I carried on my beauty mission for a while, and then my enthusiasm lessened when one day I was told that I was too young to try out all these things and that applying face packs might actually ruin my skin. As a teenager drowning in self-doubt, I already hated my skin and I did not want it to be ruined further! So, I stopped experimenting for a while. But I continued collecting articles. It was my goal that when I am old enough, probably 18/19, I would start with maintaining a beauty regime. I wanted to look beautiful. I craved to be beautiful. And what did becoming beautiful mean to me?

First and foremost, I grew up seeing an obsession for fair skin. So, I wanted to be fairer. I was not fair enough. Secondly, I was slightly chubby and on many occasions, I was mocked on the basis of my increasing weight. These taunts and mocking words damaged my self-esteem to a great extent, and it took me a long time to start feeling comfortable with myself. And I know I am not alone.

I know many people who have experienced similar instances, irrespective of their gender. Being mocked for how you look while you are growing up can often leave long-lasting emotional impacts on people. While this applies not only to young girls, young girls often grow up wondering if anyone will ever marry them because in our society, girls who do not meet the beauty standards set by the society, they are often taunted. And the mental harassment does not end at criticism of their appearance; any qualities that these young girls possess are often dismissed. I know people whom I know personally and adore, they are adults and still struggling to overcome the self-image issues that they developed while growing up. They have gone on to achieve a lot professionally, and yet deep down they are still hurting! It breaks my heart, not only for my younger self but also for them- whose heartbreaking stories make me feel sad and angry.

And while I feel sad and angry on one hand, I feel optimistic about the future when I see much writing about self-image issues, and very heartwarming videos and messages being created by social media influencers. It gives me the hope that the future will be better, and that many youngsters will draw inspiration from the art of self-acceptance and self-love being promoted.

That was my two cents on the topic- I wish us all to find comfort in our uniqueness, embrace our unique beauty and other qualities and love ourselves. 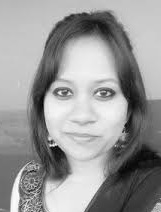 The writer is currently based in the Netherlands. She is working as editor of Women Chapter’s English site, and policy director at Safety First for Girls Outreach Foundation, a not-for-profit organization based in Zambia. She is also volunteering at the Hague Peace Projects. Her passion also includes inter-faith peacebuilding, refugee rights, women empowerment etc. She is one of the young leaders of Women Deliver Young Deliver 2018 Program. She was a participant of AGORA 2018- the Young Feminist Summer Camp organized by European Women’s Lobby.