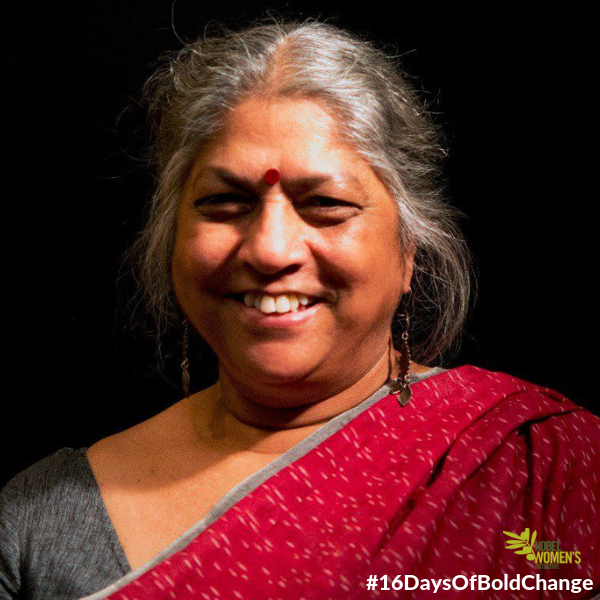 “You have to be a loud national voice if you’re ever to get anything done.”

Shireen Huq is a true mother of Bangladeshi feminism. The organization she helped found, Naripokkho, began in 1983, just 12 years after Bangladesh won its own independence. It has become a leading voice of women’s rights in the country. At the time she started Naripokkho, Shireen was pursuing a PhD in the UK. She was pulled from academia to activism by an explosion of interest in feminism in the context of a new country where women’s rights were sidelined in political discussions. When women gathered to talk, Shireen recalls, “We had no idea of the intensity of the sense of injustice that lay beneath the surface, ready to explode.” From 1987 to 2006, Shireen served as an advisor to the Danish development agency, DANIDA, but her work for Naripokkho – all of it voluntary and uncompensated – has always been her true calling.

This year, Naripokkho celebrated its 25th anniversary. What has changed since you began?

In the early days, we had a lot of disagreements with the mainstream women’s movement – not about what we believed, but about how we sent our message.  In 1984-85, we were invited to join a large effort against violence against women. Bangladesh had a military government at the time, and there was a ban on political activities. A lot of activist energy went into social movements, and the fight against violence against women was framed as a law and order issue. We disagreed strongly; we saw it as a product of systemic discrimination. We also wanted the face of the effort to be female, and ensure that survivors’ voices were heard. More conventional groups felt that if only women spoke, the idea would be more easily dismissed. An early slogan of ours, ‘Women Resist!” was considered too ‘belligerent.’ They felt we were too radical, too cheeky and that we were young and should be more deferential.

What other important campaigns are part of Naripokkho’s history?

In 1987, there was a very strong government push for population control, with pressure on women to use modern contraception and sterilization. Government clinics and workers received compensation according to the number of women they treated, which led to abuses. Our campaign for safe contraception led us to think about reproduction and women’s bodies as a whole. In our society, these were taboo subjects. One of our famous slogans, “My Body, My Decision,” caused a lot of flurry, with journalists asking “Do you mean free sex?” 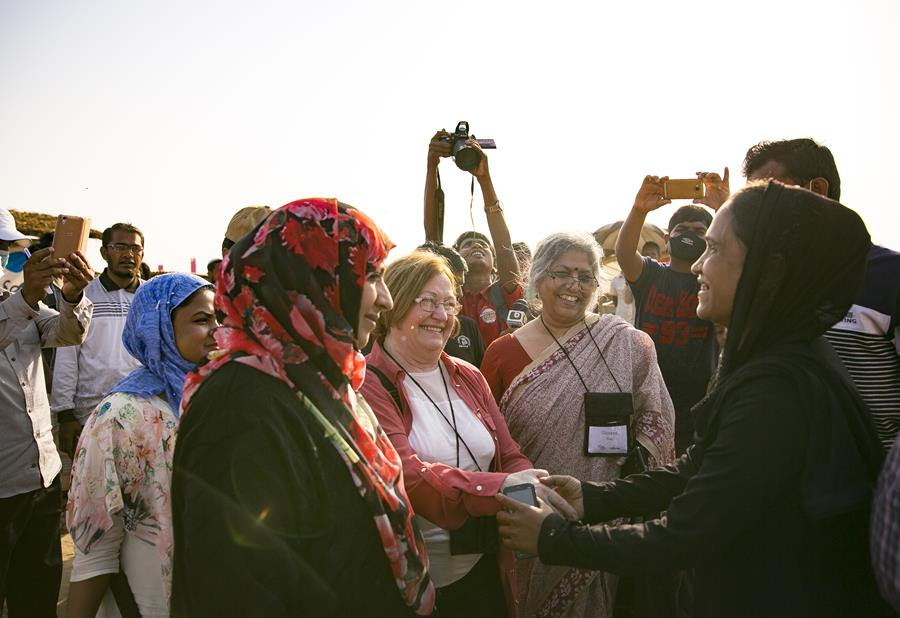 So Naripokkho’s role is to take a radical position, and force your Sisters to come along?

Well, not quite force! We take a position, make a lot of noise and hope that others will be influenced in some way. We are very small, with an actual membership of around 100. Rather than being large, we want to have a large network. In fact, we had a very successful national network for 10 years. During its heyday, if some egregious violence took place, member organizations from across the country would be out in the streets, and within 48 hours, we’d have a nationwide protest. You have to be a loud national voice if you’re ever to get anything done.

What are Naripokkho’s priorities now?

In a sense, we’ve moved into new arenas that are not specific to women. We live under a very repressive and autocratic government, and the most important fight today is about freedom of expression and speech. Other issues are the death penalty, secularism, and the struggle for a more humane state.

Has Naripokkho succeeded in improving the condition of women?

We’ve made progress on some aspects of violence against women. There is now a whole coalition of women’s and human rights organizations that have successfully pushed for legislation to address violence. Acid attacks, which have been perpetrated against women who defy conventional norms – for instance, rejecting a marriage proposal – are showing a downward trend. On the other hand, it appears that rape and gang rape has skyrocketed. It makes one wonder: all this work, all these campaigns and all this awareness raising – has it made any dent at all?

What do you wish for the future?

I wish our movement had more young women. I admire the young in some ways – they’re much more focused on their careers than we were. But I wish they would think beyond their own well-being. As more young women work in offices and factories and take public transport, issues like sexual harassment are more prevalent. There’s a lot of anger, but somehow they haven’t come together to fight yet. That surprises me. Or maybe the battleground has shifted from the street to the computer. Maybe I need to adjust to the idea that a different generation will do things differently.