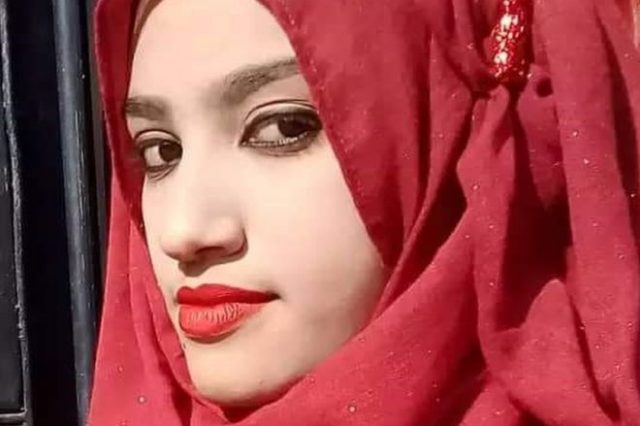 My sister, I don’t know where to begin from. My fingers are trembling and my eyes filled up with tears. But still, I need to write. I need to salute you for your bravery, and I want to cry, and I wish to scream against this injustice.

The first time I came across your story, I was frozen with grief. I cried. I remembered my own agony as a young girl, at the age of 12 when I faced eve teasing and subsequent blaming, at the age of 16 when I started getting sexually abused which went for a long time and then last year when I had to go through slut-shaming for raising my voice- for revealing the heinous deeds of a man who was a father figure to me.

It broke my heart to know what was done to you only because you chose to protest- you chose to raise your voice against sexual harassment. Just before few months, #MeToo wave hit Bangladesh. We are a nation with over 160 million population, but only a handful of women managed to speak up. You know why. In our society, sexual harassment is widespread and most cases go unreported because it is a shame. If you are a woman who has faced sexual harassment, it MUST BE YOUR FAULT! But my sister, you did not have the social privileges or a support system. You were so young, so full of potential, and courage and bravery- but your life was cut short by those low lives who wanted to silence you, who wanted to bury your story. How much I wish you had survived and recovered, and that I could meet you someday and hug you and salute you! My sister, you were a warrior- you raised your voice in this conservative country where women are sexually harassed every now and then. It makes me speechless to think of how much courage you had to muster to raise your voice,

But today, not just in Bangladesh, your story has triggered outrage across the world. I do not know how to react to this. It took me some time to come to terms with your story. Every time I think of you, my heart breaks. In our society, at every level, we are not safe. Being born a girl child in Bangladesh is a curse. Whether someone is   3 years old, or 30- if you are a female, you are always at the risk of facing some form of harassment or the other. But you are not supposed to talk about it. Because it is always HER FAULT!

My sister, you inspired me with your bravery. At your age, I wish I had the courage to raise my voice. But I did not. I feared being blamed, I feared to raise my voice, and I did not want to lose the image of a “good girl;” I did not have the courage, nor did I have your determination. At the age of 19, I was broken and never thought I will ever be able to speak up. When I was sexually abused for a long period of time, I felt guilty and wondered if I was at fault or if I was cursed somehow. You inspired me, but I am overwhelmed with grief as you are no longer with us. It makes me wince to think of all the pain you endured until your last breath.

I wish those perpetrators will be punished for this heinous crime, but we are from a country where often crimes go unpunished. But I really wish they don’t get away with what they did. Because if they do, it will strangle the voices of others who are going through similar experiences and want to protest, want to put an end to being harassed/molested/raped.

Nusrat, my dear sister, you will not be forgotten.

Nusrat Jahan Rafi was doused with kerosene and set on fire at her school in Bangladesh. Less than two weeks earlier, she had filed a sexual harassment complaint against her headmaster. 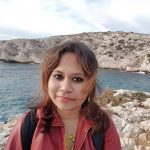 The writer is working as the editor of Women Chapter’s English site, and Policy Director at Safety First for Girls Outreach Foundation, a not-for-profit organization based in Zambia.  Her passion includes inter-faith peacebuilding, refugee rights, women empowerment, etc. She is one of the young leaders of Women Deliver Young Deliver 2018 Program.