“You should be strong enough to stand for yourself- Adila”

Afghan women wish to be independent and live a simple happy life but unfortunately, most of these women suffer under various cultural restrictions. Women are subjected to live in accordance with the rules and conditions of the society and are strictly expected to obey them. Although we are told and taught that men and women are equal but experiences of numerous women prove that it is not true. One way or another, women’s right, their dignity, and their self-respect are being violated. We are going to share with the readers one such narrative amongst thousands that are happening this very moment. This is a true story of “Adila”, a woman who suffered all her life and finally found the strength to tell us her story as she expressed her miserable life experiences with us.

“In my life, countless things occurred and if I start telling you all of it, maybe a book could be written. Most of these memories are too painful to remember and too difficult to forget – Adila”. She was thirteen years old when her brother invited a friend for a visit. She was kept unaware of the fact that it was a marriage proposal. Without her knowing/consent, they had come to ask her hand. She was very young and so she denied the marriage but they insisted repeatedly and coerced her to get married. After some days of showing phony love and pampering, he started beating her violently. Only three days’ post-marriage he started revealing his true violent nature as he beat her mercilessly. She couldn’t bear the physical and mental pain and cried historically as he tortured her and she was unaware of the fact that he was drunk as well. She doubted her own self-conscience thinking if “something was wrong with herself” or that “she was at fault on her part or that she did something wrong which he didn’t like”, though none of it was her fault. He would soon come and apologize to her claiming he was “sorry” and that he was drunk and unaware of the night he beat her stating that he remembered nothing. A small ray of hope dawned on her as she thought to herself, “maybe this would be the last”. To her surprise, that ray of hope would soon be shattered as he would beat her again and again following the same pattern day and night. His violence and torture continued persistently and she cried to the point till her tears dried up.

Her husband exploited her to the point that she was no more considered a human but rather a commodity, a servant. The questions she asked herself grew bigger as she pondered over questions such as- why she was alive? What was her destiny? What was her fault? She was soon treated like a trained circus animal as he forced her to follow all his commands without any questions being asked. It became her daily life and a routine of him drinking and battering her. At times he would be drunk to the point that he would not remember her as his wife. Soon as it was meant to happen she was expecting a child and yet the beating only got worse even through her pregnancy. He would punch her hard on her chest; unable to bear the pain she would fall down and just lay down till the pain subsided. Sometimes the punch was so hard and unbearable that she thought she would die; fortunately, she lived. She couldn’t approach her family and neither the government for seeking help because in Afghanistan when a woman wants to separate from her husband, it is always “she” who is being blamed and “she” who is always considered being at fault without proper investigation. At a personal level, she couldn’t even share it with her mother as she was having serious health issues. Thus, she tolerated everything inside her by herself lonely and in pain.

Soon the day came when she gave birth to a son. He was lucky enough as he got an opportunity to pursue his education elsewhere. After their son returned she hoped that her husband’s behavior would change but then again she was completely wrong. Due to his bad reputation and cruel behavior, they could never stay in one place or in one society and he made them move to another city. Then the worst of him came out as he started having affair with various other women and yet she was not able to say anything as he would batter her even more ruthlessly if she raised her voice or asked any questions. Seeing her husband with another woman in front of her own eyes was the most difficult part of her life; the worst part of it being the fact that it occurred in her own house.

Several times she gathered the courage and asked him “why are you making me go through all this, you told me that you love me?….when you love someone, you don’t beat and torture the person you love”. Her words went ignored and her voice went unheard as he would never listen. A consequence of her repeated asking would be that he would thrash her again. If she tried again or if she refused to listen, then he would warn her saying he would throw her out of the house naked and exposed and that he would kick her out of his life and his home. Overhearing such warnings and being scared, her kids would come up to her and beg her to stop questioning as they feared that they would lose their mother.

He took full advantage of the situation and started bringing girls and prostitutes to their own house. This made her feel even worse than what was difficult before. She was ordered like a servant to clean the house and serve his prostitutes and female escorts. All the more she was ordered/forced to keep her mouth shut in the society about the happenings in her house on a similar former pretext that he would throw her out naked and vulnerable. She had to tolerate everything for her children’s sake but as time passed, he made the situation of the house worst which was too much to handle and she left the house and went onto her mothers. Her neighbors would cry after seeing her situation and her pain; unable to help, their hands were tied since the situation was believed to be a family affair as most Afghans see it as. One dreadful night her husband had kicked her out of the house in the midst of the darkness. She had no option but to hide in her yard for she had nowhere else to go.

Even though all the pain and suffering he had done upon her, she was unwilling to separate from her husband only for the sake of her children. She also felt she wasn’t educated enough to stand independently financially. With that in mind, she had returned to him from her mother’s house. Immediately after seeing her he dictated a set of rules which she was obligated to obey otherwise she would bear the consequences. Then the worst of the worst happened to her; she realized that her husband got married to two other women behind her back. Furthermore, as if the worst wasn’t enough, it killed her soul when she discovered that he married the two prostitutes whom he used to bring back home in her presence. This time she left her house for real wearing only a piece of dress leaving everything else behind. The physical and mental pain was excruciating this time and she had reached her limits to tolerating and hence she went back to her mothers. She lived with her mother for five years. Seeing her daughters grief and her unfortunate situation, it took a toll on her mother and made her more worried and ill. To her worst nightmare, one awful day she lost her only best friend followed by the death of her mother. Once again she stood alone with no support behind her. Remarkably, her brother rose by her at that very moment and persuaded her to get a divorce from him. She applied for a divorce immediately and after a long one and a half years of delay, her divorce was granted finally.

After years of agony and pain, at last, she heard the voice inside of her and denounced her marriage completely. To this, her husband has taken a grudge against her and threatened to kill her. For that reason, she had to flee from her hometown with the help of her brother-in-law. Unfortunately, her sister still thinks she did a great mistake by taking a divorce. To this day she keeps herself hidden from her remaining family members and they do not have a clue where she is. Now she is seeking shelter in a noble relative’s family her brother-in-law had introduced her to. She made them promise that they wouldn’t tell anyone about the location she is hiding in. Luckily the family understands her feelings well.

“Now I have nothing in my life but I am happy; after so many years of suffering and agony I know the meaning of life; No matter how good you do in your life, people will always talk behind your back and judge you unfairly based on patriarchy. That is why I have learned a lesson that we should decide our own future, our own life from our childhood, from the very beginning– Adila”

She wants to enjoy the freedom she has after many long years, she wants to feel like a human being again and she wants to have hope in her life again as she is searching for a small job to support herself financially and independently. She longs to build her life on her own terms. From a woman who went through much turmoil and agony from a young and tender age, she requests everyone not to accept anything that is forced upon them. She encourages them to believe in themselves and fight for their rights and surely someone will come to your support and stand by you. In the meantime, “You should be strong enough to stand for yourself- Adila” 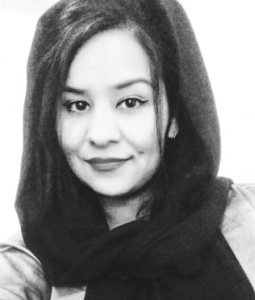 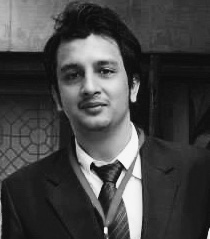