“We found love in a hopeless place.”

This song by Rihanna honestly never made more sense to me before 2017. 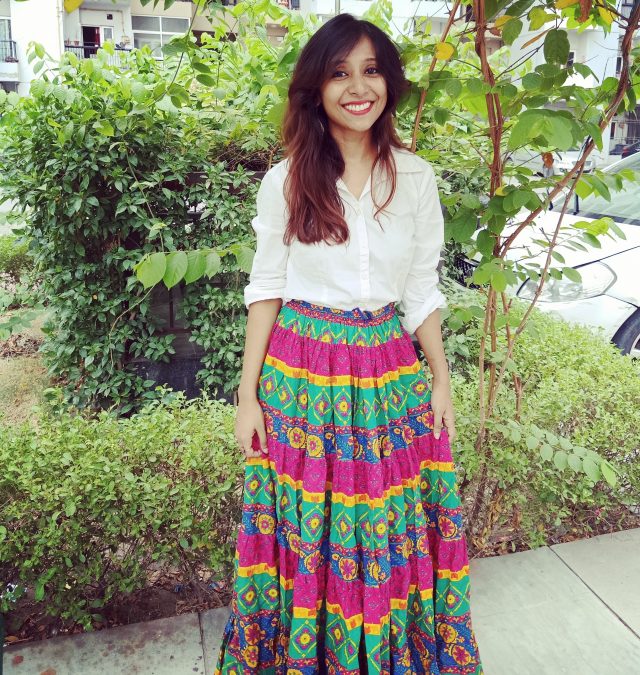 I got married in 2012, but things were falling apart because of many personal reasons. Things got worse when his mom moved in. She began not allowing me to enter his room or talk to him. She would ask me to get money from my parents and say horrible things. We used to run a business together and had to shut it down. We had mounting payables and I had taken bank loans and personal loans to clear them off.

In Feb 2017, we filed for a mutual divorce. I asked him to only pay for the kids’ school fees. In March 2017, for taxes and to understand where the loan money I had taken was used, I sent him a mail to explain the transfers I had made to his bank account. The next thing I knew, they filed a case against me stating I had previously taken money from his account.

My kids and I had moved to Delhi by then, I had lost all hope, but it got worse. On the 26th of October, 2017 police came to my parents’ house, they took our phones, and me for interrogation. My mother in law was there too, filming and taking pictures. I was not taken to a police station, but I was kept in a mental asylum and tortured. My parents didn’t have any idea where I was.

The next morning I was taken to a police station where they forced me to sign on the paper stating that I was arrested on 27th October and not 26th. From there I was taken to the court and taken into custody.  A female officer gave me her phone to call my parents, 36 hours after I was taken away from them.

It was late in the evening when I met all of them for the first time in custody. So many women and children around, those stares, I still can’t forget them. On the first night, I met two kids – 5 and 3, who were living with their mother (about the age of my own kids). I had not cried until then after the harrowing day I’ve had with the corrupt cops, but seeing them I broke down. How could the kids be in there? What had they done to deserve this? These questions haunted me all night. While I slept on an old, blood-stained cloth that night, I could see cockroaches crawling in an open bathroom. Those women in there fed me food, gave me clothes to change into. I was blank. It was a lot to process for me – how could the cops force me to sign on a paper that said I was taken in for interrogation a day later than the actual day, why would Indian police of all fly me down to Bangalore in an Air India flight booked at the last minute at a sky-high price? Where did the money to buy tickets come from? Rather, who bought them those tickets, these questions weren’t letting me sit still. The women in that hall told me to take a shower and just sleep. The bathrooms had no doors, only sarees as drapes or curtains.

I met some women there who I was really scared of in the beginning, but they taught me how to love and be kind without hoping for anything in return. There was a Pakistani girl who would always share her food with me. She even said this to me once – “Didi (sister), did you ever think that you will share food with a Pakistani someday?” This actually made me think. We spend our lives hating other people without any valid cause or reason. Anyway, I had to do something to spend my time there in custody. So I started reading. The library had many books – Indian History, Sherlock Holmes, short stories by Rabindranath Tagore, to name a few. I learned reading and writing Kannada. I made friends. I even became their official English application writer. Gradually, I started writing letters to my father and a friend who I was very close to.

We would sing and dance, share our stories, talk about our families. When I fell sick, I was hospitalized and all the women there took care of me. They would always tell me – “You are educated. You must do something for us women, who are here even after only being alleged, and we are not even proved guilty. What if we are proved innocent? Can anyone give our respect back and dignity and the life back?” I used to write a diary daily there before sleeping. I wrote that night that I will do something for these women. I didn’t really know what I would be able to do, but I wanted to do something to make their life better for sure. I did find love in a hopeless place.

The day I got out, I had tears in my eyes. In Feb 2018, on my 30th birthday, I started Sahurii – an initiative to rehabilitate under-trail, released and acquitted women and their families. My first project was getting two little girls into a good school whose mother was still in custody. They have completed one year already at a missionary school now, and we have rehabilitated many such women. We follow the model of direct sponsorship wherein sponsors are connected directly with women who need help. They provide them with legal aids, counseling, hygiene products, books, stationery, baby products, etc. directly. This way a personal relationship is also established between the sponsor and the woman who is sponsored. We all need good support systems in our life. We are trying to do our best. We have just started and operated at a very small scale even now. In fact, the other day someone asked me why don’t I create a Facebook page, and I actually wondered if it is something I would have wanted to advertise? Advertising someone’s pain is not what I wanted to do. But yes, if more people join in helping them, I would love to create a Facebook page soon.

I live in Delhi with my kids and parents now. I never had this kind of satisfaction in my career ever before in my life. I believe that kindness can never be repaid. It is a chain that grows. Never let anybody’s understanding of you make you change your belief in yourself. Give, love and live.

Oindrila is a Brand Strategist by profession and a writer by passion. She started the initiative Sahurii in 2018 to help rehabilitate women whose cases are under trial in the courts of law and their families. Sahurii aims at providing them with educational aids, self-employment opportunities, personal/hygiene products, and emotional support and counseling.