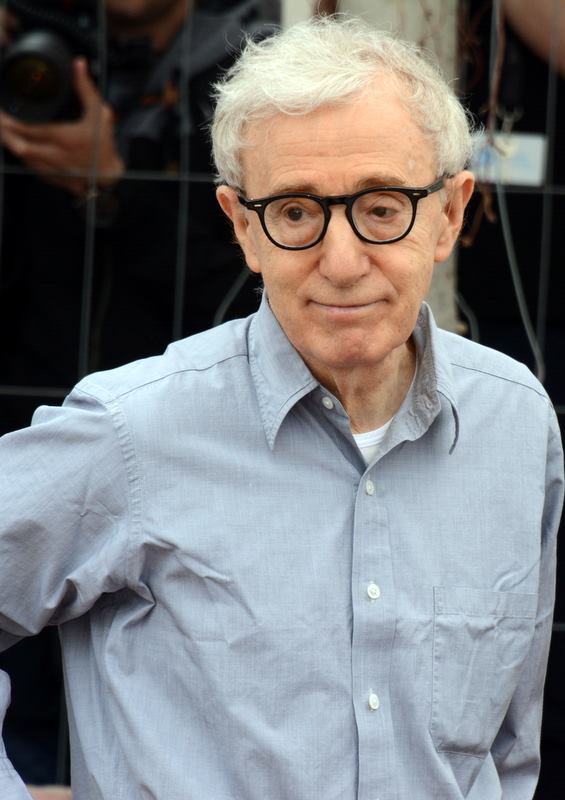 I was in love with a perpetrator. It was in Poland in 1980, during which Martial Law left the country and its citizens separated from the western world. For someone who did not live in a Communist nation, I would imagine this isolation as difficult to imagine.  We had only two national tv stations at the time. What was aired was first approved by the controlling and paranoid eye of the government.

For some bizarre reason beyond my understanding, the government regime at times released American movies. I was an avid reader and movie aficionado since my early childhood. When I was around five, I began reading independently. When I was ten, I was well versed in the history of Nazi labor and death camps from The Holocaust.

During the era of Martial Law, the Polish Government limited and restricted contact with the western world.  The release of each new Allen film by the government during this time was almost as special as a holiday to me. It was a holiday. I celebrated these special occasions. I loved Allen’s neurotic and descriptive narratives related to his Jewish upbringing. I could relate on numerous levels coming from a Jewish background. The ability of Allen to transform everyday ideas, images, and experiences and to intellectually give them context and breadth is in part, what inspired my early adoration of psychoanalytic theory.  When his character spoke of his ineffective 25 years of therapy, I was puzzled, curious, and amazed.

I tracked each new movie release and film screening for his subsequent films on VHS, DVD, and eventually the internet and theaters. I loved his relationship with Mia Farrow. The idea of living separately from her in NYC, but both having apartments on opposite ends of Central Park and looking at each other through binoculars was a neurotic romanticism that I found endearing.

In 1992, I began to hear about sexual assault allegations against Allen. I read about his rape and sexual abuse of his and Mia’s adopted and underaged daughter Dylan. I read about Allen’s marriage with Soon-Yi, who was also an adopted daughter. I remember my reactions very vividly. I froze. I was speechless.  I did not discuss any of this with anyone.

I watched as my neurotic teacher and creative inspiration destroyed the lives of his daughters, Mia, and their family through his sexual predatory and pedophilic behavior. As with other emotionally powerful life experiences, I lost my voice for a long time, but I was not completely silent.

I stopped watching his movies. I stopped reading his stories. My excitement was gone, but I yet to confront myself with the painful truth regarding Allen’s behavior. That was until last month when I started watching the documentary Allen v. Farrow, which recounts Allen’s sexual violence against Dylan his daughter.  Listening to her recount these harrowing experiences, seeing her pain, trauma, retraumatization, and her at times lack of support, has been absolutely powerful. I realized the power of abuse and the power of denial. I additionally learned how Allen was in some cases given a pass on his behavior because he was a talented content creator, an artist. Our culture often gives passes regarding personal accountability to people with special talents or prestige.

Allen’s art, his films, also came with his pedophilia, sexual abuse as well. In instances like Allen’s, the consumer and fan must make a moral decision.  The art cannot be separated from the artist and the criminal behavior, therefore, cannot be separated from either the artist or their art. This sometimes is not easy for the consumer, as was my case for several years.

Allen is a perpetrator and predator. It was difficult for me to realize that I love the work and expression of a sexual predator. I did not want to clearly see how continuing to support his work was to directly enable his illegal and immoral behavior.

I realize that as a society, we are at times enabling many perpetrators because they are artists, musicians, politicians, athletes, actors, journalists, gifted, wealthy, etc. They, through their craft, bring to our lives some sense of hope and perspective. We oftentimes defend their indefensible behaviors as a result.

I was in love with this perpetrator and predator because he opened up a different world of possibilities for a young girl from a traumatized, Communist country. I was trying for too long to protect his artistic talent and excuse his predatory actions.  After listening to Dylan,  I started to understand my silence is why I’m in many ways responsible for the continued sexual abuse.

This very same silence with the case of Allen can be applied to how we as a culture treat rape survivors. We do not listen to survivors’ testimonies. Many times we try to discredit them and marginalize not only their experiences but they as people. We are not open to listening to their stories, which is an essential part of their healing process.

Many survivors are living with their trauma in silence, forced into the shadows to remain invisible. Why?  As a society, as fans, as people, we protect perpetrators by turning them into the victims at the expense of the true victims, rape survivors.  We are still more interested in ensuring our comfort than creating the space for the survivors to heal and receive support as well as justice. Rape survivors can often feel tremendous guilt from encroaching on others’ comfort with details related to their sexual assaults. This is wrong!  More focus needs to be invested in supporting the comfort of the survivors.

Sexual violence is never about sexual urges, it is about power and seizing the power of others. When survivors like Dylan are scrutinized and questioned about how truthful they are being, society is again defending perpetrators.  I am encouraged to see and hear young women like Dylan speaking up to share their experiences.

Reality can be a bit pill to swallow. At times, we need to say goodbye to our childhood idealism when confronted with the real brutalities of the world.  We have a choice, even if is not easy.  I left Poland, my traumatized and abusive country. I left the shadows of silence related to my family’s trauma. I speak up. I am naming my former love and I can say I once was in love with a sexual perpetrator, but am no longer. 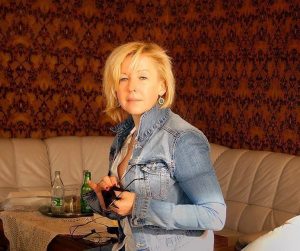