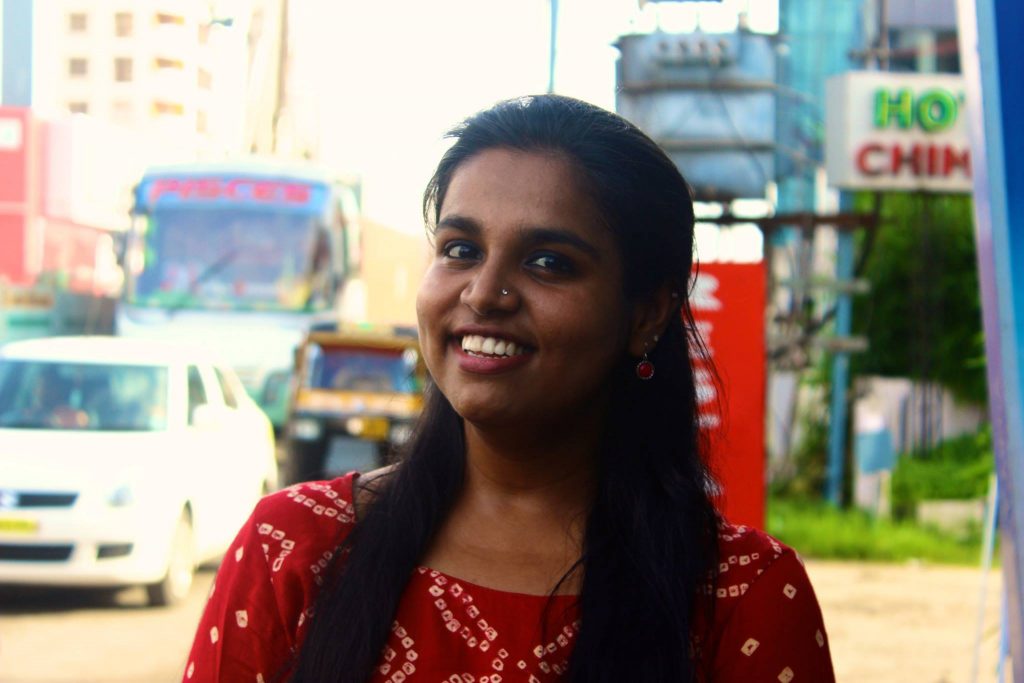 “Once while I was travelling in a bus, there were these two girls who were coming back from, what looked like, sports practice. They were wearing shorts and loose t-shirts. And there were a bunch of women in the bus, who were staring at them and making fun of them. They were saying things like – what kind of dress are these girls wearing, no wonder rapes are happening, this is why guys are looking at girls and went on. Hearing this, the girls were scared and they didn’t say anything. I tried to ignore their conversation for sometime, but after a point I got up and told those women, it is people like you who raise a rapist. These girls are not your children. So you don’t have the right to tell them what to do! It’s their right to be whatever they want. Whatever they wear is their personal choice and you can’t invade into it.”

“So you spoke to them this long?”

“Yeah, because I felt really angry. Then I told them, I know once I get out of this bus, you will be talking about me also. But it doesn’t make a difference to me, because I don’t know you and you don’t know me. If you were my mother or my aunt, I would have sat with you and made you understand. But with you, this is all I can do.”

“So that’s how I left and the children too were pretty happy. It’s high time that people stand up and speak against wrong happening to others, regardless of whether it is happening to a guy or a girl – it doesn’t make a difference. An individual’s choice has to be respected.”

Reproduced from Humans of Kochi.