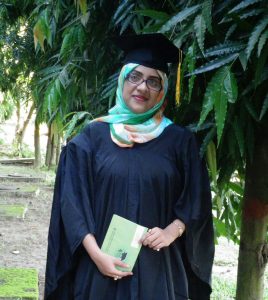 It will not take long to forget what happened on airport road the other day as well as it will not take long to take place another mad race of buses to run over a person or group of people in the same city street. If I were a victim and died on spot on that day, my family would break down upon the news. My dearest one would cry a lot but gradually things would fall into place and everybody would forget. Some people would come on the street to call for justice. Govt would assure by uttering soothing words. But my family would never get justice, just like the way we never had in the past. So many brutalities occur on the city street every day, how many of the culprits are taken under exemplary.

Recent data shows that at least 933 students lost their lives on the road accident and 2,471 people died in 25,00 road accident over the last six months.

Parents are scared to send their children alone as not everyone owns a private transport and buses are the only means to get back to home.  As long as their children are outside they pass restless time whether their children would come home safely or not.

How pathetic is it for the destitute parents who lost their children? Nobody would ever understand their agony. Only they know what took them to get a child to this stage, from where they were supposed to dream of brighter days ahead.

A mother who held her daughter on her grasp from the day when she started her small steps toward school and held the grasp so tight until she had entered into college. As soon as the mother thought her daughter is grown up now and part her gripe then she received her daughter’s bloody dead body lying on the street.

She had sacrificed her dreams, her own career, her kith and kins for the sake of her own child’s future and in reward received her daughter’s dead body at a very tender age.

What will happen to those dreams she dreamt of for her daughter, that costs her own dreams?

No worldly martial would be enough to compensate the loss. In a country where our lives are valueless, how can we even think otherwise?

In this country, nobody has the right to dream except those who are living in the shade of political power and in the surge of wealth.No crimes no matter how grave it is, have ever come under exemplary punishment in this country by which we can at least hope for justice. All the issues are suppressed under political power sooner or later.

Only abrogating the license of a particular transport company is not the solution. After any road crash, the civilian protest and their protest end up with achieving nothing, as they don’t set the rules as to how this public transport should run on the street.

Had those criminal be punished before everyone on street in the same way they had committed the crime, it would have been a little bit satisfactory for all of us. So that no one could ever dare to commit such crime. they kill people and they don’t even realize that killing people is a crime because none of them from previous incidents had come under exemplary punishment. When the issue will be covered by some other mishap on the same city and media’s concentration will be driven toward the new issue, they will prepare their way of escaping with the help of political power. This agitated mob will appease very soon because no mother wants to lose her child’s life on the street, so she will do every afford to let her kids go out.

This criminal should be punished as long as there is the fury of revenge. So that, others can never think of committing such crime.

We have the right to dream of a country where we will never face any mishap tender aged death because of people’s lack of humanity toward others, where one’s enigma will not be the cause of others misfortune, where the value of life will be more important than the fear of the law. This is not a utopian dream that cannot be achieved. To achieve such a dream, we want a generation of young people who uprises time and again on the street against all indisciplines.

Rehana Parvin Laboni lives in Dhaka, Bangladesh. She has completed graduation in English Literature. She loves to read poems, books as well as write poems, short stories, and articles.  Her favorite hobby is reading and spending lovely and priceless times with her family. Her poems have been published in Tuck magazine, Incentives magazine, scarlet leaf review and also in an anthology. Her articles have been published in Tuck magazine and Women Chapter English.