Does being unmarried make women “public property”? Or is it just that girls who decide not to get married in this country are criminals? Although I can understand when people criticize a girl of 37 years old for not getting married as this is a country where we have passed a law in favor of child marriage using absurd excuses. So only law can decide if not getting married is a crime for a girl or not.

I’m talking based on my personal experiences. I’m not comfortable discussing my problem with people. This discomfort has reached its peak now. I never initiated this as a topic to talk about on my own. I still don’t do that. After I suffered from chikungunya there are people who ask me about my health through SMS or Facebook. They want to know if I still have pain in my body. I haven’t recovered completely so I reply as formally as it is possible. So many people are out there who sympathies me and indicates the necessity of a “husband” or “marriage”. They mix up every little problem with marriage. Not only that they make ugly gestures while giving advice.

There are brothers around us who speaks for women rights. They caress our hair whenever we come up with a problem though now I doubt the caress that if there’s any affection or intention. They sympathies us and assure on solving that problem. Sometimes they cross the limit of our gentle behavior and try to give a lecture on sexual needs.

A week ago a senior brother who is a well-reputed journalist whom I respected enough asked me about my health. I told him I was doing okay. Then he opened his basket of advice. After sometimes he said, “you know there are guys who lose control seeing you.” Then he asked if I don’t wish to have “sex” (I’m using just the word he used).

I got confused about what should I answer. My respect started to tremble. After sickness, I feel nauseous frequently. This conversation triggered the problem out of humiliation. Still, I said “is your account hacked? I never imagined you can say something like that.” He got offended then. He requested me not to take this question otherwise.

I did not answer him then. I still feel like vomiting whenever I remind that conversation. Later I realized he has blocked me.  I’m not at all perturbed by his activity because I kept the screenshots.  We are in the same profession so if I meet him in future I wish to tell him that it takes guts to decide to be alone. I’ll tell him it needs certain integrity to have control over physical needs. I’ll tell him straight that I don’t think he has got that integrity or guts.

Three days back I met another senior brother on the bus. He sat beside me as the seat was empty. We were talking casually. We were discussing our community. After some moments he asked me the million dollar question about my marriage; why imp not getting married, is there no pressure about it from my home, how it is so hard to be alone in our society etc.

Lastly, he said, “Do you know when I was looking for a girl for marriage there were few who suggested you. But you are feminist, you protest. So I couldn’t gather the courage to ask you.” All these were alright but then he asked me, “Don’t you have any need?” Needs and supply these are economic terms though it didn’t take me time to get which need he was talking about. Bus dint pull a break still I felt jerking. I became stiff and got off the bus before  I reached my destination. Maybe I should have slapped him hearing this in front of everyone on the bus.  But it’s my failure that I couldn’t do it. But I have the record to fight in public places seeing someone else getting harassed.  But I couldn’t protest that day. I remembered Tagore. He said,“You can applause people for doing things but when the same thing happens to you the sky seems to be breaking on”. I got off the bus and reached office crying.

People who consider them as concerned people in that journalist society there are vilest creatures present too. You can detect those bare eyes. There is a satirical concept of care where people are more concerned about one individual than those individuals own self. This is increasing. It is totally up to me if I’ll get married or not. I’m not doing something that pollutes the society. I’m not crying to get married then why people are so concerned about it? Why is there so much curiosity? Who cannot control themselves whenever they see a girl they should take steps necessarily according to their demand or they should go to doctors. They cannot be healthy human beings. At least I feel it that way.

Note: In South Asian countries, men are often referred to as ‘brother.’ When the writer says ‘brother’, she is referring to male acquaintances who might be colleagues or from the same institute or field, or neighbors and so on.

The original article was published in the Bengali site on August 15, 2017. 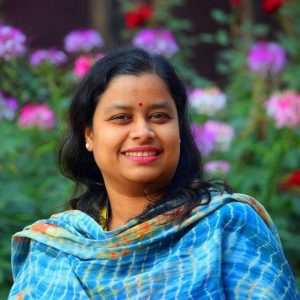 Sebika Debnath is a journalist by profession, based in Dhaka, Bangladesh. 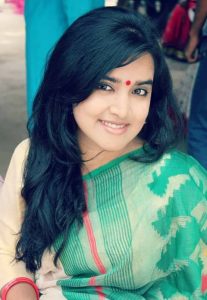