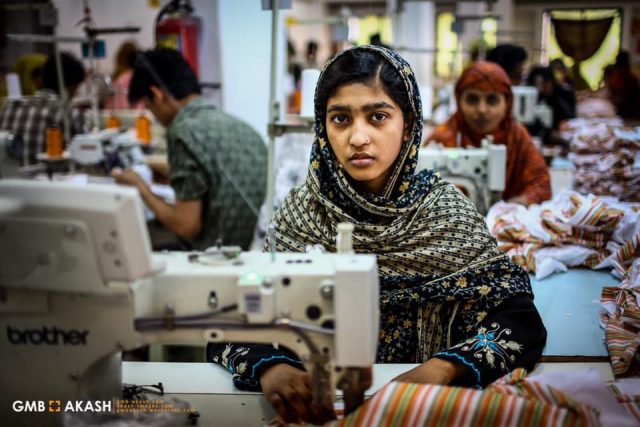 Every day is hard for women who work for feeding their families but last Monday was the hardest day of my life. Nothing was going well from the early morning that day. While I was going to my textile factory it was raining continuously. For a woman, it is very difficult to get into a bus on such days. Somehow I managed like every day but I was almost completely wet. Though I was wearing a pelisse, everyone was looking at me. I was trying to protect myself with the extra sheet that I always keep in my bag for protecting myself in such difficult situations so that I can hide from a lot of cursed eyes. After two hours of protecting myself, I reached my workplace. Then that afternoon suddenly my husband called and informed me that my daughter is burned badly and he is taking her to the hospital. It was not possible to get leave instantly but I requested to my manager and he granted my leave. But when I went outside it was still raining badly.

I tried for more than an hour but could not manage a bus. Then I thought to take a CNG (taxi) and took one. Taking a CNG is very expensive for me, someone who works as a day laborer in a textile factory, who only earns 7000 takas per month. But there was no other option for a mother like me when her child is in an emergency room in a hospital for the burned.

The CNG driver made my day even worse; a day of hell. He was looking through the mirror every single second. He was trying to see me through my wet dress even though I was wearing a veil. The look was so very vulgar. It felt like someone was raping me with his eyes. His face was full of marks of cuts with blades or something. He looked dangerous and I was very worried because I don’t know the road on which he was taking me. All the way I was just waiting for when I could get out from this hell. He was looking at every woman who was walking down the street! I couldn’t do anything and was waiting helplessly to reach my destination. I promised myself that I would never again take a vehicle alone even if I were dying of an emergency.

It was one of the most disgusting experiences of my life but as a woman in Bangladesh, I have to face this kind of situation almost every day, several times everywhere. All the men look at us like we are a piece of meat only and nothing else even in this month of Ramadan! These men maybe forget they also have mothers, sisters, and daughters at their homes too! They forget when their women go out they also face this same problem. Everyday returning from work I cry to my husband that I have to go to work the next day and be subjected to those eyes again.

The original story was published on March 10, 2019, at the Facebook page of GMB Akash.