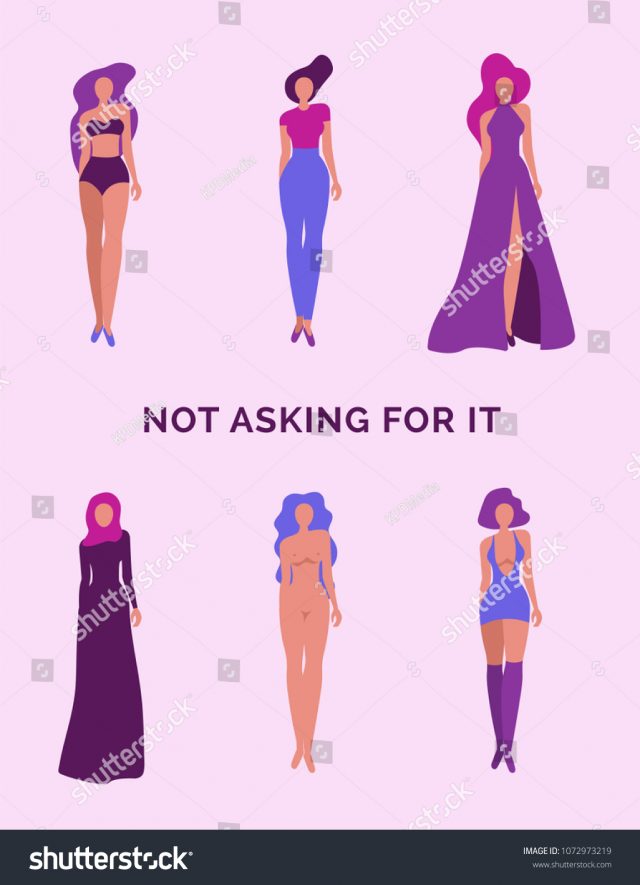 Where a woman goes, what she does in her personal life is her own business. She has had sex with someone else, so she is obliged to do it with any other man who wants her – this type of thinking is unacceptable.  No man has the right to touch a woman with malicious intent.

Who practices which religion, who believes in which philosophy- all these are his or her personal matter. If his behavior does not harm anyone around him, then the society or the state has no right to stop him, to use force.

How a woman dresses it’s her own choice. It’s up to you how you dress. There is no state law on which dress is polite or which is obscene. There are no restrictions on which clothes can be worn and which cannot be worn. Therefore, if you don’t like someone’s clothes, you will attack them and jump on them – you don’t have that right.

This state is as much yours as is of others. Just as you want to travel, want to hang out with friends in groups, want to climb mountains, want to soak your feet in the sea – women also want this. Also, they want to sit on the sidewalk in groups to have tea, smile and hug each other, embrace their loved ones at sunset, and dream with absolute affection.

Clothing is the weapon that is being used to exploit women in this country. I read the comments very well when the news is published in the media that women have been abused or subjected to violence. I see that most readers take a stand against women who have been abused. Their argument is that the woman must have worn obscene clothing. What is the definition of obscene dress? What is the definition of obscenity? What has the state decided in this regard?

Clothing is blamed when someone is raped. When someone is a victim of eve-teasing, it is the fault of the dress. When a half-naked and half-dead body of a woman is recovered on the side of the road, the blame falls on the woman’s clothes. No one blames the teacher scoundrel for protesting the offensive touch of the university teacher. Society blames the student’s dress.

If you open your mouth about the sexual harassment of an office colleague, the blame falls on the woman’s clothes. When a  woman makes a good blog post online, we don’t see blogs. We see her clothing. Any heroine acts in an acclaimed or a superhit movie, we don’t talk about movies. We talk about the body and clothes of the heroine. How much the people of this country criticize about clothes, half of the criticism is never about the price of goods.

Why women are always victims of violence with clothing? Has the state fixed any specific uniform for women? Me Ali Adnan, I wear shirt pants, Punjabi, T-shirt, Fatwa, Sando Genji. That is, what to wear or not to wear it depends on time, place, and situation. There is no law for this. When I wish, when I feel comfortable in it, I wear it. similarly a woman it is up to the woman to decide what to wear and what not to wear. Depending on the location and time she will decide which cloth is suitable for her.

However, the number of women who were sexually harassed was not so high when women were seen wearing blouses with a large shoulder area or some part of the abdomen due to wearing a sari. When the salwar kameez or three-piece came and the veil was pressed on the head – ever since then our public transport, and our campuses have become unsafe for women. Then a class of people started shouting about wearing hijab. The tendency of women to wear hijab and scarf on their heads started increasing. As the number of hijabs or scarves increased, so did the proportion of violent men in society.

Radical masculinity then began to shout wear the burqa. Women are safe only when they wear the burqa. The way the weeds grew more than the grains, the burqa grew now there are more women wearing the burqa in public transport, in educational institutions, in offices, in any event. According to the survey, the number of women has increased in the last ten years showing nothing without eyes. But the problem did not decrease. Rather the number of sexually aggressive men has multiplied.

Those who carry out sexual aggression, those in whose hands women are victims of sexual violence, and those who support the perpetrators place the blame on women’s clothing. Women are wearing obscene clothes, they are wearing obscene clothes, and such clothes of women are ruining the society – this is their argument. The question is, who will decide which is decent and which is indecent? What is the definition of decent and obscene? The constitution has not given any definition in this regard. So why isn’t the state stopping these people from behaving like wolves from attacking women’s clothing? And even if the state prescribes clothes for women, then women will have a legal battle with the state. There is no chance for anyone to take that responsibility into their own hands in a brutal way.

Let him go as he pleases. If I am not the cause of someone’s loss, you have no right to comment on my lifestyle or my dress code. Who wore a sari, who wore a salwar kameez, who covered herself from head to toe with a burqa – who cares? Who will shape his life in any color is his own decision. There is no question as to why someone is wearing a hijab or burqa. No one is asking her on the way – why are you walking in this heat wearing socks and socks. Nobody wants to know, you don’t have to suffer about going to the office or traveling after wearing a burqa all day?

Just as no one speaks against the burqa, no one should speak out against T-shirts and jeans or sleeveless shirts. Some people are wearing a burqa or hijab that’s why everyone will wear a burqa – what is the reason for expecting this? Why should everyone cover their face only because some people cover their face? Isn’t it terror if one has to dress according to the opinion of others? Why shouldn’t those call them terrorists who want to force be terrorized? And the state has to take the responsibility of controlling or eradicating terrorism.

Religion is the biggest tool of those who determine the dress for women. Not everyone is a follower of the same religion. Again, not everyone can comply with religious restrictions. The number of people who do not believe in any religion is not less in the state. So those who want to use religion as a tool to determine women’s dress can be nothing but barbarians? And it is the responsibility of all civilized people of the state and society to resist the barbarians.

The Taliban government in Afghanistan has begun to show its old look. Meanwhile, women on television are forcing newsreaders and presenters to cover their faces and come in front of the camera. What the Taliban is doing is using muscle power after taking power.

Bangladesh will never be Afghanistan – this is what our government has repeatedly said. But the big question now is what is the ideological difference between the ruling Taliban in Afghanistan and those who want to attack when they see women wearing T-shirts and jeans. If the number of those who commit such barbaric acts goes out of control, then Bangladesh will lose its identity. The Taliban ideologues who are behaving violently here must take immediate steps to control them. 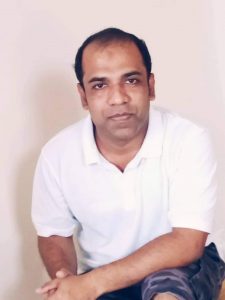 The writer is a freelance writer and journalist. He has been writing regularly on gender discrimination, oppression of minorities, and human rights issues in various papers and blogs for a long time