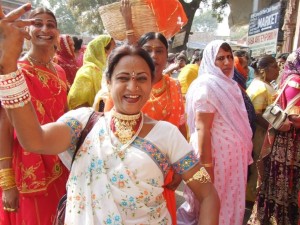 Pamelia Khaled: In India Supreme Court recognizes transgenders as ‘third gender’ this brought hope among the transgenders community, this is a landmark ruling certainly. Apr 15, 2014, Down to Earth released the above news that ‘transgender people will no longer have to compulsorily term themselves as male or female for getting government benefit’. It is time for Bangladesh thinking transgenders right and prepare a clear policy.

Equity in the social system is both constitutive and indicative of social quality, and it is therefore essential to acknowledging diverse practical needs and to considering the different use of social space across gender, ethnic and class lines when evaluating the social system. It is also important to identify how the concepts of quality and equity may have perpetuated or reinforced gender inequality.

Since the concept of gender requires a clear understanding as a cross-cutting issue.

The socio-cultural variables such as race, class, age, ethnic group, are established in different socio-cultural contexts. Individual’s location, culture, religion and ideology determine what is expected, allowed and valued in a woman/man and girl/boy/transgenders. Gender roles are learned through socialization processes; they are not fixed but are changeable. Gender systems are institutionalized through education systems, political and economic systems, legislation, and culture and traditions.

In 1070s Women In Development paradigm (WID) focused exclusively on women’s productive side, but helped make women visible in the area of development theory and practice On the other hand , Gender And Development (GAD) paradigm principles envision a society where everyone is considered equal, irrespective of class, caste or sex, and where the division of labour is not made on the basis of sex but on the basis of capability.

In 21st century the focus on all genders rather than women or men reflects concerns regarding the manner in which the problems of third genders/transgender were perceived in terms of their sex specifically their biological differences from men and women, to a certain extent, than in terms of their gender. This way, the social relationship between men, women and transgenders, in which women as well as transgenders have been systematically subordinated.

Besides women and men, there are other genders such as the third gender, transgenders. In addition, transgenders people are identified as straight, gay, lesbian, or bisexual (Gender Spectrum  2012). UNESCO (2001) notes that “in utilizing a gender approach the focus is not on individual women and men but on the system which determines gender roles / responsibilities, access to and control over resources, and decision-making potentials”.

I concur with the above note partially; however, acknowledgement of gender spectrum as women, men or trangenders is not enough to establish the concepts of quality and equity. Empowering each gender requires institutional efforts such as ‘create awareness’, ‘access in resources’ and ‘establish their safety and security’ in the society. Gender relations are seen as the key determinant of men’s women’s and transgenders’ status in the society, not as unchallengeable expressions of the natural phenomenon, but as socially constructed rules and guidelines of manner, behavior and conduct, the social constructions of gender. This norm can be changed if a society and its representative make an attempt for a change.

Therefore, I consider the need for a critical reconceptualization of the above categories not only from a gender perspective, a people centered perspective.

According to FAO (2014) ‘gender relations are the ways in which a society defines rights, responsibilities and the identities of men and women in relation to one another.’ However, I consider the concept of gender is not equivalent to that of women, as gender refers to both women and men, as well as other genders and the relations between them, called gender relations. To support and promote gender equality, policy planners must be concerned with and engage men as well as women and other genders.

As it is acknowledged that gender and ‘gender relations’ are socially constructed, it is more useful to consider social differentiation in any social settings than solely focusing on gender differences. Taking into consideration that equity is the part of quality, it is central to acknowledging the practical needs and social space for all genders and their equal access that could transform equity into quality establishing social justice in education.

Equity issues are of growing interest in social justice over the recent years among the researchers and policy makers, especially in the areas of sustainable educational development, health, safety, and access. However, a few studies have been conducted on the issue of gender equality such as transgenders issues in Bangladesh. While we debate that equity is a part of quality, in order to make the arguments stronger, perhaps we need to elaborate more on that argument from a feminist’s point of view. Political feminists need to be more critical of how the concepts of quality and equity may have perpetuated or reinforced gender inequality. Then other genders must receive proper education and access to have a voice at the design or policy levels, so they could propose a critical re-conceptualisation of these categories from a gender perspective.
It is necessary to identify how the concepts of quality and equity may have perpetuated, or reinforced gender inequality. Therefore, the question of a need for critical re-conceptualisation of these categories from a gender perspective arises. Perhaps the conventional benchmarks for quality and equity do not consider entrenched gender inequalities, or perhaps a focus on one to the exclusion of the other has typically been a problem. Specifically speaking, we ought to understand how these notions have worked to exclude groups such as women and trangenders at the first place.
However, only focusing on access of women or men can undermine the importance of the notion of ‘quality of society’ and ‘relevance of understanding gender equality’. To secure equity and ensure quality, there is a need for ‘equilibrium’ between quality, access, and relevance of ‘inclusion of all genders’. Otherwise, the social settings are based on the traditional social norms that will continue to produce and reproduce ‘gender roles’.
The writer is Doctoral student in Curriculum Studies and Teacher Development
Ontario Institute for Studies in Education (OISE)
Research Assistant, University of Toronto