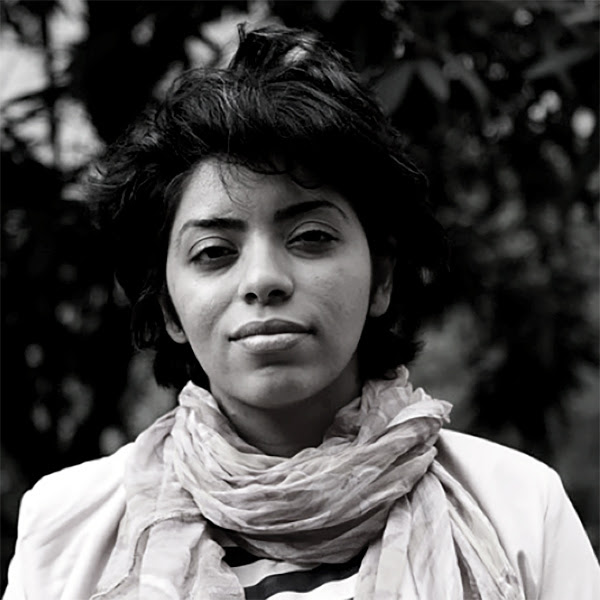 “This authoritarian regime is empowering patriarchy in the society. It is a vicious circle for women with institutional discrimination and social, religious and cultural restrictions for Saudi women.”

Omaima Al Najjar is a Saudi blogger, activist, nurse and physician. She was born and raised in Saudi Arabia. In 2011, Omaima moved to China, obtained refugee status and studied Medicine and Surgery in Jilin University. She is currently getting her postgraduate diploma in Surgery from The Royal College of Surgeons in Ireland.

Can you speak to your work as a woman human rights defender?

I started as a blogger in 2008. I was inspired by a Saudi woman who was my English teacher but also had a popular blog. She encouraged me to write, so I thought: “Why not start my own blog?”. Back then, many activists had blogs: it was the most popular way for activists to express themselves. At the time, blogs weren’t being surveilled by the Saudi government as it is doing now with Twitter. I used to blog about women’s rights and religious extremism. Now, I am working for ALQST for Human Rights, a non-governmental organization as the head of monitoring and documentation. We document the conditions inside Saudi prisons and we maintain a database of upcoming trials. We also advocate and campaign for the release of prisoners. I am also getting my post-graduate degree in surgery from the Royal College of Surgeons in Ireland.

There is an [increasing problem] of patriarchy not only at the institutional level, but also on the social level. For example, now that women can drive, there have been many instances where men randomly try to spot women driving. They then go back at night to burn the cars that were driven by the women. After the driving ban was lifted, we also saw a rise of violence against women. There are more and more women seeking asylum to escape domestic violence. This authoritarian regime is empowering patriarchy in the society. The driving ban has been lifted, but this is just the bread crumbs for women’s rights and does not mean progress. In Saudi Arabia, there is still the male guardianship system. Women must still obey their husbands and fathers. Men still have control over the women. Yes, women can travel and drive a car. But if she drives a car against her husband’s wishes and the husband decides to beat up the woman, the law will not protect the woman. It is a vicious circle for women.Things have not changed much. What is happening is mainly a public relations exercise by the Saudi government.

Can you talk about the tools the government is using against women activists?

The regime means to silence women. Twitter was once the only way to freely express yourself. All the media – newspapers, TV stations, magazines, even the books published in Saudi Arabia – are controlled by the state.  We only had Twitter.

But now, women activists have to use fake Twitter accounts to show support for other women. Showing support for women the Saudi government considers to be enemies of the state is a crime punishable by law. Recently, when a well-known activist was released from prison, women performed the simple act of posting her picture on Twitter. But they had to do so using fake accounts. That act of support is illegal. Women have to be careful.

The Saudis have hired a team use Twitter to flush hashtags out of public demand. This means that the popular hashtags — for example, the unemployment hashtags used as part of the unemployment campaign — are outnumbered by the government trolls working on social media. When the trolls arrived in 2017, they took away the only real platform the Saudi people and women activists had.

What strategies for resistance are being employed by women human rights defenders?

The only strategy that has been successful and has had a positive impact is international solidarity. The Saudis released some women prisoners because of media coverage and European Union pressure. This pressure needs to continue.  With international pressure, the Saudis will have no choice but to release women prisoners in order to preserve their ties – economic ties – with western societies. We need to spotlight the cases of women prisoners. There are cases that are long-forgotten; women that have been in prison for 8 or 10 years. They have been tortured; they have been denied medical interventions. If we aren’t supported by the international community, we can’t get through to the Saudi authorities.

How is the COVID-19 pandemic impacting both the work of women activists?

First, the prisons in Saudi Arabia are overcrowded with people sleeping in corridors and sharing mattresses. The prisons are unhygienic. If a prisoner is in contact with staff or visitors with the virus and it spreads, we will witness a humanitarian crisis inside the prisons. We are calling for the release of political activists and human rights activists. They need to be released to lessen overcrowded conditions in Saudi jails.

Second, COVID-19 is impacting the work of women activists. International meetings where women could advocate for human rights have all been cancelled. Meetings at the United Nations, in Geneva, at the European Parliament, for example, have been cancelled. We don’t have a presence anymore. We can’t meet and advocate for women’s rights. Since international pressure is critical to securing human rights, the Saudi government will take advantage of this situation to further violate rights in Saudi Arabia because the world is busy with COVID-19.