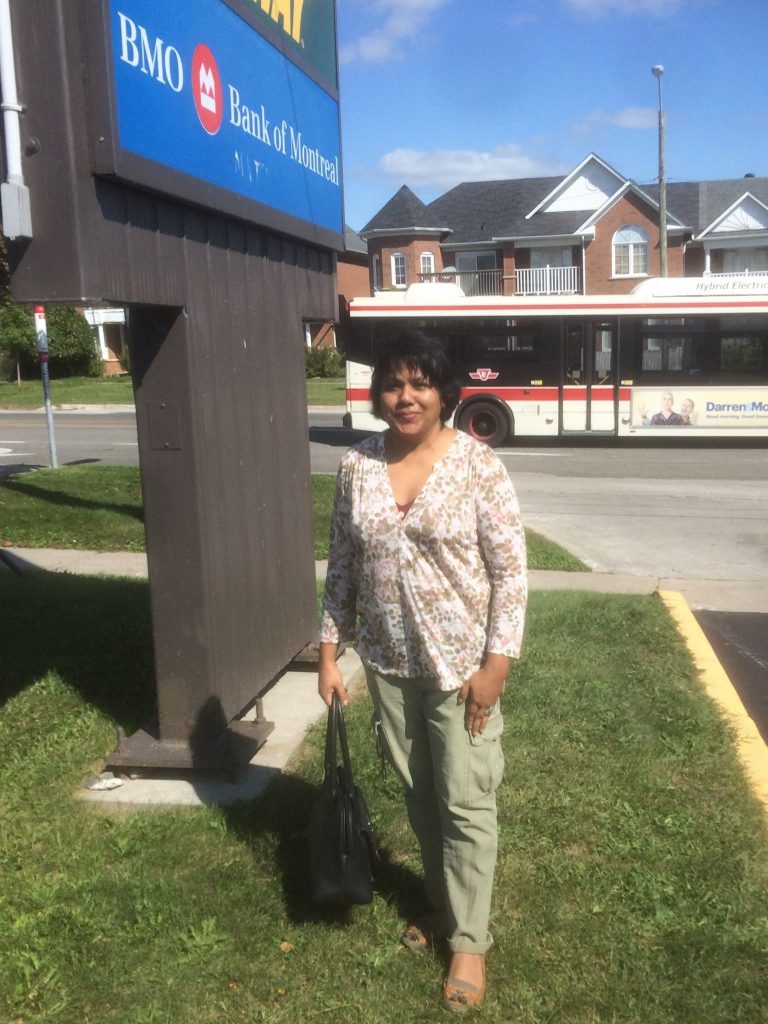 Since 1980s identifications of variations in sexual identity created milestones among gay men, bisexuals, and lesbians.  Students who identify as the part of different genders; for example, lesbian, gay, bisexual, transgender, or queer (LGBTQ), they are at greater risk in personal and academic in both areas than heterosexual students. It is easy to deal with soft and hard ideologies such as these humanitarian issues: special child, girl’s early marriage, abortion, genital mutilation, suicide bombers, nuclear weapons and violence, and terrorism but it is complex to deal with radical philosophies like LGBTQ issue and teenage students who are in crisis. When a teenager discloses about her/his different sexual orientation how it should be handled by the parents, peers, and teachers at home and at school through democratic curriculum it is not clear even in Western secondary education system yet. There is a dire need of a radical pedagogy, a progressive education to support and care for LGBTQ students through teacher education. 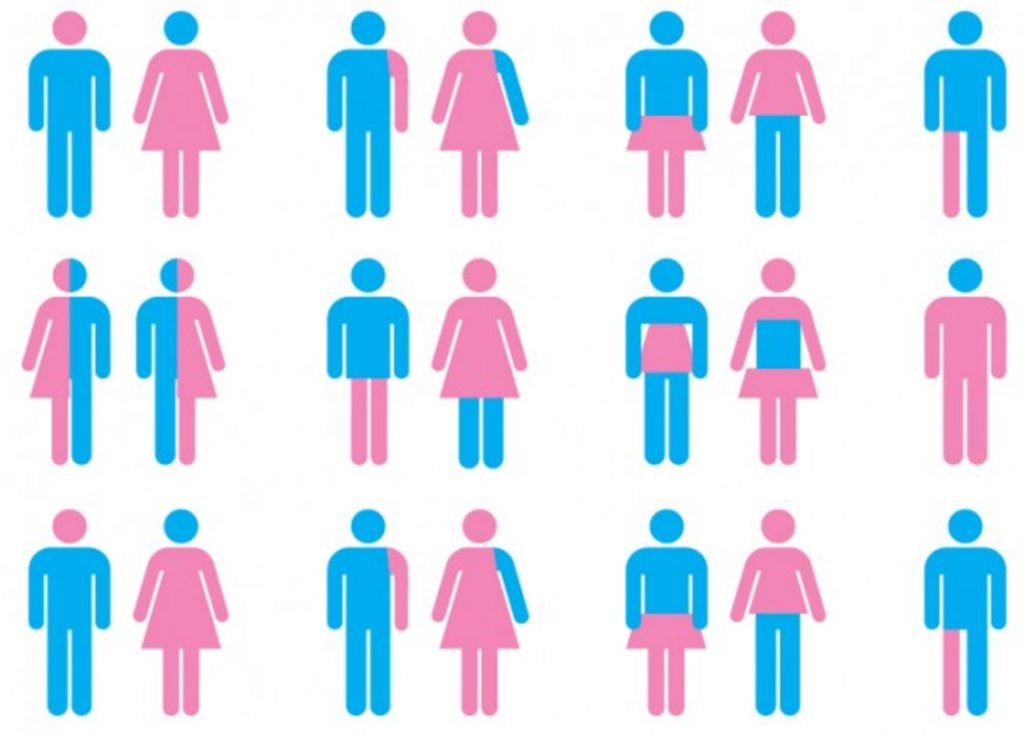 I discuss LGBTQ sexual orientation status in the society, this orientation in any religious doctrine has been seen as a forbidden form of sexual conduct. It creates social stigmas and dilemmas in the families and their surroundings. Although a number of biological factors have been considered for this sort of change by scientists, such as prenatal hormones, gene, chromosomes, cognition, brain structure, environment but no scientific explanations as to how biological factors influences sexual orientation.

When it comes to a child in a religious family, parents largely feel betrayal and do not want to seek more information and go into the deeper discussion for a better understanding, or taking initiative studying scientific ideas. The parents and society easily fall for religious barriers and assume the child and their family is cursed.

Here I narrate a Gay teenager’s voice to learn his viewpoint about the sexual identity and its development process. His narrative is enough to experience how they go through for parents’ lack of empathy and denial. The boy wrote a letter to his parents: “the issue stands – if you are not comfortable with me and who I am and are too ashamed of it, I don’t want to be the reason for your dissatisfaction or discomfort in your circles as you put it.  You cannot have parts of me and ignore or pretend that other parts-which are immensely significant- don’t exist. I don’t deserve that sort of treatment.

And I still don’t accept your horrible suggestion that I should rather be without a partner and lonely than be happy and with someone. I don’t live in the medieval times, nor am I some heir to a prominent political family in a country where such bizarre sacrifices are necessary. Until this is properly addressed, I can’t pretend that everything is okay between you and me. You need to re-assess this fully and thoroughly. Take time, but you need to do it instead of shoving things you’re uncomfortable with under the rug. Don’t talk to me until you’ve thought this through with more introspection.

The fact that you are literally saying that you don’t want to tell your friends and family about me, is implicitly saying that you have a problem with me being gay. You would have no issue about it if it was a girl. This is so disgusting how you try to get away by saying you don’t have a problem with me but then immediately follow it up about how your friends can’t accept me and so I should essentially change.

Ask yourself how you would feel if I told you to become ascetic and give up the person you love. No real parents could wish that for their child and I am still so shocked you did. And to make matters worse, instead of apologizing you’re suggesting some options.

I also have no regrets. I will live as I am and you know what, whether things go wrong right or left with my boyfriend, I am really glad this happened because this has shown your true colours. You would never have supported me. I understand that today. No more need to pretend. Well, you know what? I don’t want to be in your family or with your friends.

The Gay teenager wrote to his mother, “You are not a liberal at all. Despite having a Master’s in Gender Studies you cling to very conservative ideas, show little true empathy about the struggles of LGBTQ people, and are more afraid of what other people will think instead of genuinely and openly supporting me. Most other mothers I know, don’t stop talking to their children – in fact, they support them. But I knew how difficult it was for me to accept myself, because I was always taught it was wrong, so I gave you some time to adjust and set impossible standards on myself to try to get you to accept me. I am no longer going to depreciate myself for your unfair and unjust contempt toward me. I am sorry for holding you to a high standard, as I thought you were educated enough about LGBTQ.

You are happy to be there for all the awards, accomplishments and prestige but are ready to throw me under the bus at a moment’s notice when things are difficult for me.

You are not at all an ally at all — it is people like you who spread stigma and make life difficult for LGBTQ people. It is people like you who continue to make life so difficult for gay people that they feel like they have to turn to drug use, suicide or unsafe sex practices. Luckily I am strong that despite all your discrimination, hate and unsupportive attitude, I can continue to defy all the horrible things you throw at me and continue to lead a happy life.

Learn how to be rational and stop being so vainglorious. You don’t actually want me to be happy – you want my life to be more difficult. I have seen this again and again and again. Even if I became governor general or the bloody president of the world or freaking cure cancer nothing would actually ever be good enough for you. You are ALWAYS pushing your own agenda as to how you think my life should be instead of letting me explore my own interests. If you were actually interested you would be happy for me, tell me that you’d understand how difficult it has been for my whole life, that how difficult it has been to suppress my identity and being and how difficult being lonely it has been.

I’ve given you a long time to adjust but instead of broadening your mind and becoming more supportive, somehow you continue to sink down the hole and become narrower minded. You’ve tried my patience. No more.

Don’t worry you will not hear from me any longer. The way I have been treated by you – I will not forget this. I never expected such a level of insanity or hate from you. Don’t message me with anymore of your hateful comments. I have a lot of difficult things to deal with right now and I do not have this much time to deal with all this hate. Until you’re ready to say something genuine and kind, please don’t message me”.

This painful narratives above allow us to rethink how Critical Pedagogy and the pedagogues examine the quandary of the LGBTQ students and their perceptions. How theorists and researchers examine these spectrums such as lesbian, gay, bisexual, and transgender (LGBTQ). Do they critically examine the social media texts, curriculum and education system and take proper action to transform curriculum through the proper implementation of queer pedagogy. How Critical pedagogy can develop partnerships with popular education teaching parents and adults at school.

There is a lack of literature on this critical issue and there is no initiative on teacher training. I consider the use of critical pedagogy in secondary schools, youth clubs and adult organizations has broad implications for parents, volunteers, teachers and teacher educators.

Conception of critical pedagogy and critical multiculturalism is useful to expand teacher and students’ knowledge, how to facilitate students’, create activism, and encourage students’ reflection on significant interactions with peers and family. These pedagogical practices can play a key role in creating a safe environment in school, where teachers can engage with students and work together for activism creating “a safe space” in teacher development. These educators might engage in critical pedagogy as a means of challenging inequity in the classroom and the society. This way they can and support sexual minority and other minority students.

This article provides insight into the experiences of a gay teenager, who is from a sexual minority community, how he went through during his identity development and its painful process and felt abandoned by the parents. Future research should seek to identify how critical pedagogy and teacher educators can create a safe space by effective curriculum and schooling and what are the differences in their health patterns and outcomes.

The writer is an anthropologist, sociologist and environmentalist. Currently, she is conducting her PhD research in Curriculum Studies and Teacher Development at Ontario Institute for Studies in Education (OISE), University of Toronto. Email: [email protected]