Somayyeh Shahbazi Jahrouii, 33, was hanged in Sepidar Prison of Ahvaz, capital of Khuzestan Province on December 4, 2019. She had been imprisoned for six years. According to her relatives, she had committed murder in self-defense against rape. Somayyeh is the 98th woman to be hanged and executed during Rouhani’s tenure as president of the clerical regime. 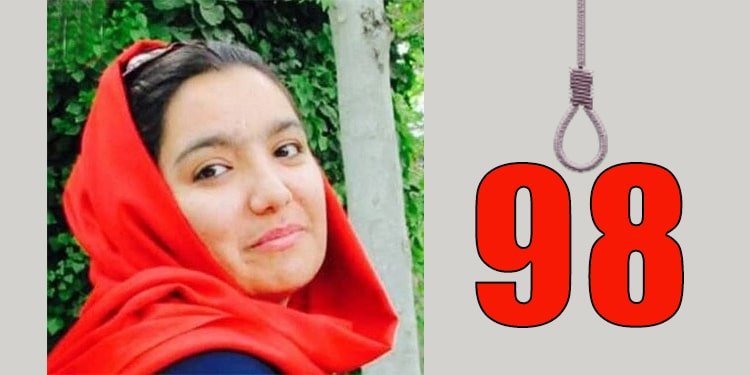 The Iranian regime is the world’s top executioner of women. Since the beginning of 2019, it has executed at least 11 women which is an escalation in the number of executions of women compared to the 9 women executed during the entire year 2016, ten women in 2017, and 6 women in 2018.

As a consequence of the clerical regime’s failure to categorize deliberate murders according to their degrees, anyone committing murder is sentenced to death, regardless of their motives. Many of the women convicted of murder in Iran are themselves victims of violence against women and have committed murder in self-defense.

In days when the world is endeavoring to raise awareness about violence against women and eliminate this ominous phenomenon, the clerical regime in Iran executes a woman who was victim of violence. At the same time, it is shooting down protesters or killing them under torture, including a considerable number of women.

The Iranian regime is the world’s top record holder of per capita executions. The clerical regime deploys the death penalty as a tool for maintaining its grab on power and for silencing a disgruntled populace the majority of whom live under the poverty line.

At least 4,000 persons have been executed during Rouhani’s terms in office. The actual number of executions are much higher because the majority of executions in Iran are carried out secretly, away from the public eye where only the masterminds and perpetrators are witness to them. The Iranian Resistance calls for end to the practice of the death penalty in Iran.