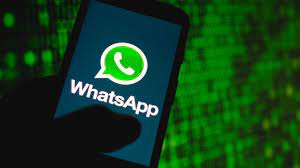 A Pakistani court sentenced a woman to death on Wednesday after finding her guilty of blasphemy for insulting Islam’s Prophet Muhammad in text messages she sent to a friend.

The woman, Aneeqa Atteeq, was arrested in May 2020 after the man alerted police that she sent him caricatures of the Prophet — considered sacrilegious — via WhatsApp.Under Pakistan’s blasphemy laws, anyone found guilty of insulting religion or religious figures can be sentenced to death. While authorities have yet to carry out a death sentence for blasphemy, just the accusation can cause riots.

Atteeq, a practicing Muslim, denied the charges, telling the court that her accuser had deliberately drawn her into a religious discussion so he could collect evidence in “revenge” after she refused to be friendly with him.

Domestic and international human rights groups say blasphemy allegations have often been used to intimidate religious minorities and to settle personal scores. In December, a Muslim mob descended on a sports equipment factory in Pakistan’s Sialkot district, killing a Sri Lankan man and burning his body publicly over allegations of blasphemy.

Pakistan has recently asked Facebook and Twitter to help identify its citizens suspected of blasphemy so it can prosecute them or pursue their extradition.

While minorities such as Christians and Hindus have largely been targeted by the laws, Pakistani Muslims have also found themselves facing blasphemy charges. The cases often take place quickly, in a closed court, away from public scrutiny.

Evidence in many of the cases has been thrown into doubt. Pastor Zafar Bhatti, Pakistan’s longest-serving blasphemy prisoner, who was been accused of sending blasphemous text messages abusing the prophet Muhammad’s mother, has alleged the texts were sent by a number that did not belong to him. Bhatti was recently sentenced to death for the charges.