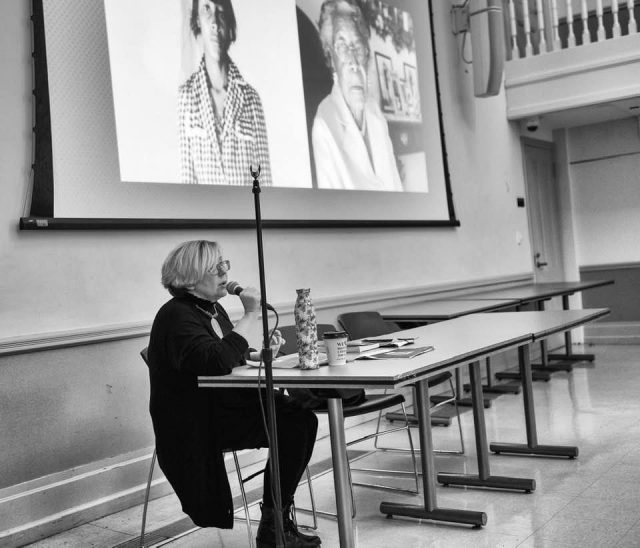 Ongoing climate crisis, genocide activity in Myanmar, Ukraine, Ethiopia, Sudan, Congo, rape during the war, refugee’s crisis, and more, we are facing now to serious growing social, political, and psychological problems and looking for the answer how to try to resolve all these expending traumatic events. We hear some statements, diagnoses, and recommendations from many human rights activists, Greta Thunberg, a teenage Swedish activist talking about the climate crisis, or Dr. Mukwege Congolese’s gynecologist working for and with war rape survivors both of them recommended social empathy as the proper human direction. Empathy, a secret human tool, is used sometimes on a regular daily basis, sometimes as a particular social weapon.

As a psychoanalyst, I need to be empathic; that’s one of the basic skills and tools to navigate people’s problems but mostly to understand humans’ complicated nature. Actually, I never paid enough attention to understanding what empathy really is, how it is built, how it increases or decreases, or how to develop this particular tool. A few years ago, I interviewed Rohingya women who survived rape and other torture during the genocide and exterminations in 2017. Their stories are unspeakable. I was listing one of them when she was describing the context of her rape, and she was sharing details about her a few-month-old baby thrown into the fire. I lost my words listing to her. I couldn’t see her face, I was crying, and I was repeating some sentences/ their hearts are like a stone, where is their empathy, and I am so sorry. This young woman, who already went through many freighting and life-changing experiences, looked at my face and said

-empathy? Empathy does not exist; that’s only a word. I was born a Rohingya woman; from the beginning, my life was determined by my ethnicity; it was apparent that my education was ending after two primary classes, it was evident that my family needed to support each other’s because we didn’t have any rights, it was apparent that we need to follow strict rules because in another way they will send us to the extermination’s camps. I knew it from the beginning that many of my family members were killed because we are Rohingya. I knew that legally I couldn’t get married. I knew that my husband couldn’t get official work. I knew this all. We were trying our best to fit into the Myanmar regime rules, but it wasn’t enough.

They came; first, they raped me, my husband was witnessing. Then they killed him, they killed my mother, my two sisters, my four years old son, and they burned my few-month-old baby.

Empathy is an empty word that white people know, but I am not familiar with empathy. Now I am trying to survive with my other family member in this refugee’s camp.

I was speechless after her articulation.

I did not say anything else. I was having a lot of mixed thoughts and feelings, a lot of confusion and guilt. I felt that she was right; however, I did not know yet why she was right.

Currently, on the Polish/Belarus border, many people are trying to get refugee status in Poland as a first step in the European Union. People stayed in the forest between two countries /Belarus, with Lukashenko dictator and Poland with chaotic, unpredictable, misogynist government. Since when this growing exodus started, discussion about refugees began. Reading and listening to the journalists, I constantly think about empathy towards people escaping from their homelands.

Again, I am asking myself what we are talking about when we are referring to empathy.

Empathy is the capacity to understand or feel what another person is experiencing from within their frame of reference, that is, the ability to place oneself in another’s position. Definitions of empathy encompass a broad range of emotional states. -Wikipedia.

That’s so obvious that empathy is crucial because it helps us understand how others are feeling to respond appropriately to the situation. It is typically associated with social behavior, and there is a lot of research that greater empathy leads to more helping behavior. However, how to build empathy when you live your life with basic safety deprivation, if that’s even possible?

In short, my empathy for others plummeted as my anxiety mounted helps explain this phenomenon by linking anxiety to decreasing empathy. In doing so, it provides yet another reason why cultivating empathy is so crucial.

Why is this happening?

People;e are more self-centered after being induced to feel uncertain, so anxiety is both associated with uncertainty. While anger makes us confident in our righteous indignation, anxiety and surprise make us unsure of what’s going on and what will happen next. And when we feel uncertain, we tend to fall back on what we know to be true—namely, our own perspectives and feelings. If this state of mind and emotions are constants /when you are a refugee in the border limbo, or Rohingya who is living in the social deny, you are focused on the survivor mood. When you are lucky enough, and you don’t need to be a refugee, only you are exposed to the new situation such as new people from the other countries in your homeland border, who are different than you because of their color, religion, ethnicity, language, mainly your anxiety increases because that’s unknown. However, the significant difference is between being a refugee in limbo and facing a new situation from the couch perspective with access to the hot water and cozy home.

Empathy is closely tied to compassion and concern for others; the increased emotional awareness and social sensitivity in empathy may consequently be associated with anxiety, particularly when empathizing with individuals in distressing situations. Conversely, increased anxiety may translate into increased worry and concern for others or respect for how one’s actions might affect others, which may be linked to increased empathy. Gaining insight from clinical anxiety, individuals with social anxiety disorder tend to be hyper-self-aware and highly attentive to social signals due to their intense fear of being negatively evaluated by peers.

– behaviorally, and higher empathy would be related to higher trait anxiety

What does it mean in the real world

-depends on the language, our ability of the empathy will increase or decrease

-practical empathy is built on a positive message,

-building empathy based on prejudices is ineffective in the long term/ they are wrong we are good/short term empathy available/long term impossible.

Empathy can be a practice, a practice of the understanding of people’s differences on many levels. When we can understand ourselves and others, we are less judgemental and less combative. Albert Einstein said, “Peace cannot be kept by force; it can only be achieved by understanding.”

Would you please practice empathy regularly to make your and other people’s lives more complacent?

Wiola Rebecka is a psychoanalyst at the International Psychoanalytical Association Women’s Institute Therapy Centre NYC. She is also the author of the book “Rape: a history of shame. diary of the survivors”.