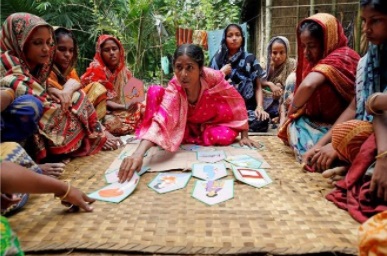 Poverty Reduction Strategy Papers (PRSPs) endorsed by IMF and World Bank is regarded as a comprehensive tool for the overall socio-economic development of the population, particularly of women, who constitute more than 50% of the total population in the developing countries. However, it remains a concerning debate that to which extent the empowerment strategies undertaken through PRSPs actually improve the quality of women’s lives in less developed countries. Though PRSPs consider expansion of women’s economic space as an area of development and progress towards empowerment, massive skepticism exists as to how much change in women’s access to income is sufficient to achieve empowerment goals; particularly in terms of the social relationships embodied in this change and how much they promote new forms of agency for women and increase their strategic potential. For example, Bangladesh’s first PRSP titled ‘’Unlocking the Potential National Strategy for Accelerated Poverty Reduction’ called for micro-credits up-scaling as one of the most visible anti-poverty instruments. The country’s total coverage of microfinance programs has reached approximately 13 million households with rural women being the greater number of borrowers (Ahmed, 2009). However, there is no guarantee that increased income resulting from participation in micro-credit programs always empowers women because these women – in most cases – have no control over the income. Over the years, too much attention has been rendered to the issue of ‘women and micro-credit vis-à-vis their enhanced (individual) agency resulting from ‘social capital’. Now the question remains, how the process of engendering leadership qualities in a given woman to enhance her agency can translate into the enhancement of agency in other women (followers) in her community and beyond.

Bangladesh’s Interim Poverty Reduction Strategy Paper (I-PRSP), titled ‘A National Strategy for Economic Growth, Poverty Reduction and Social Development’ had some major gaps including an insufficient focus on gender issues. After intense gender analysis in 2003 on the I-PRSP, Gender Action was collaborated with citizen groups to ensure that Bangladesh’s PRSP is an ‘engendered’ one. The first PRSP extensively addressed the need for women’s increased representation and participation in institutional structures of all levels. Yet the lack of women’s voices in formal politics raises suspicion regarding the country’s commitment to devote resources to policies and programs aiming at women’s empowerment. Reserving one-third of seats for women in local bodies and the national parliament was marked as a step up in terms of encouraging women to participate in political processes. However, the policy guidelines of the first PRSP consisted some major gaps to be effective towards ensuring women’s advancement’.

In the first PRSP, there was a necessity of chalking down specific plans for promoting women’s leadership directly into future versions of the country’s PRSP, including Steps Toward Change: National Strategy for Accelerated Poverty Reduction-II, Bangladesh’s PRSP covering the period FY09–FY11. There was also a demand for the inclusion of initiatives designed to build women’s leadership as a means toward ensuring greater involvement of them in village and community level political activities. The first PRSP had no specific measure to dismantle patriarchal attitudes which limit women’s participation in many social and political spaces. Hence, women’s leadership development-oriented programs should be undertaken, both by the Government and by NGOs.

The second PRSP sets down more specific plans for promoting women’s leadership. In the context of ensuring women’s political empowerment and participation in formal politics; including ensuring women’s participation in national and local politics, influencing political decisions in favor of women, ensuring direct election in reserve seats of National Parliament, and women’s representation in local bodies with authority and responsibility. Initiatives further included making women politically more conscious, encouraging women to participate in politics, and building leadership among women at all levels. However, strategies to challenge patriarchal attitudes which limit women’s political participation and specific initiatives for women’s leadership building were missing in the second PRSP too.

‘Power with’, ‘Power within’ and ‘Power to’ in the Context of Leadership Building:

As mentioned in Bangladesh PRSPs, micro-credit and gender quotas are two of the major ways to empower women. Relevant case studies however reflect on the arguments put forward by post-modern feminist theorists that opportunities are not equally distributed between all peoples, but rather are multiply stratified in accordance with the multiple identities emergent from one’s membership in myriad and fluid social groups. This plurality of identities appears, paradoxically, at once both a blessing and a curse. Efforts to empower women at the level of individual may be futile or, in some cases, even costly in the face of a reality that the disempowered position of poor women (their shared terms of recognition) is, at least in part, determined by collective cultural experience. As women’s disempowerment is collectively enforced, collective action is assumedly vital. This in turn requires that a given group realize a shared identity against the power of a dominating force.

There are only a few NGOs in Bangladesh who incorporate the notion of power with to their efforts to address inequality and improve the lives of women as well as whose empowerment strategies greatly emphasize the non-economic dimensions of poverty; eschewing forms of service provision in favor of activities that work to mobilize the poor and marginalized to claim their entitlements and demand their rights as Bangladeshi citizens. Nagorik Uddyog (The Citizen’s Initiative) and (ii) Nijera Kori (We do it ourselves) are two local NGOs who have become increasingly recognized as making respectable inroads with regards to building grass-root women’s leadership vis-à-vis improving the whole rural development scenario in Bangladesh. 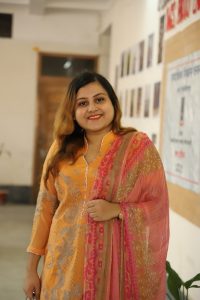 Tasnim Nowshin Fariha is a BSS Student at the Department of Women and Gender Studies University of Dhaka. She is extremely active in research, writing, and knowledge production. Her areas of research interest encompass feminism & transnational labor migration; globalization, sexuality and gender; intersectionality & development; and gender & disaster. Her dream is to eradicate all kinds of inequalities from society.