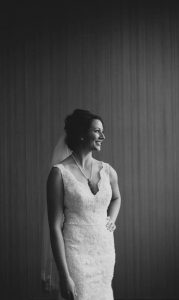 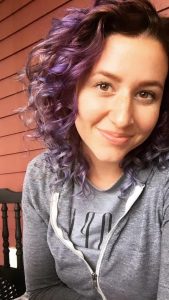 My name is Hannah Hollander and today is my birthday. I am 24 years old and am in the process of taking my name back. Rather than hiding in shame and embarrassment, (which, trust me, I really want to do most days) today I’m muffing up the courage to tell you part of my story, but it’s really the story of countless women across the world. I recommend you take the time to read, because 1 in every 3 women have similar stories. It might be the story of your aunt, or your grandma, or the girl you sit next to in class, or the girl at the register when you buy your food. I recommend you read, because chances are we all have a part to play in someone’s life who’s story is similar to mine. Let’s do our part and help make this world a safer place.

“Why didn’t you call the police?”

“Ideally you would have reported the abuse after it happened.” “Normally victims are scared of their abusers.” “I don’t believe there are any grounds for divorce.” “I would have fought back.” “You got married really young. Did you see the signs before you were married?” “Did you think about calling the police? Well, why didn’t you?”

I’ve heard a lot of responses over the last couple months. Most of which are positive, loving, and validating. But these are the responses that circle in my head, the ones my brain chooses to fixate on.

This first photo used to be one of my favorite from our wedding. I had worked out my arms for months because I was self conscious of them and I remember a friend telling me “Hannah, your arms look so good!”

Many people judged me for getting married young. I had a close mentor tell me that I had no clue what I was getting into. I had a friend who basically had an intervention with me. I had an aunt who told me “You know, you don’t have to do this,” right after we were engaged. At the time I remember scoffing, thinking, “All it takes is commitment.”

Days after this first photo was taken I would hear the words “I want a divorce.” for the first time, on our honeymoon. I would hear it countless times after that, but I was committed. This was the guy who treated me, told me how amazing I was, told me about the extravagant life he wanted to build together. It was the guy my parents and family fell in love with. It was the guy who said he wanted to provide for me, who wrote me long letters and sent flowers.

And after every curse, every name-call, every shove, I believed it would just get better. This wasn’t who he was, I believed. “Marriage is really hard,” I was told, “you just have to stick it through, it gets better.” And I was committed.

I was so committed I kept everything a secret, not wanting to taint his character. I suggested we get tattoo rings so he could no longer take it off and throw it when he was angry. I always chose to drive, just in case we got in an argument in the car. I went to counseling so that I could figure out how to contain his anger by using “I” statements and apologizing first. I painted the walls and doors he punched. I cleaned up the shards of the mirror he broke. I stopped asking him to do things. I stopped interrupting him. I let him tell the stories. I laughed when he made mean jokes about me because he was “just joking”.

I was committed. Divorce wasn’t an option for me.

For several months I’ve been angry. Angry I was never educated on what abuse is. Angry I hadn’t seen signs. Angry that other relationships seemed to have no problems. Angry that for three years I believed I wasn’t being abused, because “abused people end up in hospitals.” Angry I didn’t own my worth sooner. Angry I have four relatives that divorced their husbands over domestic violence, but was never told their stories until this past year.

But now I get it. No one wants to talk about the specifics of abuse because it feels like no one really wants to hear it. You watch their bodies tense up, their faces not knowing what expression to show. Most will end up saying “I’m sorry.” But then your gut reaction will be to say, “It’s okay,” when it really isn’t okay. And you’ll start to blame yourself by saying “I was young, I was naïve, I should have seen the signs,” even though countless people will tell you, “This isn’t your fault.” You’ll begin to feel validated and strong. But then someone will respond in the worst way, like the lawyers who say, “Well, why didn’t you call the police?” And you question everything.

I don’t share this to slander him or pit others against him. Someday I know I’ll be able to forgive him for the three years I feel like he stole from my life, even though that day is not now. There also needs to be more accountability and avenues of healing for people who have been the oppressor, but that’s not what this post is about.

I’m not sharing this because I’m angry or as a “woe is me.” I’m honestly in a really great place now, surrounded by family and friends who are crazy supportive. I don’t need people to validate me anymore or tell me how brave I was for leaving (you’ll hear that a lot too). I have the support I need.

I only share this because I wish I knew back then what I know now. And if I can educate one woman on abuse, it will be worth it. After I left, I learned that 1 in 3 women will be victims of domestic violence from an intimate partner in their lifetime. ONE IN THREE. Many of whom will stay in these relationships for many years. It’s time to start educating our daughters on what abuse actually is.

If he calls you names like bitch and cunt, that’s not normal, it’s abuse.

If he blames you for everything and is not taking responsibility for his own actions, that’s not normal, it’s manipulation and abuse.

If he creates a “reality” where you’re the monster and he’s the victim, that’s not normal, it’s manipulation and abuse.

If he repeatedly swears at you or says he wants a divorce (or threatens to break up), that’s not normal, it’s manipulation and abuse.

If he blocks you with his body or pushes you, even if you aren’t hurt, that’s not normal, it’s abuse.

If he spits on you, leaves you or keeps you from leaving, punishes you in some way, punches walls, says he wants to kill you or kill himself, yells in your face, throws your clothes outside, makes messes you’re expected to clean up, THATS NOT NORMAL, it’s manipulation and abuse.

I know now, why we don’t call the police.

The first step in my journey of freedom was texting the domestic violence hotline at 741-741. They were the ones who encouraged me to reach out and tell a friend, which turned into telling my parents, which lead to leaving and finding safety, which lead to choosing divorce (or rather, freedom.)

If you are experiencing things like the above from your significant other, or any other thing that just doesn’t feel “right,” I encourage you to tell someone. Anyone. Even a stranger on the other end of a text message. If you’re keeping it a secret, it’s likely wrong and needs to stop. 741-741.

If someone reaches out to you and shares that their marriage or relationship is struggling, ask questions. Ask them if they ever feel unsafe. Ask them what it’s like during arguments. If it sounds sketchy, kindly ask them if they’ve ever thought about calling the police. Because if they are in an abusive situation, chances are they’ve thought about it, they’ll just likely never do it.

The second photo I took about 3 weeks after I left. I look at her face and it makes me feel hope. She was jobless, homeless, tired, and sad. But her hair looked good, so she decided to take a selfie.

There are days when the world seems gray. When it feels like it’s never going to end. When every little thing feels like a mountain even though I know in my head it’s insignificant. But on the day I took this photo, a friend told me “Hannah, someday you’ll see the colors again,” and when I look at that photo, I believe it to be true.

If you feel moved (and for my birthday😊), I encourage you to donate a couple bucks to a non profit in your local community that affects the lives of young women like me who’s stories are similar to mine.

For my OC friends…
https://ocunited.org/what-we-do/domestic-abuse/

For my WA friends…
https://www.dvsas.org/get-involved/donate/

For me GA friends…
https://sc.coalitionmanager.org/donormanager/donation/create

***EDIT!
THANK YOU for sharing my story. I am so encouraged by the growing awareness. I have created a Facebook page so we can share encouragement and resources in recovering from abuse. Anyone is welcome to join. Please head over tohttps://www.facebook.com/groups/speak.your.truth.today/ and share your story with us