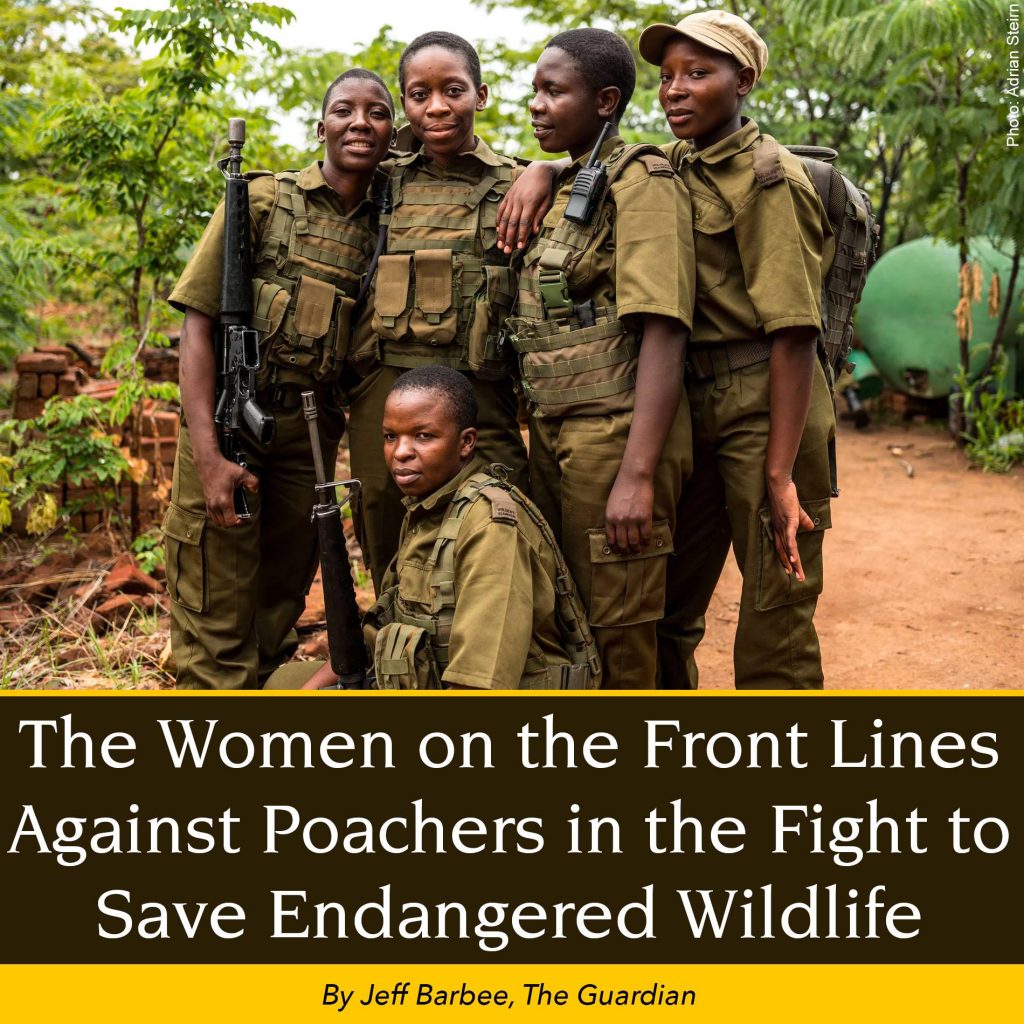 An all-female anti-poaching unit is fighting to save endangered elephants and other threatened wildlife in Zimbabwe’s Zambezi Valley! To bring the benefits of conservation directly to local communities, women’s empowerment is at the core of the Akashinga — or the ‘Brave Ones’ — anti-poaching program. It trains formerly unemployed single mothers as field rangers, providing them with a steady income and the confidence to become leaders in their communities. “I can testify to the power of this program to change my life,” says 21-year-old Primrose Mazliru, who carries the scars of physical abuse by her ex-boyfriend. With her ranger wages, she has already purchased a small plot of land: “Now I have the respect of my community, even as a young single mother,” she asserts. “I don’t need a man in my life to pay my way for me and my child.”

“Thirty-six women started our training, modeled on our special-forces training, and we pushed them hard, much harder than any training we do with men,” says the program’s founder Damien Mander. “Only three dropped out. I couldn’t believe it.” An important aspect of the program is that it is helping to replace money going to local communities that formerly came from trophy hunting, which has seen a collapse in demand in recent years. “We have turned a security need into a community program,” Mander explains, noting that, in only five months, the program is already putting more money per month into the local community than trophy hunting did per year. “We are going to develop it to become one of the best models of conservation of wildlife based on women’s empowerment,” adds conservation biologist Victor Muposhi, who helped develop the program after the Zambezi Valley has lost 11,000 elephants to poaching in the past 10 years.

Mander and the rangers are also trying to decrease the local bushmeat trade — the illegal hunting of wildlife for food that can devastate endangered animal populations — by showing that a healthy diet doesn’t need to include meat. “I was wandering around in the bush, protecting one group of animals and coming home and eating another,” he says of his decision to stop eating meat. “I could not live with the hypocrisy of that any more.” Along with modeling how to decrease their personal impact on the environment, the Akashinga are proud of showing the local community that strength and independence are not male-only attributes. “This job is not meant just for men,” says 32-year-old ranger Vimbai Kumire, “but for everyone who is fit and strong.”

Reproduced from: A Mighty Girl