As a girl, I asked Society How to prevent rape? And Society answered, “Marry as soon as possible,  have a husband beside you, don’t go out alone especially at the night, don’t wear clothes which attract guys, never drink or smoke, don’t wear makeup which can draw attention, don’t make them feel that you’re asking for it, if someone is disturbing you in the street then don’t speak up just look down and walk away, always wear a dupatta/ orna to cover up your chest because it attracts guys, don’t look into a guy’s eyes. (????!!!!!!)”

Do you guys really think these can stop RAPE? Well, Our society thinks that. We live in a weird society where wearing clothes by our choices is a sin but disturbing girls on the streets is not. If you think “Oh she should’ve worn decent clothes” then tell me one thing, why Tonu was raped? You know, She was wearing DECENT clothes in your eyes, she was wearing a hijab. Or why 5-year-old Puja was raped? She was only 5. I remember last year I was at Cox’s Bazar and I was wearing denim shorts and my parents were totally okay with it. But there was a group of guy starring at me and  They literally treated me as a product! And I couldn’t look into their eyes, neither I could speak up. After that incident 15-year-old me was scared to wear her most favorite denim shorts for a while but the more I thought about it the more I realized It was never my fault or neither my denim’s. It was always their fault, it was society’s fault. Their uncomfortable comments didn’t stop me to wear what I love, what I’m comfortable with. So now whenever I wear something I’m comfortable with or something I love I feel a power inside me. I remember once one of my relatives posted my picture on her Facebook account (it was public) and in the morning when I woke up, I saw there were several comments and most of them were hate comments, body shaming, slut-shaming, and there were nasty comments about my breasts. Back then there were all new to me and I didn’t know what to do, what I did was I read them and deleted them. I was so shocked that how could people comment on a person like that, they don’t even know me neither do I. My mother saw how disturbed I was about those comments and she said that Those comments are too wrong to define who you are, Don’t let them break you apart, don’t give a damn.” and it hit me hard. And it’s not just me, every girl faced and still face these things and it’s so not okay. 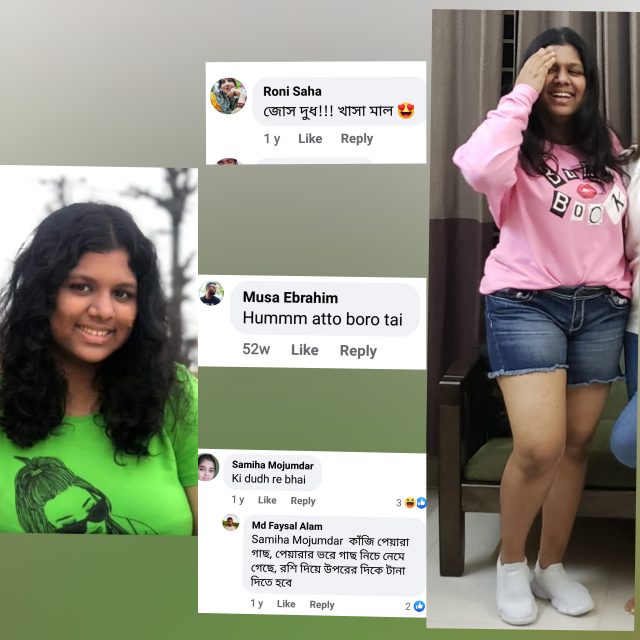 We live in a weird society where Speaking up is a sin but starring at a girl or touching a girl’s body inappropriately is not. “Oh, she is making a big deal out of it.” Do you think speaking up is a big deal? Yes, it is a big deal when we live in a society like this. Here speaking up is not normal but assaulting a woman is. Whenever I go somewhere whether it is a shopping mall or a restaurant there would be some guys who’ll try to draw attention by making weird noises. And I try not to listen to it. But is ignoring a permanent solution?

We live in a weird society were Saying No to a proposal is a sin but killing someone for their different opinion is not. A few weeks ago a 14-year-old girl Neela was murdered by a 20-year-old guy because she said no to his proposal. She was snatched from her elder brother and got murdered while going to the doctor. You guys still think not going out alone will keep us the girl safe? We live in a weird society where being raped is a crime but committing rape is not, where rapists don’t get punished but rape survivors get harassed.

Dear Society  I’m so sorry to say but your rules didn’t save us the girls, it will never going to save us as well. Tell us to fly high not to clip our wings, tell us to speak up not to stay silent. Tell us to look up not down. Tell us to travel the world not to stay at home. Educate your sons on how to treat women, don’t tell girls how to dress. Let girls dress by their choices not society’s choices. Stop thinking about marriage as protection for us because it’s not. Society has to be changed. What’s going on is not right. I don’t want my next generation to face the same things we are facing.

Trust me a girl is never responsible for a rape. NEVER. Rape is a crime, not a culture. Starring at girls inappropriately is a crime, it’s not normal. If you can’t CONTROL yourself then you should probably need a psychiatrist because you are mentally sick. There is no such saying as DON’T GET RAPED, say DON’T RAPE. Don’t identify a girl who was sexually assaulted as a Victim because she is a survivor, she is a fighter. A rapist is nothing but a criminal and he needs to be hanged.  What’s happening every day is NOT NORMAL. It needs to stop! In Bangladesh, there have been almost 900 reported rape cases in the last 8 months! Do you think it’s okay? Don’t you dare to normalize rape! Rape is happening every day and rapists are roaming around but why? Weren’t they supposed to get hanged?

It’s so unfortunate that even in this 21st century we girls can’t go out alone in the night. We cant wear what we want, We have to tackle inappropriate comments in social media, uncomfortable starring on the street. Still,  I’m not safe in my very own country. Still, our parents have to think about our safety issues. We (girls) are not safe, we were never safe, neither outside nor home. I couldn’t sleep peacefully while thinking that I, my little sister,  my friends, or any woman I know might be the next target. How many times we have to protest for the same issue? We protested for Tonu, we protested for Puja, we protested for all of them but did it really work? Why we aren’t being heard? All we want is Justice.

Enough is enough. Don’t ignore it anymore. Let’s speak up, we have to speak up. We want an open-minded society, a safe and a Rape-free Bangladesh, well a rape-free world I’d rather say.

The article earlier appeared on the writer’s Personal Blog. 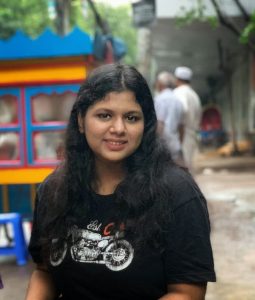 “Writing’s been always a great passion and a form for me to speak up and raise my voice about the matters which matter to me most. It helped me to express myself. I am very much interested in writing about gender equality, women empowerment, women’s rights, Feminism, etc. I love to write letters to the world leaders and Changemakers of the world about the issues I’m passionate about.”- Opshori Nondona