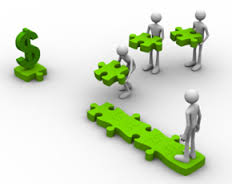 Pamelia Khaled: Children learn in their early days how to express themselves, read clearly, speak articulately and using pitch and tone in their class presentation and speech in any events. As well as children in elementary stage express themselves through writing skills such as creative writing practice, listening and counting numbers.

In Bangladesh national curriculum “a culture of peace” component has not been included as a significant section of a child centred curriculum. Promoting peace education in the classroom has become important in these global war maddened days.

Hundreds of Palestinians in the Sabra and Shatila refugee camps were killed in 1982. Till to the date 700 Palestinians are died in Gaza majority of them are children. It is assumed that Netanyahu and his military officials targeted killing children largely; the idea is not only barbaric, largely unethical. Holocaust took away six million Jews; they died in the gas chambers for Adolf Hitler’s Aryan blood theory.

Similarly Saddam Hossain killed innocent Kurds in Iraq using chemical weapons. It is not a long ago, how two atomic bombs were dropped on the innocent Japanese by America. We Bangladeshis did not forget how in 1971, General Yahya Khan and his military killed three million innocent people in Bangladesh. Looking at the history our new generation feel puzzled how they will respond to their enemies who raped and killed their sisters, mothers, brothers, fathers and close families and relatives brutally. Because they are not well prepared through a compassionate curricula that teach learners’ how to deal with conflict issue and maintain peace and democracy even in a distress period.

Education is the means building a multicultural nation and bringing heterogeneous population closely together. A number of war afflicted country across the world are suffering of violence and conflicts. It is important to identify what is the role of education developing a culture of peace, tolerance and solidarity in a multicultural classroom as well as enhancing democracy in a war ravaged country.

There are a few incidents of conflicts and rampage among the Hindu, Christian, Bihary and ethnic community in Chittagong Hilltracts are observed this year, which is very much alarming for the social environments in Bangladesh.

Education International noted in an article Peace Education: “a culture of peace and non-violence goes to the substance of fundamental human rights: social justice, democracy, literacy, respect and dignity for all, international solidarity, respect for workers’ rights and core labour standards, children rights, equality between men and women, cultural identity and diversity, Indigenous peoples and minorities rights, the preservation of the natural environment to name some of the more obvious thematic.”

In terms of race, religion, culture the division among the population of Indian subcontinent is not a new phenomenon. The splitting up process was started by the British Indian implementing by the “divide rule of Bengal” and giving birth of two countries based on the religious majority such as Pakistan and India. Language, culture, religion and ethnicity have crucial impact on the people in this region including Bangladesh.

Peace education is an important component for a multicultural society like Bangladesh as we all want to see a nation who understand well and appreciate the heterogeneous nature of Bangladeshi culture, necessity of a culture of peace and the aim of holistic education. Children need to learn new techniques how to avoid religious, cultural and socio-political conflicts while they face challenges.

Society is conditioned within the concepts of social and political pressure, division and conflict. Conflict issues have impact on the population, as those issues are used to stand against the oppositions and increase negative social environment and different concepts to achieve each group’s objectives.

Conflict resolution is only possible when individual, family, society and states are joined and involve themselves to find a particular approach through their positive attitudes.   Thus, it is important to educate a child/ youth the notion of “a culture of peace” through the school curriculum. There is no other alternative to reduce disequilibrium and conflict in the current social system and its culture, religion and politics without nurturing peace education.

Sympathy, loving-kindness, social justice, volunteerism, and peace building components must be included as a part of whole curriculum. A culture of peace can be done through the state, mosque, temple, church, community organizations, NGOs and school. Social values and norms must be taught in home and school, so child can move beyond of religion and culture. Thus, a culture of peace idea can be included as a part of the holistic curriculum, which can be name as whole curriculum. The practice can be started through the childhood education in elementary stage. But it must carry on at secondary and tertiary curricula.

Nevertheless, the knowledge and skills for peace building and creating a just society can be achieved through a culture of peace practice. A few procedures can be included such as loving- kindness, active listening, dialogues between teacher parents and students, yoga/mediation/prayer, and contemplatative learning. The whole curriculum and its’ component “a culture of peace” would support developing students’ physical, mental, intellectual and personal growth; in addition to their self development.

To teach our new generation (become a ‘whole’ person) a contemplatative education system is required. It can be done employing a clear objective in education that attempts to educate learners’, a concept of ‘humanism’, building a friendlier, healthy environment on this earth. Curricula should combine brain (cognitive/transaction) and soul based approach (transformation). The soul based approach, perennial philosophy allows ‘thinking heart’ to large questions: what is our role in the universe? ; how can we deal with human suffering?

To promote the notion ‘a culture of peace’ must be included in the curricula/ content of primary and secondary education and educational resources. Teacher education has to be mandatory. School, college and university must continue training for teachers’. The national curriculum policy needs to include youth and parents awareness programs and continue research.

In a larger sense, a culture of peace could be an important part of holistic education. The holistic education is an active curriculum; students learn how to foster peace, values and rights from home, family, classroom, community and their social world experiences. Thus, a culture of peace education curriculum inclusion for a multicultural country is necessary for Bangladesh as well as any war afflicted countries.

This is a call for all rational government and curriculum developers: they need to re- think why it is necessary to reject any ideology based curriculum and to prevent the spread of any radical ideology by any means. An Initiative can be taken by developing a “Culture of Peace Curriculum” for grade 1-12.

The writer is a Doctoral Candidate of Ontario Institute of Studies in Education, University of Toronto, Canada. She can be reached at