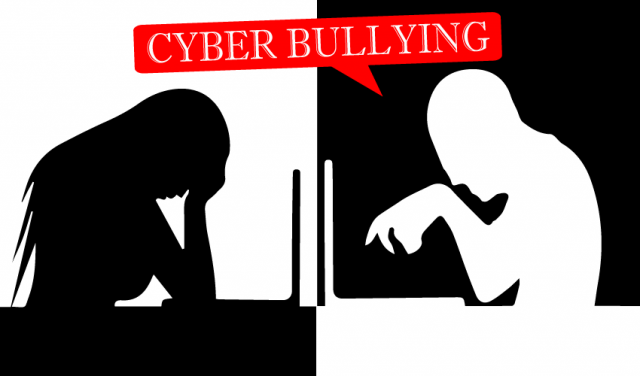 Digital space and internet-based activities have evolved rapidly over the past decade in Bangladesh. We are dependent on our smartphone for our day to day life events.  There is no doubt that online space is an excellent medium to express our opinions and exercise healthy conversations with others but it is also the potential ground of cyberbullying directed against women. Bullying or harassment is a very common thing in Bangladesh in the real world. The growing number of cyberbullying incidents is turning out to be another headache for women in this country mainly because such events are hardly acknowledged by us. Feminist studies on the issue revealed that cyberbullying represents the broader cultural representation of gender roles and women’s subordination in a given society. Bullies target women most often because it is easy to humiliate them due to the existing stereotypes about gender roles, sexuality, or norms. Women are shamed in cyberspace frequently for their appearance which clearly indicates the gender dynamics responsible for violent acts directed towards them.

Cyberspace is considered a neutral place irrespective of any gender, age, ethnicity, or nationality. The way women are being bullied every day in cyberspace reflects the patriarchal mentality of the majority internet users. These users represent the mass who believe in male dominance and female subordination. They believe that they are the controller of a woman’s body and life. Their prime focus is to make mean comments about a woman’s appearance, lifestyle, attire, or any kind of action which they find ‘different’ or ‘unacceptable’. One just needs a smartphone and a stable internet connection to demean anyone in cyberspace. The difference between personal life and professional life is often forgotten in this process. Attacking a woman personally is a very common practice among internet users in Bangladesh, whether the victim is a celebrity or an ordinary person. Very recently Shipra Debnath, a crew member of late Maj (retd) Sinha was bullied for reasons which had nothing to do with the actual incident. Her personal photos with provocative comments went viral within a few hours on Facebook and other sites. Soon people who do not have any slight idea about her personal life started judging her. Another incident sparked controversy very recently when Bangladeshi cricketer Shakib Al Hasan’s daughter received inappropriate and unpleasant comments below one of her pictures on Facebook. Even a small girl like her who do not understand what bullying is was not spared by these online bullies. It proves the main thrill-seeking mentality of these people. Perpetrators have made this practice a source of entertainment for them. The existence of power relations is also evident here as men or groups of men are generally the main perpetrators who hold a desire to control or restrict a woman through such remarks. Another incident took place recently when a new bride’s photos of riding a bike on the day of her Holud program went viral. She was bullied for doing something which is not very common for a girl to do in our society. Unpleasant comments were thrown at her stating why it was wrong. Basically everyone in the comment section tried to restrict her because a woman is not supposed to ride a bike like that, and especially not on her wedding day! If it were a man, no one would have opposed it let alone flooding their social media feeds with misogynistic comments. What is more appalling is the fact that women are bullied by other female users in cyberspace too. Without protesting the wrongdoers, they themselves take part in endorsing prejudices and stereotypes against women.

One very common thing about cyberbullies is the fact that they take on anyone or any incident and make an issue out of it whether it is relevant or not. The anonymity of the perpetrators make it difficult for others to reveal their identity. Stranger to stranger interaction makes cyberspace a world of a heterogeneous audience. Any stranger can attack or bully a public figure or a person, sometimes from a fake profile without revealing his/her true identity. The absence of face-to-face interaction often instigates users to express their inner feeling in the most extremist way. A real-life encounter would have stopped that action. The Internet also works as a double-edged sword. The best thing about the internet is the fact that anyone, from anywhere, can reach anybody without any hassle. The worst thing about the internet is also the same. Reaching out individuals have never been so convenient before. Moreover, Bangladesh has several legal provisions against cybercrime in Bangladesh but unfortunately, these are not adequate enough or clearly defined. Women are very negligent about these laws. They hardly file any complaint against the attacker. Rather they try to hide their own identity and take the blame on them by removing or deactivating the concerned post or profile for the fear of social stigmatization. Still today, in our society people like to question a girl’s character if any controversy arises without checking the actual fact. People believe everything in cyberspace and discuss more any issue whether it is true or fake. The victim becomes the villain and the villain remains unidentified who continues bullying others without the feeling of any guilt or remorse. They roam around in cyberspace knowing the fact that no one will take legal action against them. This gives them confidence and future opportunities to repeat their acts. Sometimes the vagueness of the nature of the problem creates further trouble for the victims. What is ‘bullying’ to one person, is ‘flirting’ or ‘callout’ to others. Victims often get confused about whether the accusation of bullying would get accepted by others. Sometimes it is laughed off by her own family members, friends, or associates. They do not take cyberbullying as seriously as any real-life events of bullying or harassment. But cyberbullying is a real thing. Its consequences are real too. It is a part of real violence that risks the privacy and safety of womenfolk in cyberspace.

Cyberbullying is a harmful manifestation of gender-based violence. This practice is a hindrance to women’s freedom of speech and basic human rights. They are often bullied for having contradictory political or religious views. Having a different opinion is not wrong. To do something which is not part of our mainstream culture is not wrong. They are targeted first for their viewpoints and then irrelevant remarks are made on their body, life, work, etc. to make her feel miserable. The psychological effects of cyberbullying are extremely harmful to any woman. Victims go through mental breakdown and depression. Sometimes women restrict their social participation out of shame and self-guilt. It erodes their self-esteem. They start to doubt their worth and suffer from intense dissatisfaction. Suicidal tendency is not rare among such victims. These consequences have a very negative impact on their future career, education life, and family life as well. What is fun to the perpetrators, can spoil the inner peace and well-being of the victim forever.