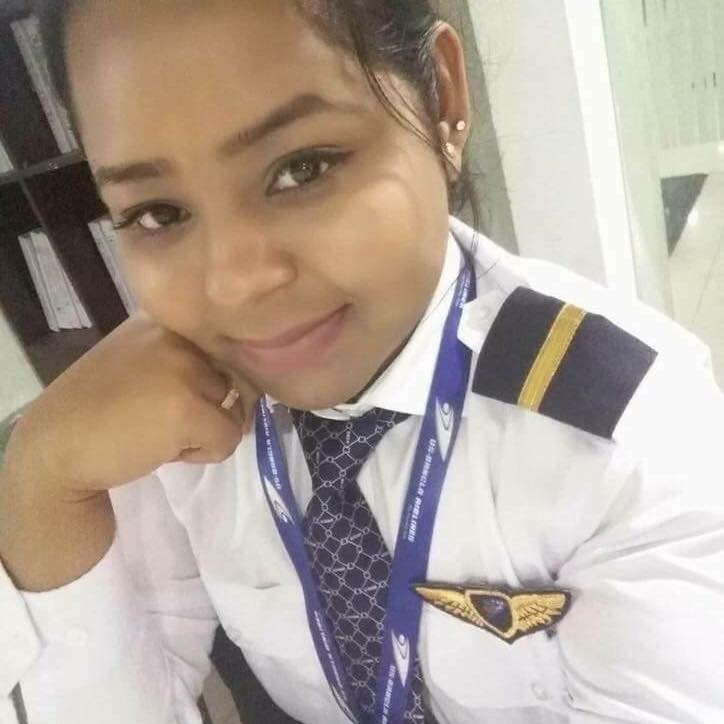 Prithula Rashid, the co-pilot of the ill-fated US-Bangla airlines aircraft who was among the 49 victims, is being mourned by her friends and family.

An alumnus of North South University, Rashid’s Facebook profile was flooded with comments from people, pouring in their condolences and love.

“Prithula Rashid, student of the Department of English & Modern Languages of NSU and Co-Pilot of US Bangla Airlines (Flight BS211), has passed away in the Kathmandu plane crash today. Please pray for her departed soul,” wrote North South University in its official page.

She joined US-Bangla Airlines as the Airline Pilot/First Officer on July 2016, according to her Facebook profile. (Source: Daily Star)

I am struggling with words as I keep scrolling through updates and try to type on the keyboard. A part of me wishes it was all a bad dream. But reality tells me otherwise. The moment I saw the update, my heart sank. Just before an hour, I had read about the plane crash. And then, I saw a post on a friend’s timeline which stated Prithula is no more.

I knew Prithula from A-levels tuitions. We had friends in common and we were in the same batch in Maths tuitions. She was a kind and jolly person. I liked her personality and started admiring her, even more, when she decided to join aviation. In my eyes, that moment onwards, she was a rockstar. Aviation as a profession always appeared fascinating to me. I admired her courage. And with time, even though we lost touch, we stayed connected on social media and I always looked forward to her vibrant updates as she took off to places. She flew to places and I always wondered how exciting it must be. But I knew with excitement came the risks and responsibilities. A pilot takes on his or her shoulders, the responsibility of so many lives. And Prithula till her last breath tried to save lives. I am proud to have known her, even if it was for a brief period of time.

And it angers me to see misogynist updates on Facebook who are blaming Prithula for the plane crash. It is horrifying to read such updates and it is frustrating to know that there are people like that who still think a woman should not become a pilot and can actually jump to conclusions about what happened. It is heartbreaking to see while at one hand she is being called as the “Daughter of Bangladesh”, there are people from our own country whose conscience has stooped down to the level that they mercilessly continue to use disgusting language about her. It was a devastating tragedy. So many lives lost, so many dreams shattered. And while the rest of us are grieving, irrespective of whether we knew someone or not from the crash, there are low lives who actually have the audacity to write in such filthy manners. It is disappointing because there are some so-called educated people too in that league, and they feel no shame in saying such hateful and illogical things.

I hope someday, people at large would acknowledge Prithula’s bravery. When I become a mother, I would like to tell my children about her. I would tell my children to be like her. To be humble, kind, hardworking and courageous. Just like her.

Salute Prithula, and rest in peace. You will be in our hearts forever.

How to navigate well-being when you are traumatized