Shakuntala Devi was a world-famous math genius, but she could become more. She was born in a very poverty-stricken family in Bangalore, India – where this is the last thing people expected to see a woman jabbering numbers. The reason I said “she could be more” is that, if she were born in a different context her talent would have been nurtured. She might have had some real contribution to the scientific field rather than just impressing people on stage as a magician.

And that’s how the recently released Bollywood biopic “Shakuntala Devi” has portrayed her, and after a little bit of research, I found that to be true. But when we start watching a biopic, normally it’s expected to witness the noteworthy achievements of their lives.

From that point of view, the movie had a very interesting beginning. You don’t expect to see the main character to be seen as an antagonist. It starts with her daughter processing to press criminal charges against Shakuntala for selling her property without informing her. From there, the movie will give you a complete maleficent image of Shakuntala, until the first half.

Shakuntala realized her talent at a very young age, so did her father. That’s why her poor but cunning father used to take her in public programs to showcase the wonder girl. People will ask hard mathematical questions that are impossible for a human to calculate. But Shakuntala will calculate them in a jiffy and will ask in her signature tone, “Is that correct?”

Before settling down with her husband Paritosh Banerji at Kolkata, Shakuntala moved to England and traveled around the world to sell her talent. She presented herself quite a few times in front of the Royal Mathematician Society of England, just the same way she used to charge high to entertain people with her extraordinary brain. During that time she lived her life on her own will, from partying till morning to dating foreigners; spending extravagantly to support her lavish lifestyle and fighting every chance she used to get when people used to judge her for being a woman. 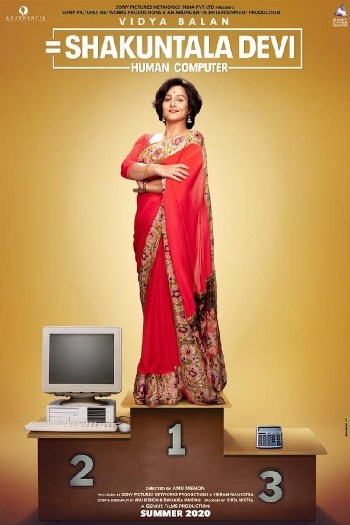 Until now, Shakuntala seemed to have figured out her life altogether – what and how she wanted. For a mathematical genius, it’s not surprising to know that she even settled down with a man having a very calculative desire in mind – bearing a child. That’s how her daughter Annu came into her life. She has been challenging the world for chastising her for being a woman but at the same time, she craved for motherhood. She put a stop at her career and fully indulged herself in childcare. But you simply cannot imagine a jovial personality like Shakuntala in a cage, she was bound to break barriers.

With the support of her husband, she went out to conquer the world again but the balance didn’t last. Finally, she broke her marriage and took her daughter with her, to lead a bohemian life. From this point on Shakuntala, ‘the mother’ is more prevalent than the mathematical genius. The movie portrayed a very irresponsible and self-centric mother at first gaze. Always keeping her daughter on tiptoe, keeping her away from her father, giving an upbringing under her own shadow, and most importantly, not letting take any decision on her own, like getting married and choosing a career. But later after some bitter experiences with her daughter, Shakuntala understood that now she needed to prioritize. And for the first time in her life, Shakuntala prioritized someone more than herself. And that’s when the character starts unveiling herself. The caring and sacrificing side of a mother who nothing but unconditionally loved her child, yet she sometimes failed to fulfill her duties for having such an envious career.

Shakuntala had her own darkness too, regarding her mother. She thought she had moved on but in reality, her past haunted her entire life and sometimes drove her to behave like a manipulative insane person. But she never compromised with her career, even after retiring from mathematics she went on to pursuing astrology and writing.

Shakuntala Devi’s life is full of up and down streams, her personality is just like a force of nature. A very unconventional image that we imagine about women of that era. She never had any regret over choosing her career again and again over relationships, attachments, and responsibilities. That’s why, at first her appearance gives irritation, and raises questions about her decisions. But the more you get into the movie, the more you’ll realize we see women like her around us very often, she is just a woman with high ambition. A woman who doesn’t mind to be unapologetically arrogant and self-sufficient. Shakuntala broke barriers, became first in many things, it’s the patriarchy which gave her a negative outlook.

In the end, if we just think outside the established character of a woman, we’ll find Shakuntala is just an intellectually gifted woman, but the extraordinary part is she wanted to fly. She didn’t compromise and surrendered in front of anyone, but at the same time, she valued that person whom she loved the most. She was true to her.

Shakuntala is a blend of womanhood and motherhood, a genius indeed! 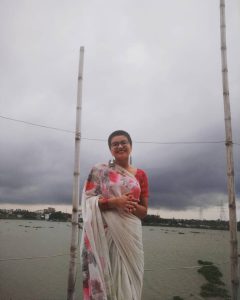