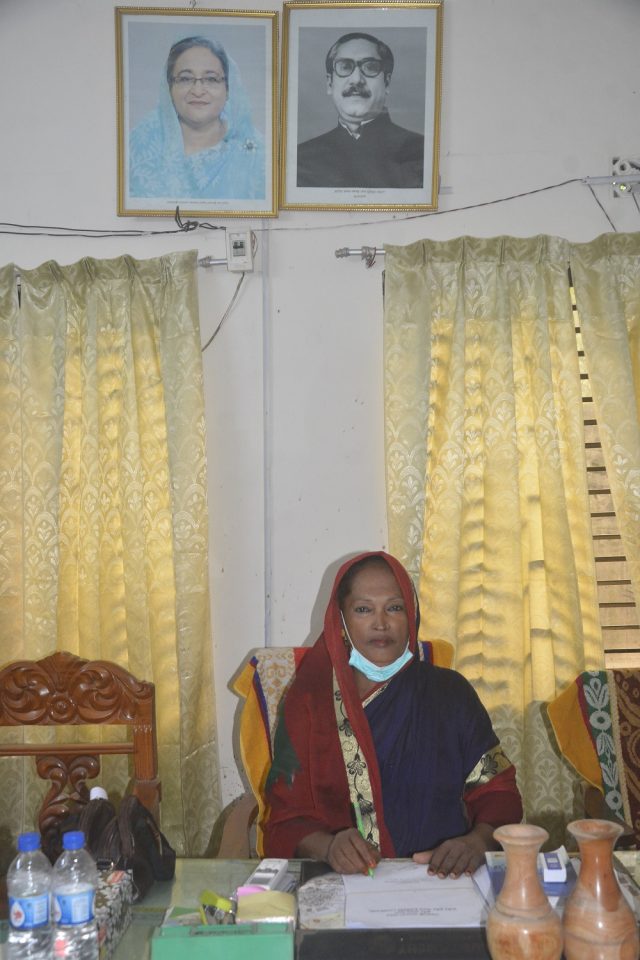 Dithi Khatun, 52 years old, is an elective Councillor of Kolaroa municipality of Satkhira district, south coast of Bangladesh. As a public representative, she thinks if the marginalized people can get the right guidance, proper system, and equal opportunity, they can reach their potential.

In Bangladesh several years back transgender had no right to vote, but now they are allowed to treat them as a third gender, can cast their vote, enroll in schools due to new laws enacted by the government. You can find more information here.

Dithi Khatun is a trans-rights activist and in 2006, she formally joined the movement. Dithi was not welcomed by her family and community. In childhood, her parents hid her when someone visited their home. In school, her classmates knew her as a boy. When she presented herself as a girl, she was thrown out of her family, and later she was given shelter by some transpersons.

In time, with her humility, values, and bold steering on human rights, she created a good reputation for herself. In 2020, she contested in the Kolaroa municipality election and won as a Ward Councillor.

“Votes already proved my leadership capability. I am serving my people from my heart”

She visits her constituency regularly and tries to hear from people about their problems. She firmly believes getting ideas from people is very important than following protocols and seeking appointments. No one knows everything including herself and that’s why she wants to learn from others by listening. During the nationwide lock-downs, she continued her support to the people especially for aged, pregnant women, and disabled persons.

Hope for the Poorest (HP) is implementing a development project on WASH that aims to meet SDG goals 6 in four cities and a union, Kolaroa municipality is one of them. HP already trained a number of entrepreneurs aiming to work on the water, sanitation, kitchen waste management, and a low-cost sanitary napkin and is coaching them to expand their services to the last mile customers.

She loves to work not only for her community and her office door is open for everyone. Her one daughter is married and another one is now studying at the Dhaka Medical College Hospital, a prestigious health institution in Bangladesh. Today, she is a successful activist, public representative, development worker, and after all a mother. 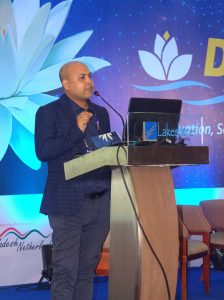 Mahiul Kadir, 36, is Executive Director at Hope for the Poorest, a not for a profit-making organization, working on social entrepreneurship business development in Bangladesh. He is a business graduate completed from a reputed public university in Bangladesh and has a number of certificates on entrepreneurship development from national and international institutions.

After graduation, he launched his career in the development sector where his specializations are in strategic management, resource mobilization, financial management, project design, implementation and evaluation, people management, and entrepreneurship development as well.

He eventually led a number of programs that mostly included the World Bank Group Sanitation Program in Bangladesh. Mr. Kadir is also a creative thinker and writing on social media and different national English dailies on socio-economic issues mostly women’s development and empowerment.

He already presented his research findings on many national and international seminars, including One Young World Summit, 2018, at Hague, The Netherlands, and World Water Week, 2019 in Stockholm, Sweden, was junior rapporteur to virtual World Water Week, 2021.