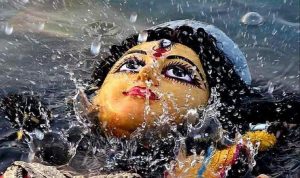 Women Chapter International (WCI) vehemently condemns the attacks across the country on minority Hindus in Bangladesh as they were celebrating their largest religious festival Durga Puja which was to end last Friday, October 15th, 2021.

New York Times reports, “At least four people have been confirmed to have died and more than 100 others wounded since Wednesday as violence expanded across the country following allegations that a copy of the Quran, the Muslim holy book, was disrespected in a temple in Cumilla, a district southeast of the capital, Dhaka.” (https://www.nytimes.com/2021/10/15/world/asia/15bangladesh-muslim-hindu-violence.html)

Although, unconfirmed social media reports suggest that, it is unlikely that considering the consequence of such an action in an Islamic state like Bangladesh, it is very unlikely that any Hindu would take such a step as breaking into the locked Puja venue to desecrate a Quran inside and endanger the safety of his/her own as well of that of their community.

It should be noted here that violence during the celebration of Durga Puja in Bangladesh is not a new phenomenon, nor is the violence and discrimination against Hindus and other religious and Ethnic minorities in the country. However, this time, it is simply abominable what the fundamentalist Islamists have done.

“The worst of the violence convulsed Chandpur district, south of Dhaka, where police clashed with an angry mob trying to attack a Hindu temple.

Clashes and protests were reported in at least 10 of the country’s 64 districts, according to local media reports. Paramilitary forces were deployed to more than 35 districts to curb the spread of violence on Friday, the last day of a major Hindu festival, the Durga Puja, said Shariful Islam, a spokesman for the forces,” reports New York Times. 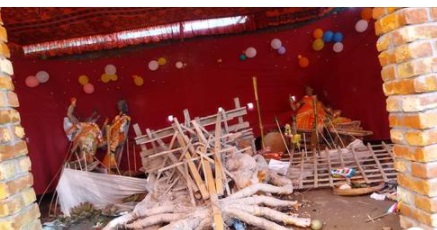 A few other reports of attacks have been circulating on social media, and while WCI could not verify the authenticity of the sources, based on the previous year’s atrocities on the Hindu and other religious and ethnic minorities in Bangladesh, they do not seem to be too far fetched.

Below is a summary of the alleged attacks:

Please note that all of these incidents have reportedly taken place between Thursday, October 14th, 2021 to Friday, October 15th, 2021.

Apart from the above incidents, Trishul, Mangala, Nabadurga, Bijoya Pandel, Coatbari temples in Noakhali have been completely burned to the ground. In Barogram, Chayanibazar, Begumganj, and Shonaimuri, Hindu houses have been forcefully entered, vandalized, and burned down.

Ever since the early eighties, as the then Military Dictators started using religion to legitimize their position as state leaders, Islam and pro-Islamist powers have dangerously started gaining a lot of power over the political machine in Bangladesh.

Gradually, giving way to the culture of religion and religious leaders legitimizing and showering their blessing on the main political parties in a bid to ensure their smooth rise and settlement into power, so much so, that even when the so-called progressive Awami League came to power, the leader of the party Sheikh Hasina, moved away from her father’s (Her father was the First President of Bangladesh, Sheikh Mujibur Rahman, under whose leadership Bangladesh fought and won the liberation war against Pakistan in 1971, with a hope to forever cut the country’s ties to a politics based on religion on which Pakistan was created.) pro-liberal, secular approach and didn’t hesitate to hold on to the tradition of her predecessors of allying themselves with the pro-Islamist fundamentalists in a desperate bid to hold on to power.

As a result, the Pro-Islamists once again continued to gain enormous social, political and cultural influence within Bangladesh. Their influencers within the country and the government convinced the government to make changes within the national textbooks by removing works by non-Muslim writers and introducing more and more conservative cultural and social messages. They influenced the government enough to make amendments to the early child marriage law so that instead of banning all marriages for girls under 18, the law has now created a loophole where anyone can marry their daughters under 18 should they find it is “Better for the future of the girl”. This has given rise to a pandemic of very young girls being married in exchange for money or in some cases to sexual predators, as their parents are being convinced or coerced in a myriad of ways.

The television channel, print media, and the waz mehfil (Islamic religious gatherings) that takes place around every corner of the country are constantly provoking the general public against the non-believers, kafirs, or Hindus openly. They are openly streaming videos where they are encouraging people that it is alright to kill those who don’t believe in their Muslim faith and to subdue women by force if necessary because Islam gives them the right to do so.

Women who don’t wear hijab, or who wear decorations such as Tips (dots on foreheads) which although is a Bengali tradition, but thanks to the Islamists, is now being confused with something that only “kafir’s do, are being spat at on the streets.

The indigenous and Hindu girls are continuously harassed and raped, simply for the fact that they belong to the religious minority, which makes them the “spoils of the war” for the Muslims, very legitimate objects of sexual aggression for Muslim men.

And while the police and the law enforcement are way too busy throttling the voice of media or individual journalists or writers who do have the courage to speak out against such injustice and the downward spiral that is taking the country down the path of religious fundamentalism, they have no inclination of protecting the rights of the Hindus and other religious and ethnic minorities in Bangladesh.

According to a report by Minority Rights, (https://minorityrights.org/wp-content/uploads/2016/11/MRG_Rep_Ban_Oct16_ONLINE.pdf?fbclid=IwAR11pOKuW-Kle79ajCQ2slWCgK5gMs9RDoyqKAsgxi4pAviVwMNByYAd1hM) wherein 1951, 22% of the then East Pakistan or Bangladesh’s total population was Hindu, in 2011, that percentage came down to 8.5%. Currently, in 2021, the number is dwindling even further.

Especially, when every day they are being tortured, harassed, abused and their properties are being taken away from them forcefully, the only way to save themselves that they have is to leave the country where their forefathers have lived for millennia; a country for which they have fought hard against the Pakistani Army in 1971 with the rest of the population and being Hindus (who were particularly hated and targeted by the Pakistani military and their local collaborators), they also suffered the most number of losses, be it the death of their loved ones, or rapes of their women or displacement due to the forced migration.

That is why WCI not only condemns such blatant disregard for the life of these Bangladeshi citizens’ lives and basic human rights but would also like to attract the attention of the human rights organizations worldwide so that they can step in and force the government of Bangladesh to take the necessary actions.

The attacks against the Hindus and other religious and ethnic minorities in Bangladesh should stop immediately or the Bangladeshi government should be held responsible as it has simply done nothing to stop the atrocities so far.

On Behalf of WCI, The Board of Directors, 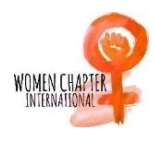