One of the most influential lifestyle magazines of Bangladesh “Canvas” has published a photo feature named ‘নারীচরিতাসু’ (Naricharitashu)  inspired by স্ত্রীজাতি কথন’ (Strijati Kathan) written by Bharatchandra Ray Gunakor, an 18th century Bengali poet. I must say this photo feature has once again proved that many of our mentalities still live in the patriarchal, backdated 18th century. Even though we are living in modern society, yet objectifying women, body shaming them is just another example of our 18th-century mentality.

I just kindly wanted to pose a question to Canvas: Why you guys were highly inspired by স্ত্রীজাতি কথন’? This is a poem where women are objectified, where their abilities are measured by their beauty and body type, and which takes us hundreds of steps away while we women are still trying to break the barriers, still fighting with inequality.

বিনোদিনী/Binodini – who was more than her beauty, a woman who didn’t give a damn about the patriarchal society. (চোখের বালি/ Chokher Bali by Rabindranath Tagore) ;

চিত্রাঙ্গদা/ Chitrangada – a feminist, bold, strong warrior who made herself cable enough to be a King.  (চিত্রাঙ্গদা/Chitrangada  by Rabindranath Tagore)

দূর্গা/ Durga – a mischievous girl who is absolutely filled with life. She was expected to act more feminine in her society but she loved being her sprightly self with numerous imperfections. ( পথের পাঁচালী / Pather Panchali by Bibhutibhushan Bandopadhyay)

Bharatchandra Ray Gunakor’s work represents the whole mentality of a filthy patriarchal society that needs to be changed. Canvas’s photo feature is just a small wake-up call for all of us. It made me realize how much we still have to fight for a better society.

Characteristics like পদ্মিনী, হস্তিনী, চিত্রিণী and শঙ্খিনী (Padmini, Hastini,Chitrini,Shankhini)  from that poetry take this society hundreds of steps back from our goal of equality. While বিনোদিনী, সুবর্ণলতা,চিত্রাঙ্গদা, দূর্গা – they give us hopes about a society where women won’t be judged with beauty and have enough opportunity to express themselves and be who they are.

Let us build a society where our women are not being judged as পদ্মিনী, হস্তিনী, চিত্রিণী and শঙ্খিনী. We are way more than that. 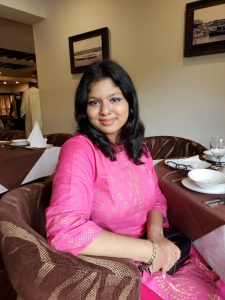 “I’m Opshori, a 17-year-old school student. Writing has always been a place of passion for me. It helped me to express myself. I am very much interested in writing about gender equality, women empowerment, women’s rights, Feminism, etc. I love to write letters to the world leaders and Change makers of the world about the issues which matter to me most. “