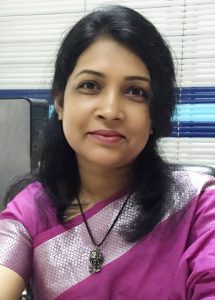 My daughter has been incessantly encouraging me to dye my hair with brown color with an edge line of golden. She wants her Mom to have a look smarter and younger. I poured water on the fire of her excitement about my hair coloring. I told my 11-year-old daughter that I shall stop dyeing my hair from now; as I want to let my grey hair grow. Her mood went off, she became sad. She is not ready to embrace my aging looks and that has taken over my disinclination of hair dyeing. It is a loving pressure on me from my daughter. I know this story is almost of every woman. Not only the children, such loving demand come from husband as well – if not in word, by their changing attitude of course.

Recently Indian popular actress Sridevi has died at her 54. The massive heart attack was the primary suspicion as the cause of her sudden death (later on the forensic report said that it was an accidental drowning in the bathtub). However, people wanted to find out the cause behind the massive heart attack of a healthy woman who has attended a wedding party just a few hours before her death. What did first come out as the cause of her heart attack? It was her repeatedly done cosmetic surgeries. Sridevi was 54, but she wanted to be looked like as her young days. If a 50, or 50 plus woman needs to be looked as young and beautiful as 20 or 25 years old, she needs continuous surgeries. According to the media, Sridevi took a lot of hydroxyl drugs trying to keep weight down. She did liposuction, lip surgery and don’t know what more. These all could be seriously harmful to health and even could cause a severe stroke to death. While I was seeing photos of Sridevi and his husband Boney Kapoor, I saw a big contrast. Her husband was looking quite normal with his age in all photos. He had let his age grow with accepting a chubby body, thin hair on top, and not much aware of unnatural fitness. On the other hand, Sridevi was on all try to look slimmer, younger, and glamorous than a 50 plus woman should usually be. Whatever the cause of her death was, but Sridevi did all these try to keep herself younger that came true; but her husband did nothing for himself.

Not only Sridevi or any other showbiz woman, artificial doings for beautifying the looks or trying to keep the age on a hold are very common in women. An average number of women live under the kind of psycho-pathetic state in their whole life. Women are scared of their age. It dangerously increases after 40. After the 40, women start going through many steps of biological changes in their life. And women simply cannot accept these changes. They do not get prepared to embrace their aging signs as it comes naturally. They started suffering from a sort of psychosis difficulty about their beauty and youth. They start living with liposuction, breast implant, cosmetic surgeries, laser treatments, hormonal treatments, and so on. All of these are harmful to health. But women do not care about their health issue that much they care about their younger outer shell.

But what are the reasons behind of having such psychological abnormality? Why women run after hiding their age marks after a certain period of life? What that lot of pressure compel women to keep their weight down, make sure that their face has no wrinkle lines, breasts must not look drooping? What makes them visit beauty clinics to do unnatural beauty treatments? What that vulnerabilities cause women to start thinking at one point that ‘my life is over’?

Women’s psychology is encompassed by demands come from others. Society demands that a woman stay slimmer and look younger than her actual age. Children want that their Mom should look like the beautiful Aunties they have met in schools or somewhere else. A husband expects that his wife should look younger and beautiful just like the first few years of marriage. It is not hard to find that a good number of men failed to overcome their mid-life crisis which is directly linked with their wives’ losing youth and beauty. These husbands cannot find the sparkle and grace of their wives what have treasured by their age. The husbands often get involved with new relationships. When a husband keeps getting involved in extramarital relationships with 15 or 20 years younger girls; or desires to marry again – that sends a message to his middle-aged wife as well as the other women around. That makes a woman to lose her confidence. When a man decides to free his wife at the middle of life and plan to marry with a younger bride; that creates a painful and disgraceful situation for the wife who lived her entire life for him. Women get scared of losing their love. They want to save their relationship, or partnership, or marriage. Unconsciously they start blaming their growing age, their fading youth, and beauty. Then they pay all their attention to reviving youth and beauty; and keeping it everlasting. Consequently, they allow themselves to become a laboratory mini pic.

Society does not recognize women’s merits even in the 21st century when women have proved themselves capable in all sectors. Women’s merits are rarely recognized as their pillar of successes. The society still doesn’t consider merit but their mere beauty behind women’s successes. The corporate society has very cleverly established the myth that women’s biological beauty is the most proficient non-finance investment for the great financial profit. This brutality of the corporate world led women to put their all-out effort on their beauty and youth. Women got trapped; each and every one of them became somehow an individual cosmetic laboratory of corporate investments. There are so many beauty offers for women – breast implants, liposuction, cosmetic surgery, laser treatment, hormonal treatments, hair treatment, and what not. All these offers just for women, to keep them slimmer, fairer, younger and beautiful all through their life, even when they are at their plus 50. Since women have learned to be scared of their age, they just jump in all these drivels.

Hormonal treatments mostly come from the fear of the menopausal stage. Women are secretly scared of their menopause. Women have learned to believe that after menopause they will lose their womanly grace. They will lose their appealing looks and also sexual desire. Therefore, they start taking hormonal treatments to delay their menopause. Married women live with discomforts and anxieties after menopause. Fear of losing personal love, the pressure of corporate demand, myths, and the social refusal of accepting aging women with grace put women in a psychologically vulnerable state. They become obsessed with clinical beauty by putting their health at serious threat.

But why women should struggle with such abnormal believe of stay young and beautiful going beyond normalcy. The way women face the natural change of their age, so the men do. But we do not see that the men have become obsessed with their younger looks, or taking any unnecessary treatment to keep them younger (with a very few exceptions). We do not see any men be worried that their wives might have left them because they have lost their masculine grace by their age. If men are not anxious about the aging stage, then why should women be? Both are living their lives under the same natural cycle.

Women need to wake up and be conscious of their health rather than the artificial beauty. They should not take unnecessary pressure from any corner of life. They should feel blessed with their experienced age. Women should proudly feel experienced with the waist-line fat, sagging belly, drooping breasts, or wrinkles under the eyes. Every age has its own beauty and grace. Embrace it, love it. Your investment is your merit, not your beauty; and your beauty is your enjoyment, not an investment. Believe it. Let your husband or partners go if they want to; set them free if they choose it. Let the people talk about you if they are not ready to honor you. Respect yourself. Say ‘no’ to any form of biological altercations. You do not need to look younger than your actual age. Love your graceful presence on the earth. Love your life when you are young, love your life more when you are not young. Embrace your life as natural as it comes to you! Live healthily.

The writer is a development worker, working in an NGO. She has completed masters in Mass Communication and Journalism.